HAWAIʻI - On the same day the Hawaiʻi National Guard discussed the additional deployments, about 300 soldiers returned from the Middle East in "an awkward redeployment event". 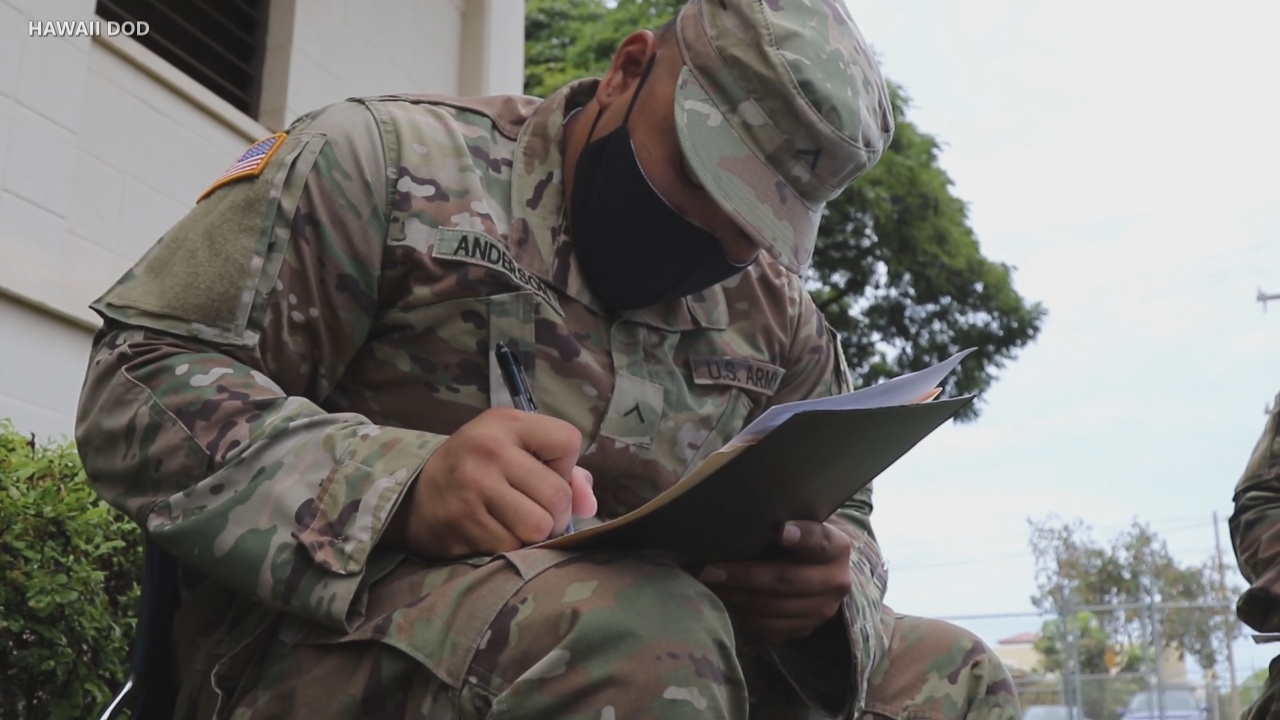 (BIVN) – The State of Hawaiʻi is deploying another 800 National Guardsmen to help combat COVID-19.

The Hawai‘i National Guard is increasing its personnel to 1,200 Guardsmen to help with the COVID-19 response. Last week, 400 Soldiers and Airmen were activated, meaning a total of 800 more Guardsmen will be brought on status to assist by tomorrow. National Guard Commanders for each island have been in contact with the county mayors and emergency management team to best help the state in its COVID-19 response. Joint Task Force Commander Brig. Gen. Moses Kaoiwi Jr. said: “I am confident that by working together, we will meet our objectives of continuing to flatten the curve and create a safe and secure environment for the people of Hawai‘i.” The National Guard has received federal funding to assist in pay and allowances for Soldiers and Airmen.

Video released by the Hawaiʻi Department of Defense through the DVIDS website shows the additional soldiers at Kalaeloa receiving their final briefings before departing to locations within the state. 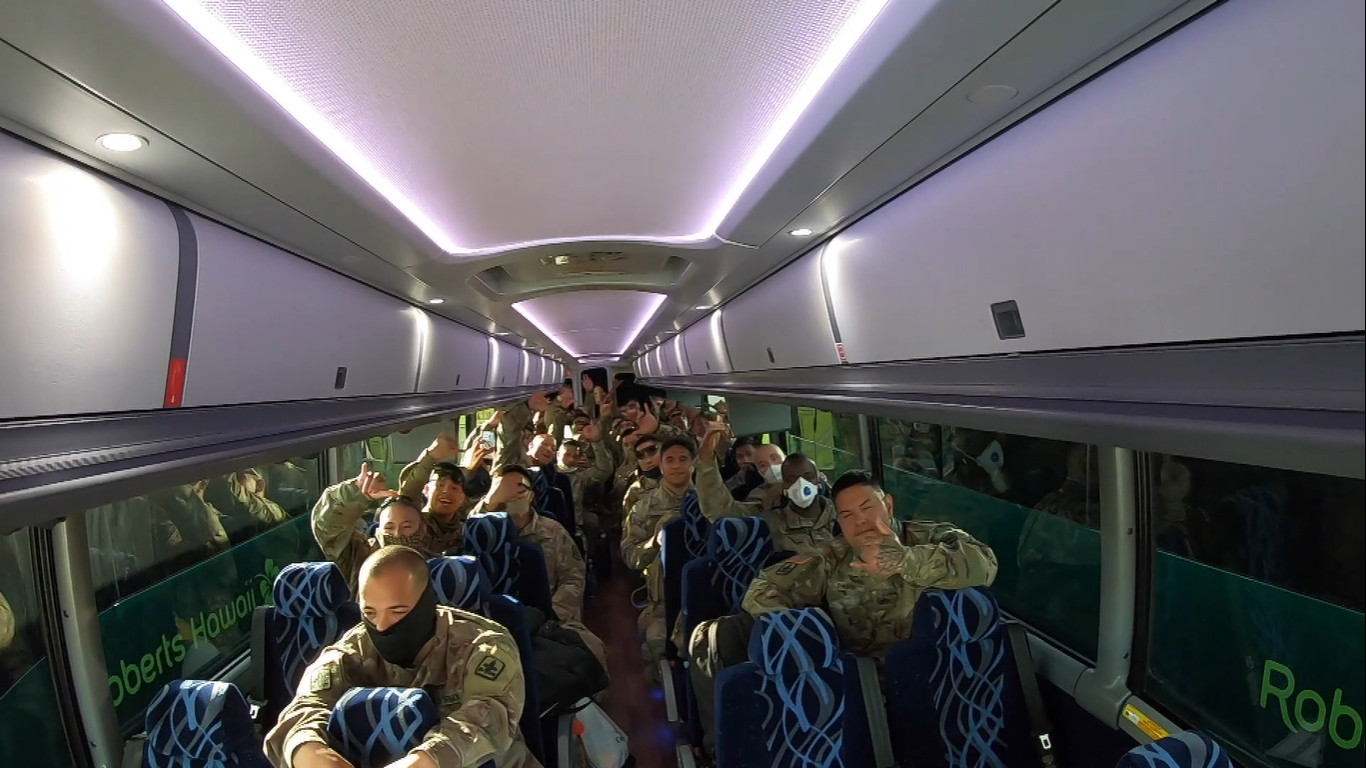 Also, about 300 soldiers returned to Hawai‘i last night after a year-long deployment in the Middle East. On Wednesday, the state announced:

A Hawaiʻi Army National Guard unit, the 1st Battalion, 487th Field Artillery, is returning home Wednesday night from a year-long deployment in Afghanistan and Iraq. About 300 Soldiers are taking a chartered flight from Fort Bliss, Texas to reunite with their families at a National Guard facility. Only two members from each Soldier’s family will be allowed to attend the reunion and they will have to stay in their cars the entire time to ensure social-distancing rules. The Soldiers completed a 14-day quarantine before leaving Texas. Once arriving in Hawaiʻi, they will be subject to the governor’s stay-at-home order.

According to a Hawaiʻi Departemnt of Defense account of the return: “They were medically screened by fellow Hawaii Guardsmen who are conducting that support mission at the Daniel K. Inouye Honolulu International Airport in response to the COVID-19 pandemic. The Soldiers’ families waited in their cars outside the 29th Infantry Brigade Combat Team Readiness Center to pick up their returning Guardsmen. The Guardsmen were released six at a time and picked up with no one exiting the car. No hugs or greetings were allowed to insure physical distancing with their friends and family. It was an awkward redeployment event that resembled a drive-thru with the products being the happiest Soldiers in the world.”