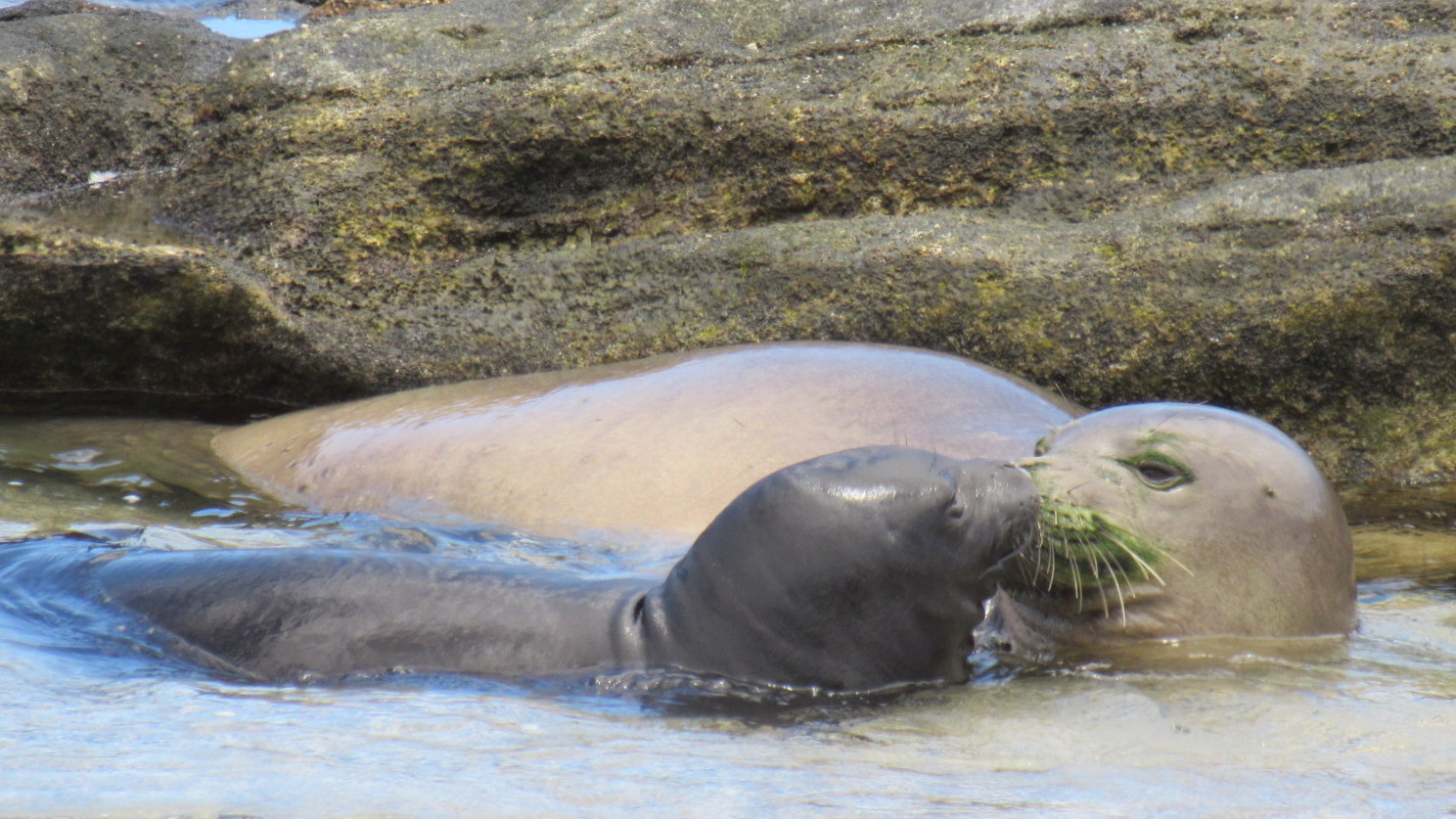 Hiwahiwa and his mother at the waters edge. Photo courtesy Hawaii DLNR.

KONA, Hawaiʻi - Off-road vehicles driving near a Hawaiian monk seal and her pup at the Mahaiʻula section of Kekaha Kai State Park is raising concerns. 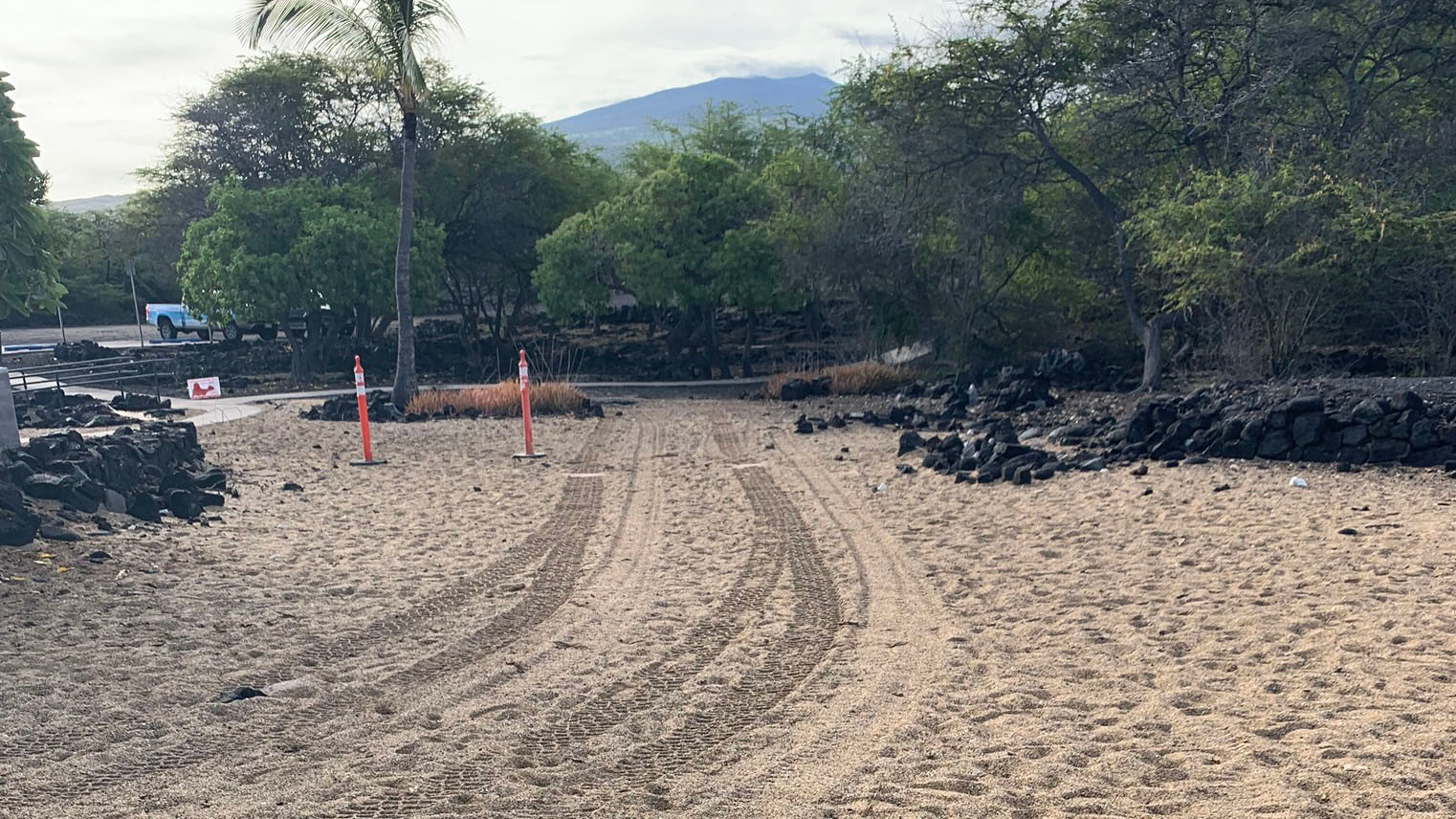 (BIVN) – A Hawaiian monk seal mother and her four-week-old pup named Hiwahiwa in Kona are being endangered by off-road vehicles, the State Department of Land and Natural Resources says.

The seals are within a cordoned off area in the Mahaiʻula section of Kekaha Kai State Park. According to a State news release:

Staff from the Ke Kai Ola animal hospital, who have been monitoring and protecting the seals, photographed tire tracks on the beach and they worry “the very active” pup could be injured or killed while roaming around the Kaʻelehuluhulu beach area. This is a big week for Hiwahiwa as his mom has left and he’s now exploring the area on his own.

“We are in the process of identifying access points that ATV’s are using and will look at putting up barricades or warning signs,” said DLNR Division of State Parks Administrator Curt Cottrell. “In the meantime, we implore operators of off-road vehicles to only ride in legal and open areas and to never ride in places that could endanger any of Hawai‘i’s wildlife. Not only could an endangered monk seal pup or adult be hurt or killed, a driver could be as well.” 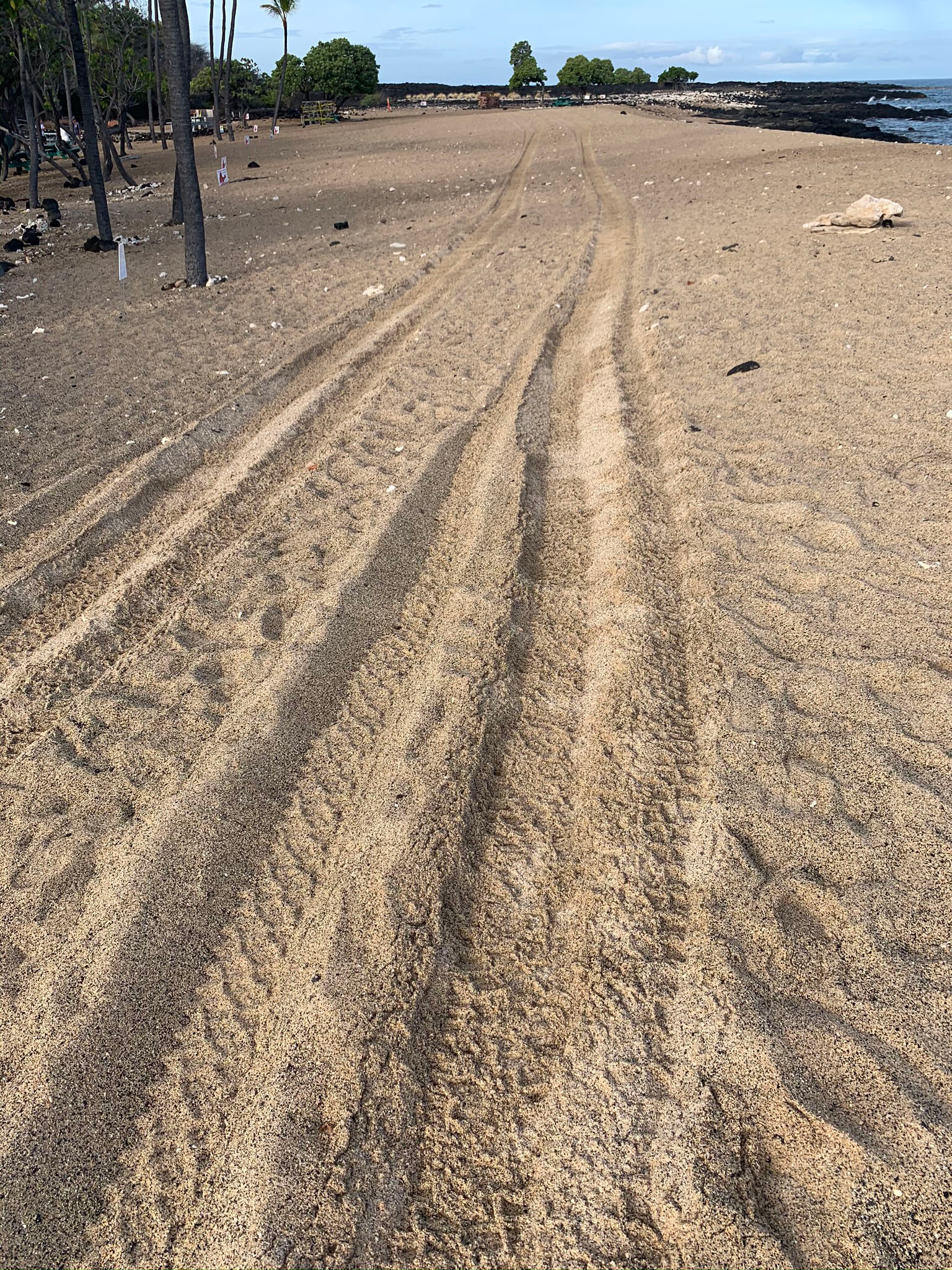