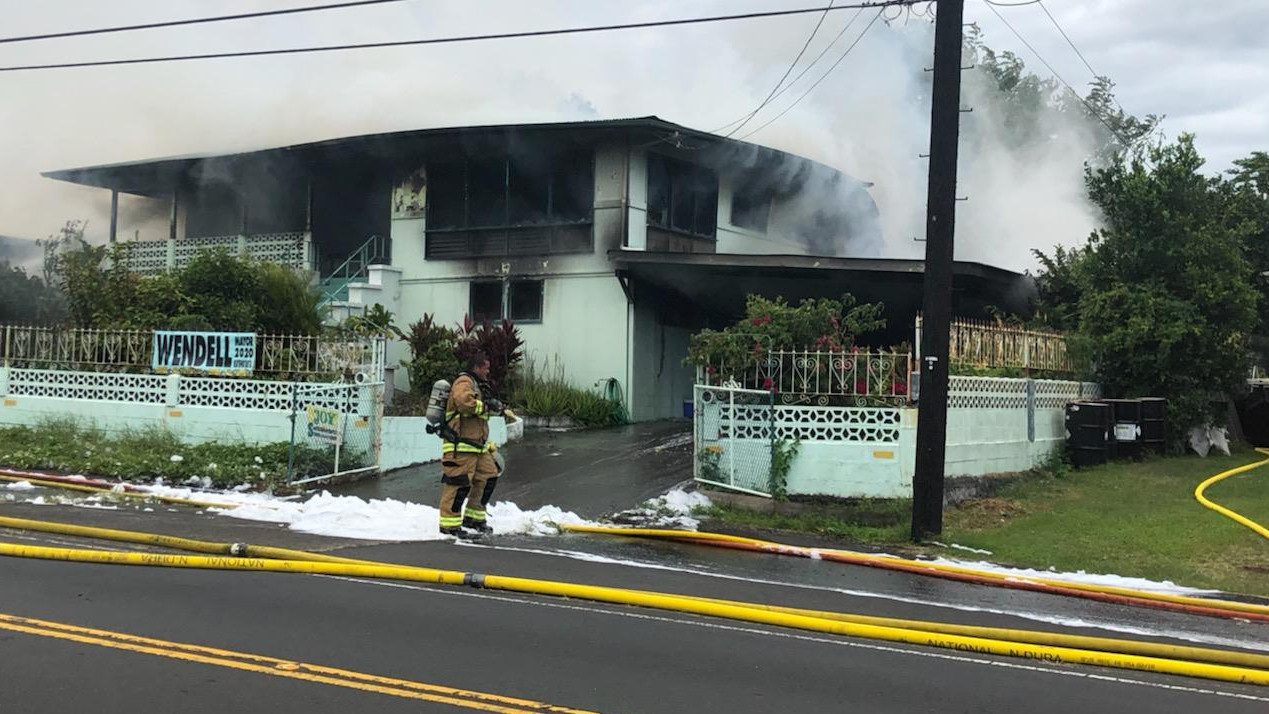 PĀHALA, Hawaiʻi - A fire gutted a family home on Kamani Street in Pāhala on Saturday, and one woman who was believed to have been trapped inside is still unaccounted for.

(BIVN) – An elderly woman is believed to have died after a fire burned her Pāhala home on Saturday, stunning the Kaʻū town.

This morning, flowers and maile adorned the fence of the Kamani Street home were Eufemia Cruz made pastries and banana bread for the community, according to the Kaʻu Calendar newspaper. Cruz was trapped inside during the fire. Her son, Orlando Cruz, was able to escape with some burns and was treated at Ka‘ū Hospital.

Fire units responded to a two story structure fire in Pahala town. Upon arrival one male self extricated and another elderly female unaccounted for. Fire crews took an offensive attack to make entry to the possible location of the missing party. Due to the size of the and intensity of the fire aided by high winds and large fuel load in the residence fire crews were forced to transition to a defensive attack which enabled them to contain the fire and damage to the single home. Cause of the fire is still under investigation with one resident unaccounted for. 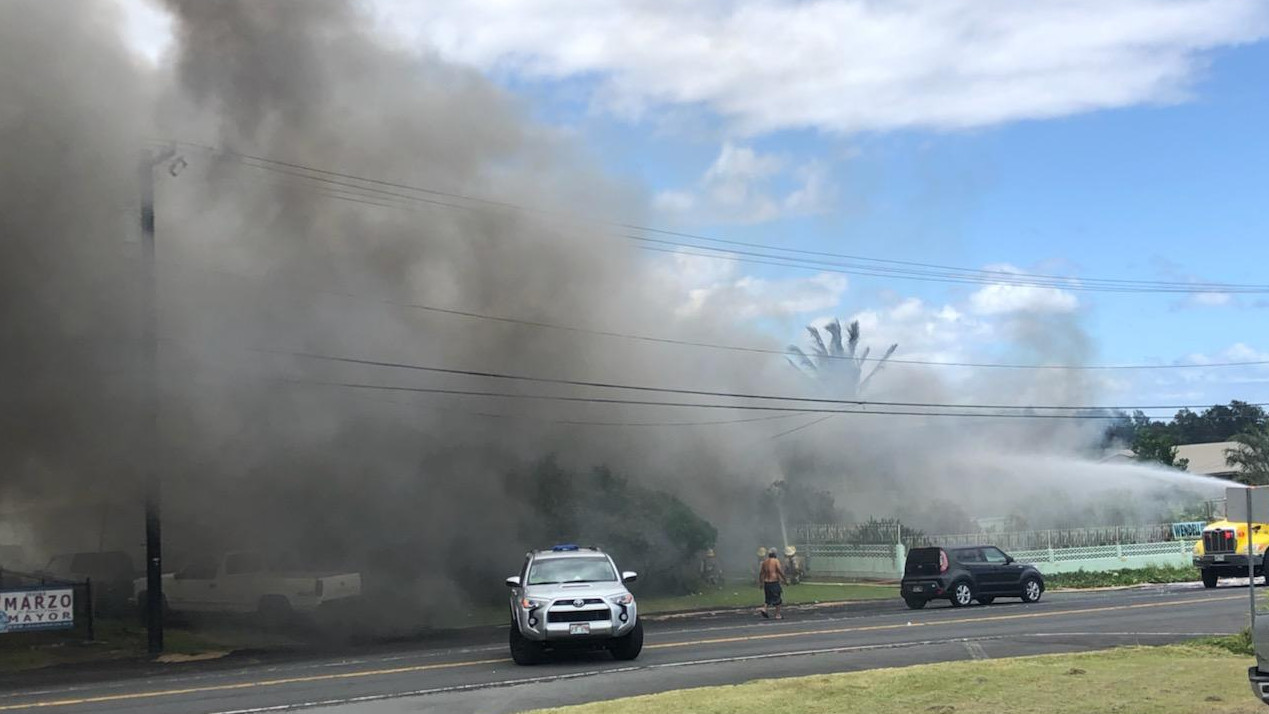 According to the Kaʻu Calendar, community members around the scene described her as the area’s last living Sakada, who came here on a ship from the Philippines to work and live in Hawaiʻi in 1946.