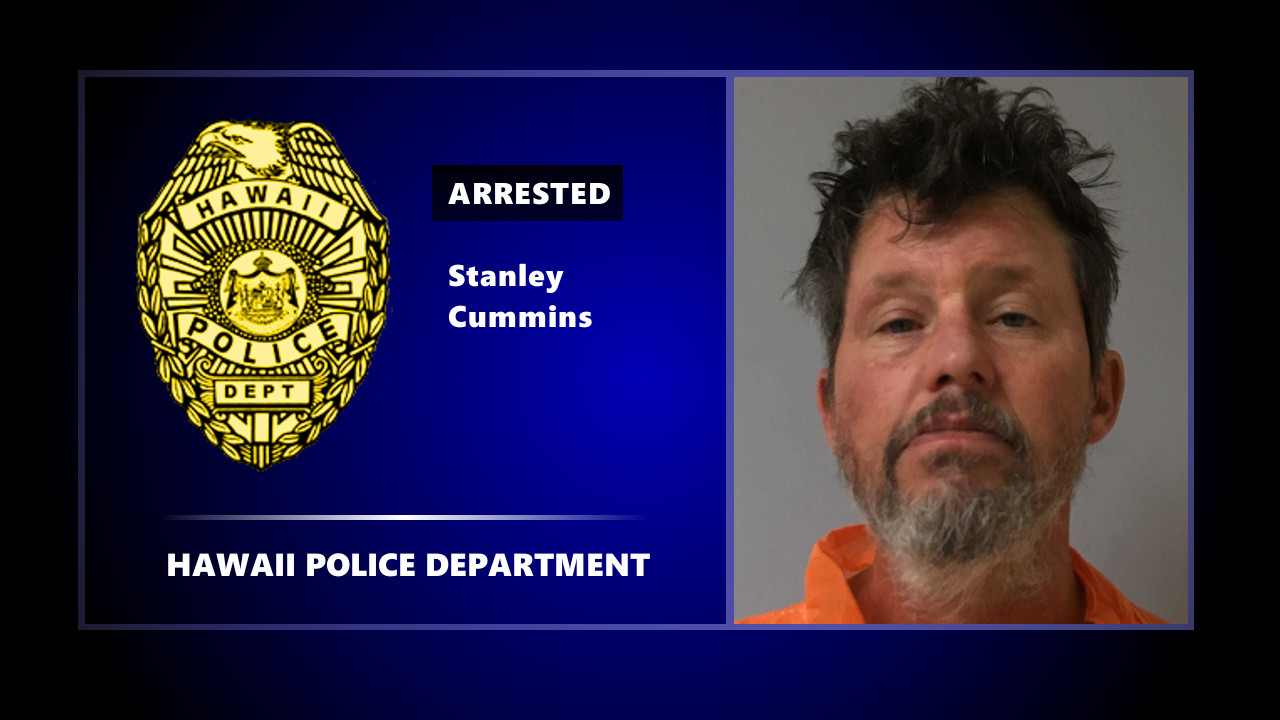 Arrest Made In Puna Murder Investigation

HAWAIIAN SHORES, Hawaiʻi - A 51-year-old Pāhoa man in connection with the murder of a man at their residence in a Puna subdivision.

(BIVN) – An arrest has been made in connection with a Puna murder investigation. Hawaiʻi County Police issued this media release on Saturday:

Hawaiʻi Island Police have arrested a 51-year-old Pahoa man in connection with the murder of a man at their residence in the Hawaiian Shores subdivision of Puna.

The suspect has been identified as Stanley Marion Cummins.

On Saturday morning (June 20) shortly before 7:00 a.m., Puna Patrol officers responded to the Hawaiian Shores home after it was reported that a male victim had been struck in the head with a bat. Upon officer’s arrival at the home, they located the victim in bed on the ground floor of the residence with apparent traumatic injuries to his head and facial area consistent with being beaten.

Police personnel immediately began performing CPR on the victim until Hawaiʻi Fire Department medics arrived; however, their efforts were unsuccessful.

At approximately 8:30 a.m., Cummins drove to the Pahoa Police Station and turned himself in to police. He was arrested without incident. He was later taken to the Hilo cellblock while detectives with the Area I Criminal Investigation Section continue the investigation that has been classified as a second-degree murder.

The victim was transported to the Hilo Medical Center where he was pronounced dead at 12:05 p.m. His identity is being withheld pending notification of next of kin.

An autopsy is scheduled for early next week to determine the exact cause of death.

Anyone who may have information about this incident is asked to call Detective Wendall Carter of the Area I Criminal Investigation Section at (808) 961-2383 or wendell.carter@hawaiicounty.gov or the Hawaiʻi Police Department’s non-emergency line at (808) 935-3311.