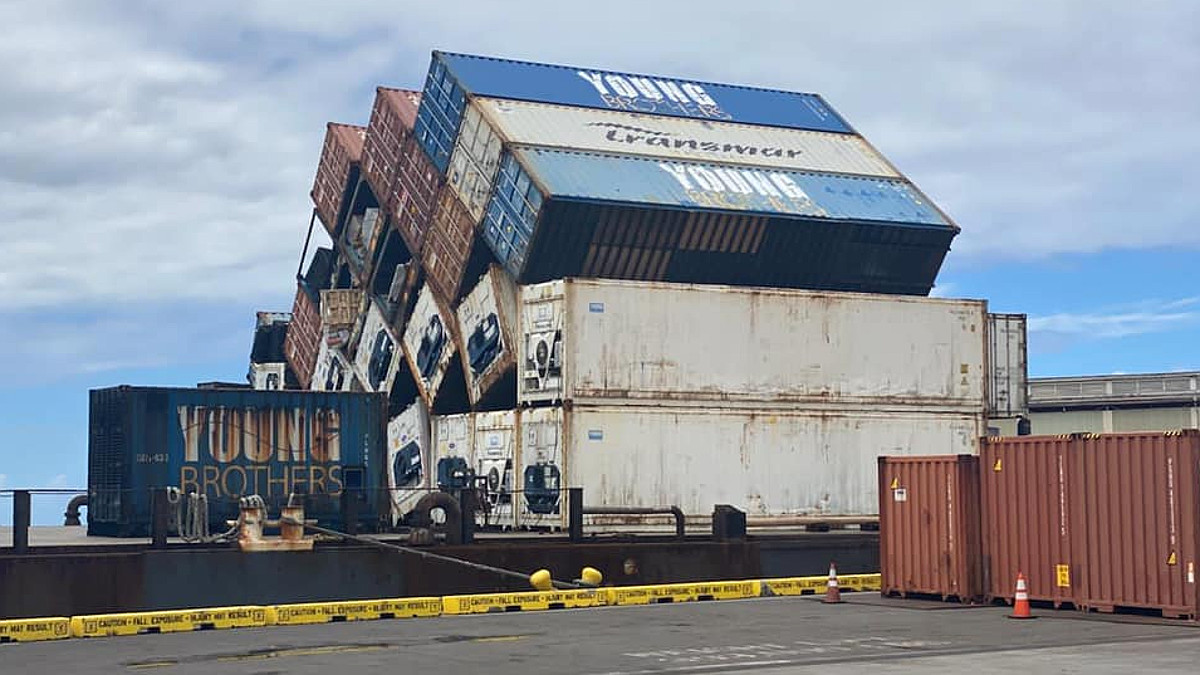 HILO, Hawaiʻi - The U.S. Coast Guard provided an update on the salvage response to the Young Brothers containers that fell overboard into the water on Monday.

On Monday, 21 containers fell overboard from the Young Brothers barge, Ho Omaka Hou. As of yesterday, nine were located and 12 were still missing.

A Cates Marine salvage team hired by the shipping company continues to search for and locate missing containers.

Two containers have been successfully towed and secured in Hilo Harbor. Another two containers are located and marked. Cates Marine personnel will continue retrieving known containers throughout the day from the original cluster of nine. The four containers previously mentioned are part of this nine, located about 8 miles north of Hilo. A 250-ton crane has been contracted to lift containers out of the water in Hilo by American Marine.

Plans are in place to begin operation to remove the recovered containers from the water in Hilo Harbor tomorrow morning. The company has developed a salvage plan to offload the barge and will submit it to Coast Guard Sector Honolulu personnel for review and approval. Once begun, offloading in expected to take several days. Only one container has been found to contain hazardous materials in the form of small household cleaners and usage materials. This container is on the barge and not in the water. Twelve containers remain unaccounted for; aerial overflights were conducted today with no additional sightings.

Coast Guard personnel are working with the company, Young Brothers, to investigate the incident. The event has been deemed a reportable marine casualty, meeting the criteria for such designation under the US Code of Federal Regulations. The National Transportation Safety Board has been advised and is acting in a supporting role. Young Brothers is also conducting an independent investigation into the incident.

A Coast Guard broadcast notice to mariners remains in effect for the waters off Hilo to advise mariners to use extra caution while transiting the area and keep a sharp lookout for any signs of containers that may present a hazard to navigation.

On Tuesday, State Senator Kai Kahele, who has been following the situation closely, shared more photographs of the toppled containers on the docked barge.