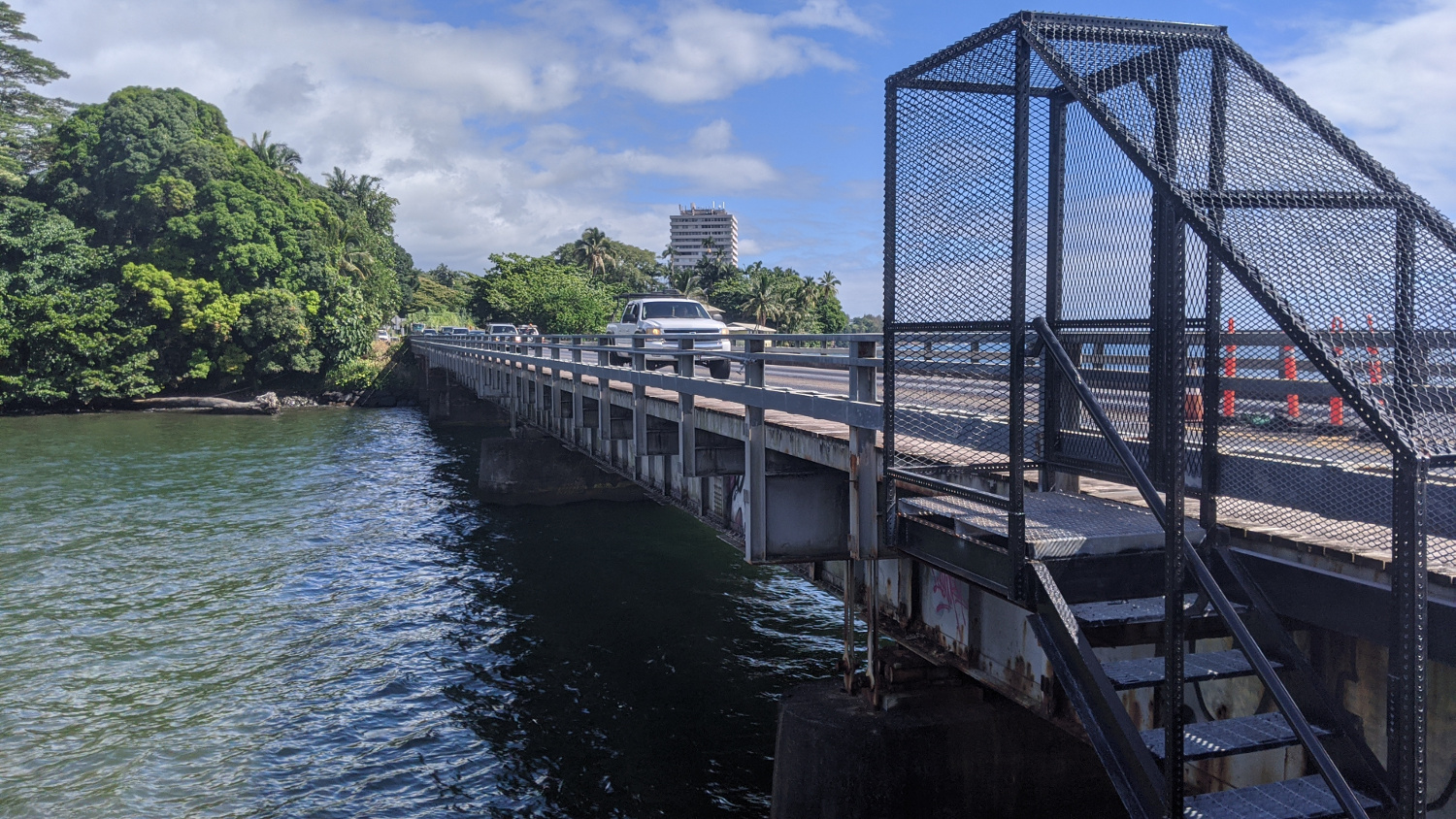 HILO, Hawaiʻi - The Wailuku Bridge was reopened Tuesday morning after officials deemed it was safe to drive on.

(BIVN) – The Wailuku Bridge – Hilo’s famous “Singing Bridge” on the north end of town – was closed overnight due to a fire at a homeless encampment underneath. Traffic was rerouted via Wainaku Street.

A fire dispatch said that “calls came in for smoke coming through the roadway of the Wailuku bridge / Highway 19” just before 8 p.m., and firefighters arrived to find a 10 ft. by 15 ft. homeless encampment with plywood walls engulfed in flames. The encampment was under the bridge on north abutment, underneath the asphalt decking on the north approach.

The burning encampment contained various household items, “including cooking appliances and a magnesium motorcycle engine, which is inextinguishable by water,” the fire department stated, adding that magnesium is highly reactive to water when burning.

“Central Fire Station and the Kaumana Fire personnel extinguished and overhauled the fire scene using foam and water, State Dept. of Transportation personnel were on scene assessing the damage to the structure,” the fire department wrote.

No injuries were reported. The items in the encampment were unable to be salvaged, fire officials said, and the loss was estimated at $200. The cause of the fire is unknown.

Police have since reopened the bridge to motorists.