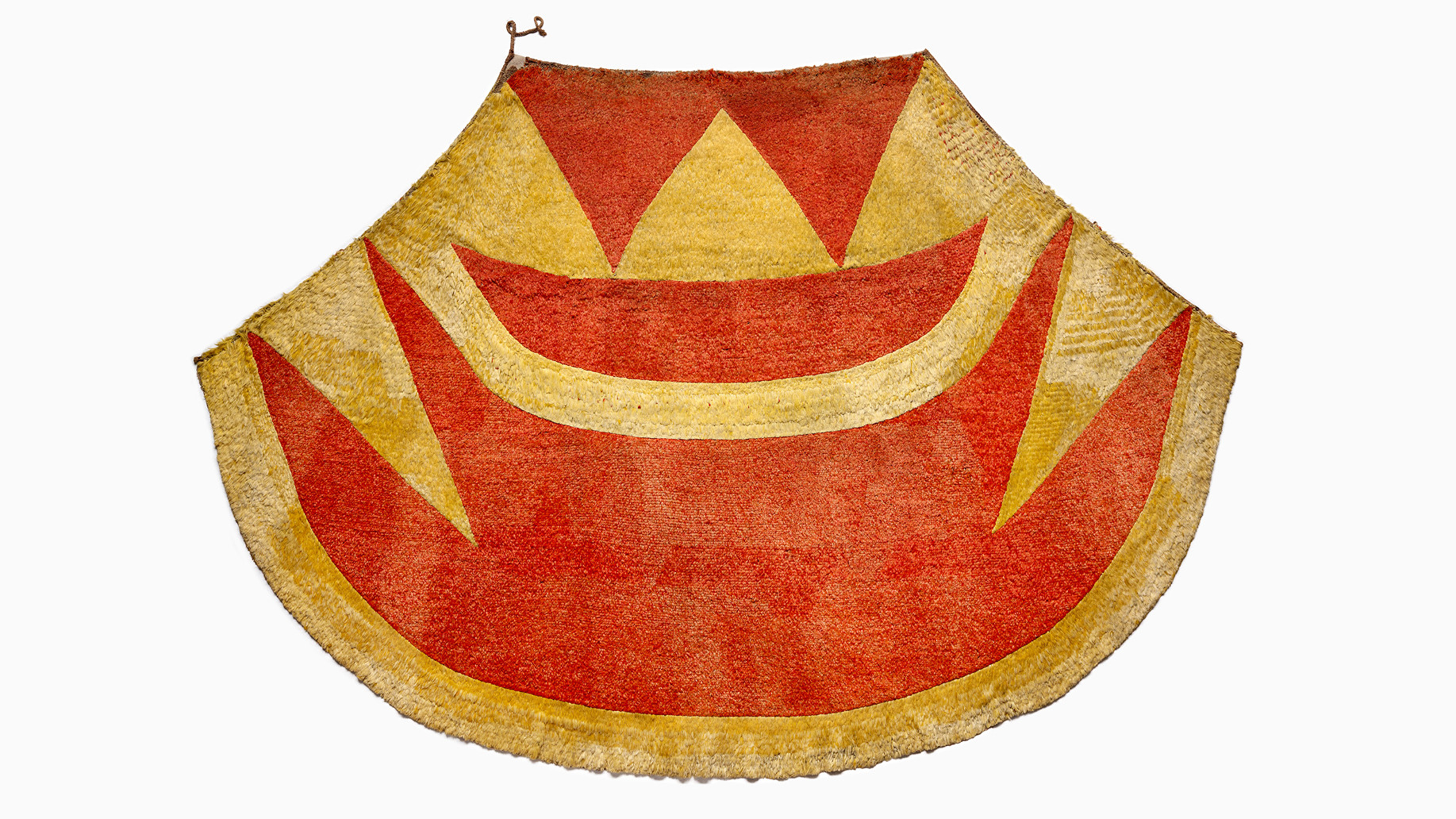 Feather Garments Gifted To Captain Cook Will Stay In Hawaiʻi

HAWAIʻI - The ʻahu ʻula and mahiole were gifts from Hawaiian Chief Kalani‘ōpu‘u and have been in Museum of New Zealand Te Papa Tongarewa's collection since 1912. 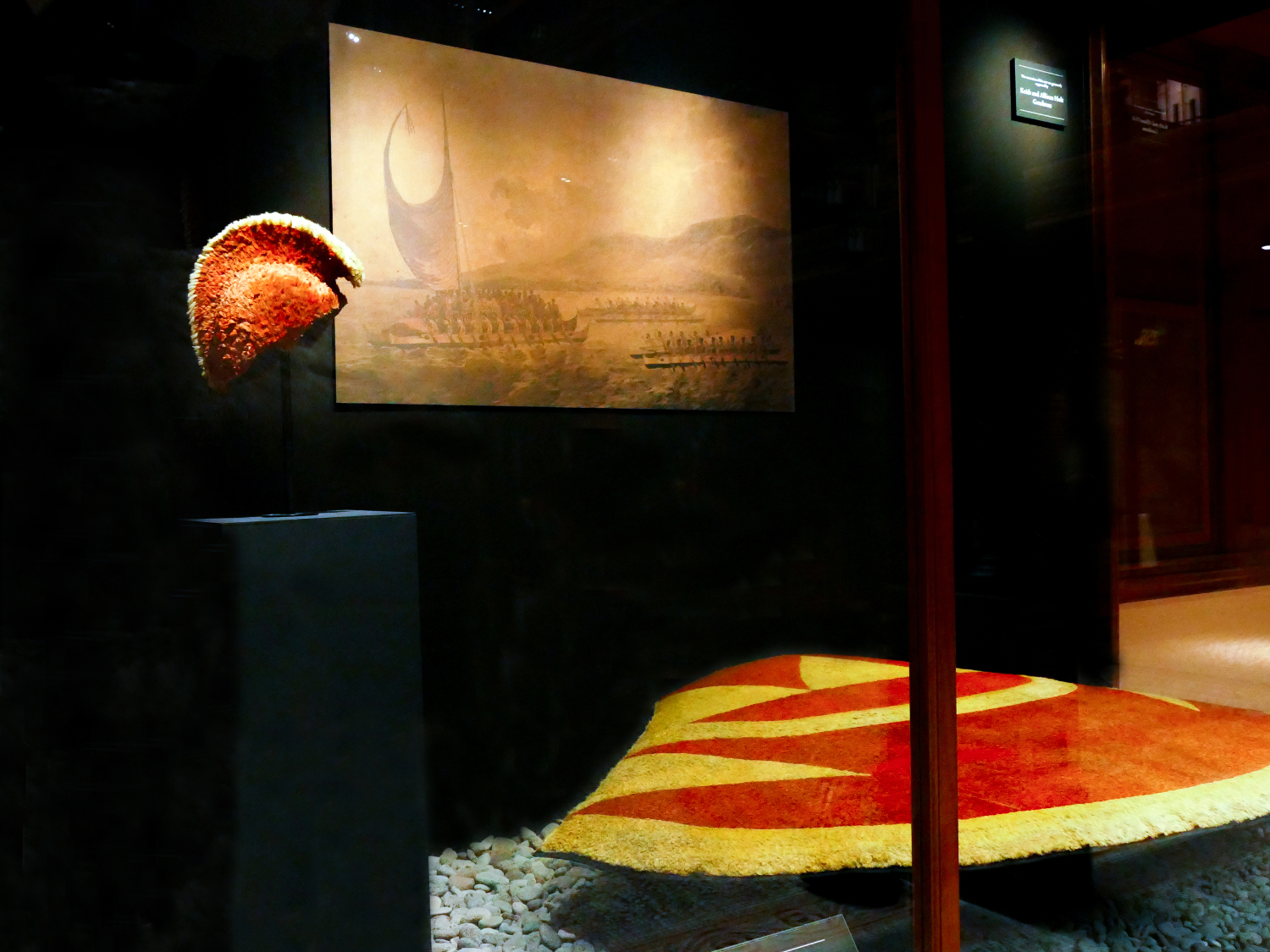 (BIVN) – An ʻahu ʻula (feather cloak) and mahiole (feather helmet) that were gifted to Captain James Cook by Hawaiian Chief Kalani‘ōpu‘u, will remain in Hawaiʻi in perpetuity after initially being returned by the Museum of New Zealand on a long term loan.

Kalani‘ōpu‘u is said to have given the ʻahu ʻula and mahiole as a demonstration of his goodwill to Captain Cook at Kealakekua Bay in January 1779. One month later, Cook unexpectedly returned to Kealakekua, where a series of disagreements with the Hawaiians led to the captain’s death.

Bishop Museum confirmed that the items will now be held in trust for the people of Hawai‘i. The cherished items have been in the Museum of New Zealand Te Papa Tongarewa’s collection since being gifted to the museum in 1912. In March 2016, the items were returned to Hawaiʻi and held by Bishop Museum in Honolulu.

Bishop Museum shared the details in this media release:

This historic repatriation is the result of a close partnership between the Office of Hawaiian Affairs, The Museum of New Zealand Te Papa Tongarewa, and Bernice Pauahi Bishop Museum. It is also supported by the descendants of Lord St Oswald, who donated the items to New Zealand’s Dominion Museum in 1912.

Arapata Hakiwai, Kaihautū (Māori co-leader) of Te Papa said it was an honour to be able to return these taonga permanently to the people of Hawai‘i.

“These priceless treasures have so much to tell us about our shared Pacific history. We are honoured to be able to return them home, to reconnect them with their land and their people,” said Dr Hakiwai.

“Woven into these taonga is the story of our Pacific history, with all its beauty, challenges and complexity. When I see these treasures, I’m reminded about the whakatauki or proverb–‘He Toi Whakairo, He Mana Tangata’: ‘Where there is artistic excellence, there is human dignity.’”

“Te Papa was founded on the principle of Mana Taonga, which recognises the deep connections of taonga to their source communities. Returning these taonga to Hawai‘i is a powerful example of that principle in action,” said Dr Hakiwai.

“We were honored to be part of the effort to permanently return these beloved items home, where they will continue to inspire future generations of Native Hawaiians. We extend a warm mahalo (thanks) to the Museum of New Zealand Te Papa Tongarewa, Bishop Museum, former OHA CEO Kamanaʻopono Crabbe, and all of those, past and present, who made this possible.”

“After more than a century in Te Papa’s care, we are humbled to accept the kuleana (responsibility) of caring for the ʻahu ʻula and mahiole of Kalaniʻōpuʻu. Together with our partners at OHA and members of our community, we have witnessed these precious pieces of our cultural heritage return home. With their extraordinary presence, they give the people of Hawai‘i a tangible connection to the past, and to ancestors whose mana remain strongly rooted. The impact of this gift will be felt for generations, and we will honor Te Papa’s inspirational act of leadership and generosity with our commitment to strengthen the kinship between our peoples and institutions. We offer our deepest gratitude and aloha to our friends in Aotearoa, and look forward to all that we will do together as a Pacific community,” said Melanie Y. Ide, President and CEO, Bishop Museum.

How Cook received the cloak and helmet

In late January 1779, the chief of Hawai‘i Island, Kalani‘ōpu‘u, a descendant of the great chief Līloa of Waipiʻo, greeted an English captain named James Cook after his ship made port in Kealakekua Bay.

As a demonstration of his goodwill, Kalani‘ōpu‘u gifted the ‘ahu ʻula (feathered cloak) and mahiole (feathered helmet) he was wearing to Captain Cook. According to Cook’s Lieutenant James King, the chief “got up & threw in a graceful manner over the Captn’s Shoulders the Cloak he himself wore, & put a feathered Cap upon his head…”[1]

On the 4th of February, Cook left Kealakekua Bay, but he unexpectedly returned on the 13th after his ships were damaged in a storm. After a series of disagreements with the Hawaiians, a confrontation ensued. Several Hawaiian chiefs and a large number of commoners were killed or wounded. James Cook and four of his men also lost their lives.

History of the items after Cook

After the ‘ahu ‘ula and mahiole left on Cook’s ship, both were taken to England and passed through the hands of various museum owners and collectors. They eventually came under the care of Lord St Oswald, who unexpectedly presented his entire collection in 1912 to the Dominion Museum in New Zealand, the predecessor of Te Papa Tongarewa.

In 2013, discussions began among Bishop Museum, Te Papa and the Office of Hawaiian Affairs to bring these treasures back to Hawai‘i, culminating in the loan in 2016, and this formal repatriation.

About the ‘ahu ʻula (cloak) and mahiole (helmet)

For Native Hawaiians, the ‘ahu ‘ula, mahiole, and all other featherwork were reserved exclusively for the use of their ali‘i (royalty), symbolizing their chiefly divinity, rank and power. It embodied the life essence of a thriving abundant environment which is the telltale sign of leadership, as it takes a healthy forest ecosystem to produce enough bird feathers and cordage to make these regal pieces.

The construction of featherwork in ancient Hawai‘i required an incredible amount of labour and craftsmanship. This ‘ahu ‘ula in particular has feathers from about 20,000 birds. Skilled trappers caught the birds by employing various techniques such as snaring their prey midair with nets, or using decoy birds to lure them onto branches coated with a sticky substance. Skilled workers belonging to the aliʻi class crafted the olonā cordage backing, a netting used as the foundation for the cloak, onto which the bundles of feathers were attached, creating bold designs.

“The ʻahu ʻula and mahiole left their homeland at the end of the season of Lono in 1779 and the memory they hold in their very fiber is that of a healthy, abundant, sovereign society,” said Mehanaokalā Hind, director of community engagement with the Office of Hawaiian Affairs, and a lineal descendant of Kalani‘ōpu‘u. “They will serve as a physical reminder to help guide Native Hawaiians in their pursuit of a thriving society.”

The feathers of 20,000 birds were needed to make the cloak

Nā Hulu Lehua The Royal Cloak and Helmet of Kalaniʻōpuʻu by OHA, published to Vimeo three years ago.