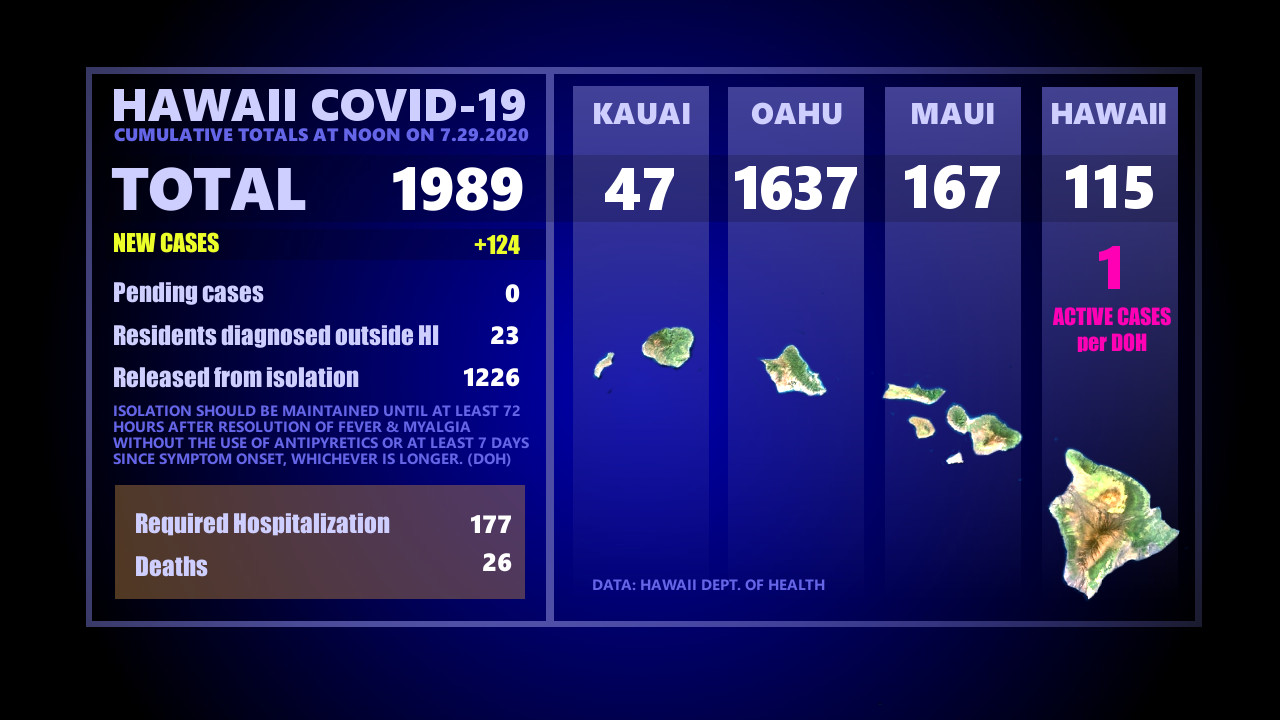 HAWAIʻI - Another day, another record single-day increase in new COVID-19 cases has been reported in the State of Hawaiʻi, the health department reports. Most cases are on Oʻahu.

(BIVN) – 124 new cases of COVID-19 were reported by the Hawaiʻi Department of Health at noon on Thursday, a new single-day record for the State of Hawaiʻi.

Hawaiʻi island has had the good fortune of seeing its case count decrease, as a result of updated information. Three days ago, the total cumulative case count for Hawaiʻi island was 117. Today, that total number is 115. The Hawaiʻi Department of Health reported that of those 115 cases, 114 have been released from isolation, indicating that one (1) case is active.

Today marks 18 weeks since the state’s mandatory 14-day self-quarantine started for all passengers arriving in Hawaii from out of state. Yesterday, 2,380 people arrived in Hawaii. During this same time last year approximately 35,000 passengers arrived in Hawaii daily, including residents and visitors. This table shows the number of people who arrived by air from out of state yesterday and does not include interisland travel. This data was collected from the Hawaii Department of Transportation’s (DOT) Mandatory Travel Declaration Form.