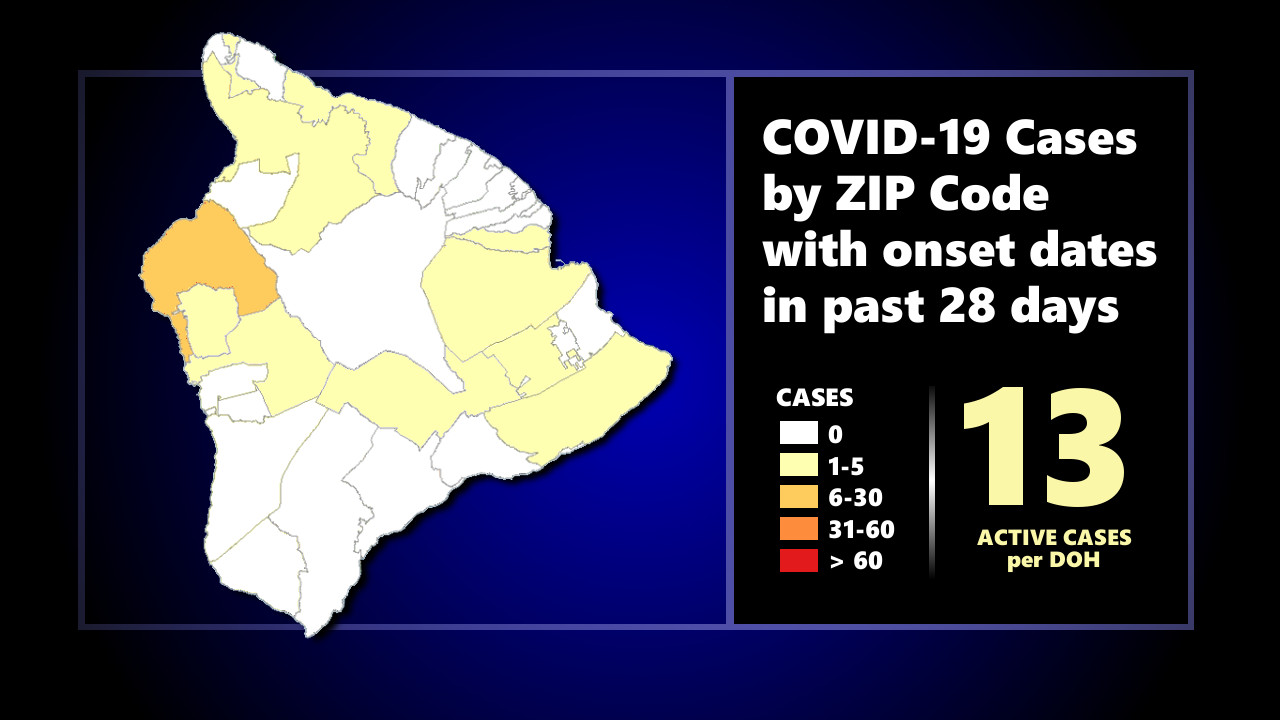 BIVN graphic features the number of “active” cases as indicated by the Hawaiʻi Department of Health today, and an updated map showing zip code areas with reported cases having onset dates in the past 28 days according to the Hawaiʻi health department.

HAWAIʻI - The State of Hawaiʻi at noon on Saturday reported one new death, and another record daily count of 231 cases statewide. 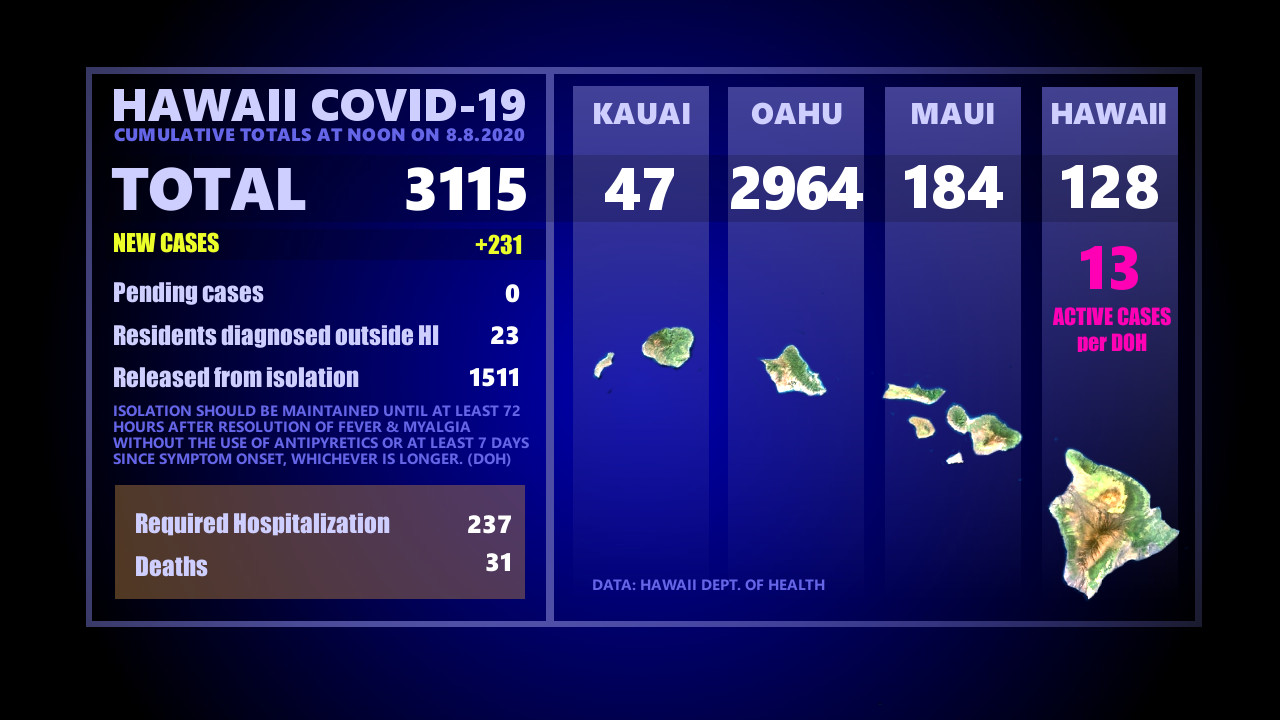 There was also another reported death. The Hawaiʻi health department says an O‘ahu man, older than 60, passed away yesterday. His death is being recorded as the 31st since the pandemic began. Officials added that the previously reported death of an elderly O‘ahu female has been removed from the tally. “Her attending physician assessed she likely died from an underlying condition,” the State said.

Health Director Bruce Anderson again extended the sympathies of everyone in Hawai‘i to the family and friends of the latest death. “Unfortunately, with the dramatic surge in cases, we can expect more deaths in the coming weeks,” said Anderson. “Hospitals throughout Oahu are transferring patients and opening up new specialized COVID units to handle the surge in patients that is expected over the next couple of weeks.”

The five new cases on the Big Island brings the number of active cases in Hawaiʻi County to thirteen (13).

“The Island of Oahu has seen a large increase in the number of positive cases due to gatherings,” the Hawaiʻi County Civil Defense stated in a morning message. “We need your help in taking special care when socializing and gathering. Do know special events, such as concerts and all other large gatherings, do require a permit. Everyone must do their part by following the preventive measures of face coverings, cleanliness, keeping yourself healthy, of staying at home when sick, and distancing. Thank you for taking the effort to keep our neighbors, friends, family and community safe.”

The State of Hawaiʻi is also seeking close contacts of anyone who visited a “Honolulu gentleman’s club”. UPDATE (1:41 p.m.) – The State provided this CORRECTED information:

An employee of a Honolulu gentleman’s club, who was sick, worked at a different club than the one originally identified by the Hawai‘i Dept. of Health. The clarification about the identification of the club came into DOH leadership after-hours on Friday and the department regrets the error. DOH is attempting to identify the club where the worker danced on July 25th as health investigators have been unable to identify all close contacts who potentially could have been exposed to COVID-19.

State Epidemiologist Dr. Sarah Park said, “Given that people may be infectious before they recognize they have symptoms, anyone who visited the dance club between the 23rd and 25th of last month should contact their healthcare provider, especially if they have symptoms, as they potentially could have been exposed to COVID-19.”

From the Hawaiʻi Tourism Authority on Saturday:

Yesterday, 2,191 people arrived in Hawaii. During this same time last year approximately 38,000 passengers arrived in Hawaii daily, including residents and visitors. The state’s mandatory 14-day self-quarantine started on March 26th for all passengers arriving in Hawaii from out of state. This table shows the number of people who arrived by air from out of state yesterday and does not include interisland travel. This data was collected from the Hawaii Department of Transportation’s (DOT) Mandatory Travel Declaration Form.