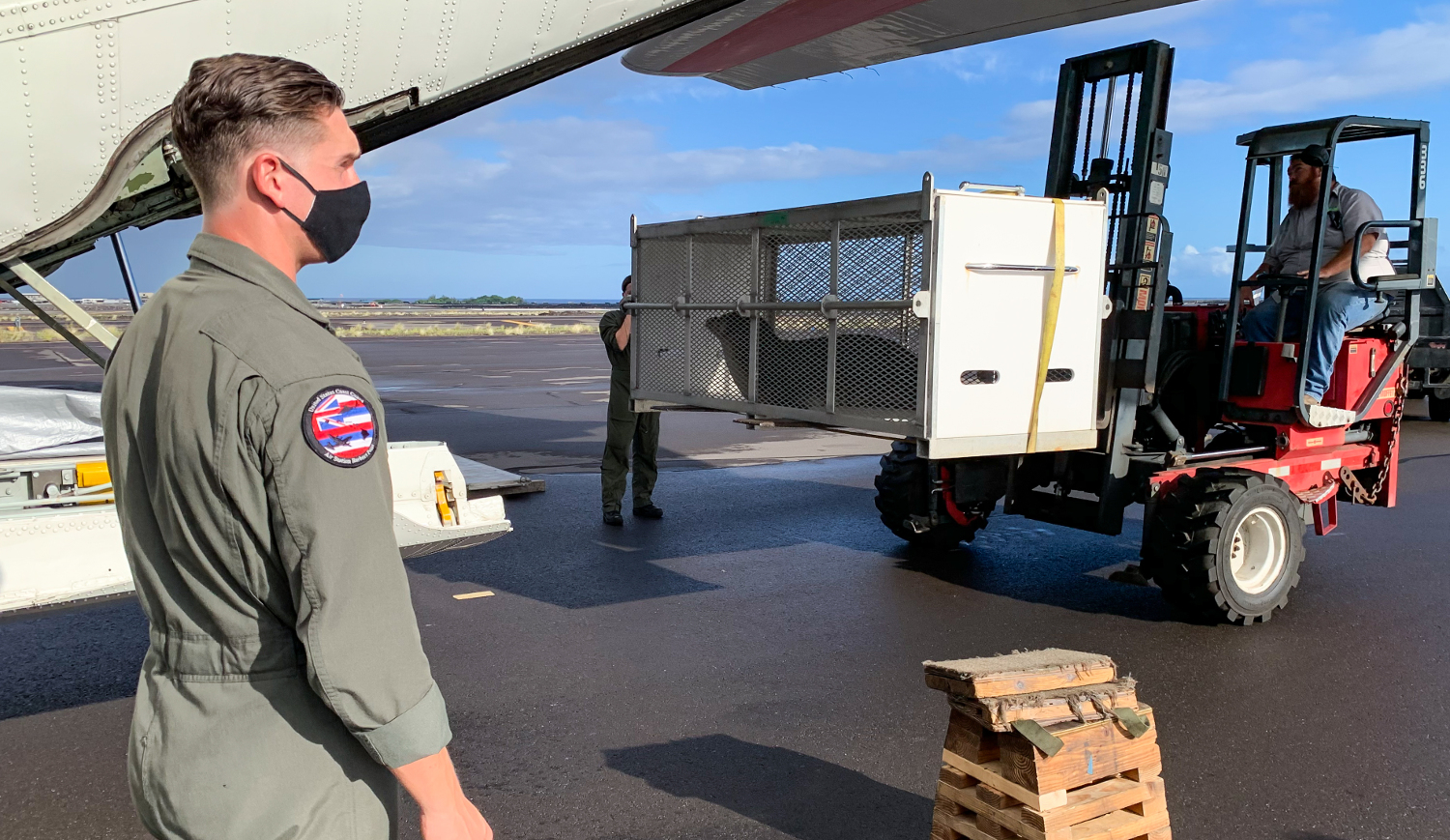 After A Stay In Kona, Hawaiian Monk Seals Returned To Midway For Release 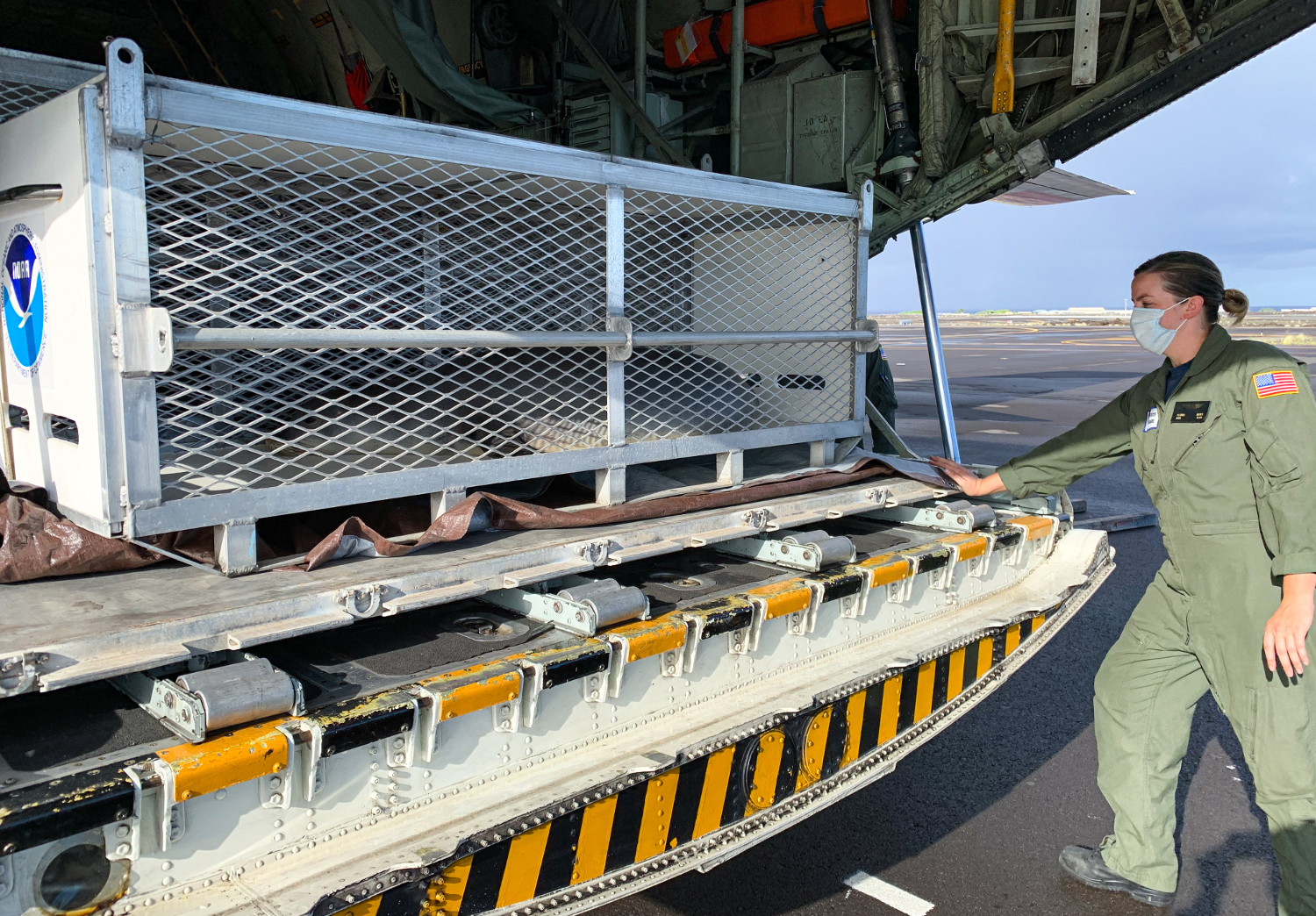 The U.S. Coast Guard provided photos of the operation, and this media release:

“To return four female Hawaiian Monk Seals back to their ocean home is an incredible success story and a significant boost to an endangered population where the survival of every individual is critical,” said Dr. Cara Field, Medical Director, The Marine Mammal Center. “This success story highlights the importance of our ongoing partnerships to help save this species.”

Midway Atoll National Wildlife Refuge is located on the northern end of the Hawaiian archipelago, and provides a sanctuary/haven for millions of seabirds and over 60 Hawaiian Monk Seals. For more than 13 years, the collaboration between the Coast Guard, The Marine Mammal Center, and NOAA has yielded the successful rehabilitation and release of more than 50 Hawaiian monk seals across the archipelago. The Coast Guard transports six marine mammals on average each year in conjunction with other missions.

The four seals—named Hilina’i, Leimana, Make Kilo, and Ka’ena—were rescued by federal wildlife officials due to the unlikelihood that they would survive in the wild given their smaller size and inability to cope with harsher weather conditions. The four seals were taken to Ke Kai Ola for rehabilitation. They spent over 10 months in rehabilitation battling multiple ailments, including malnutrition. The treatment proved effective and each of the seals saw weight gains in excess of 115 pounds—some tripling in weight—prior to their release.

“NOAA researchers rescued these four female seals as weaned pups in the Northwestern Hawaiian Islands in the fall of 2019,” said Dr. Michelle Barbieri, veterinarian, The Marine Mammal Center and NOAA Fisheries. “They had a near zero chance of survival if left in the wild, but this effort has given them a second chance.” 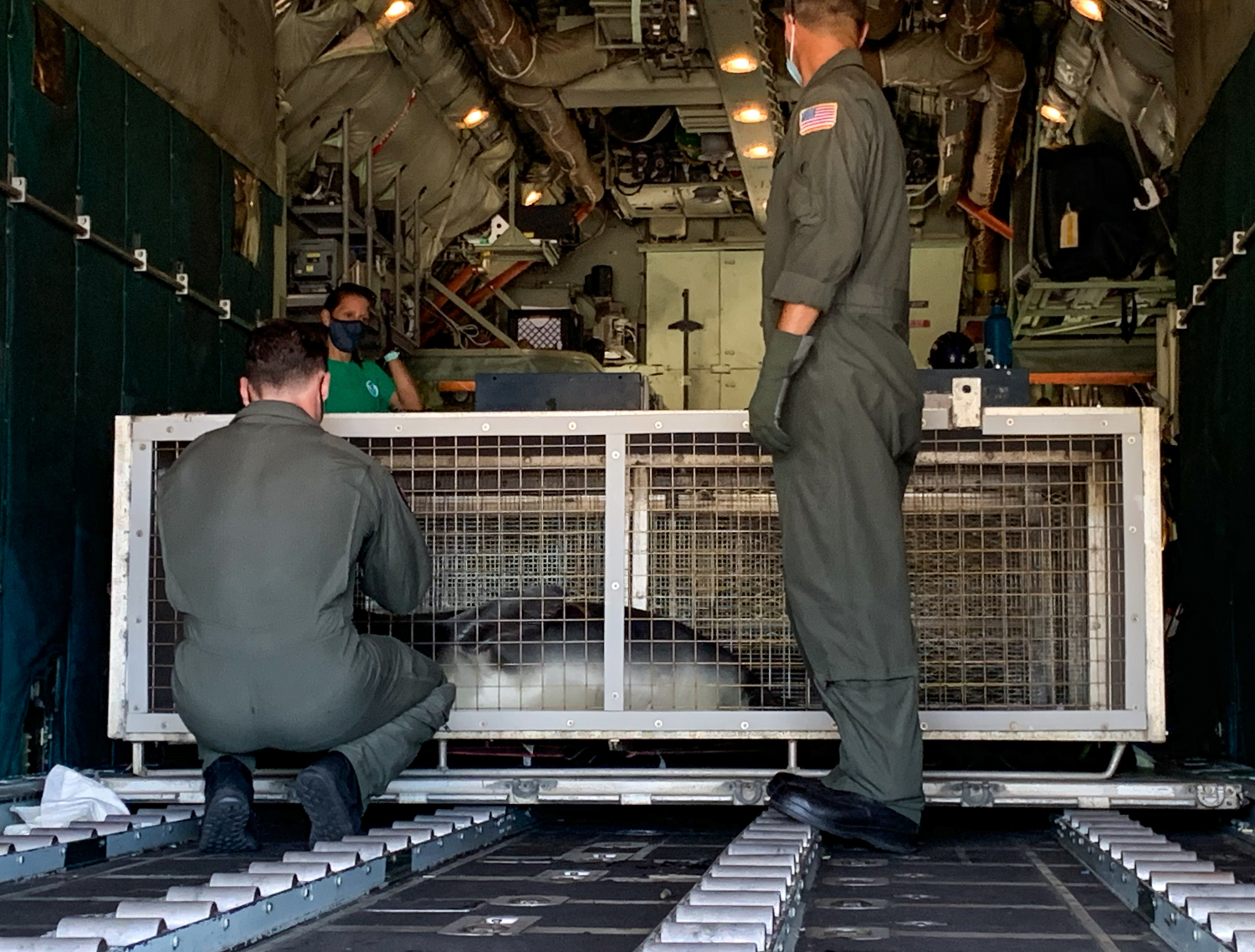 The Monk Seal pups were transported via a Coast guard HC-130 Hercules aircraft from Hawaii Island to Midway Island. The Coast Guard crew conducted multiple safety briefings and precautions to ensure the safety of the passengers aboard, the crew, and the Monk Seals. Novel Coronavirus (COVID-19) precautious were implemented, including the wearing of face masks, adherence to social distancing standards, and an emphasis on frequent hand-washing and hygiene.

“We conduct routine flight operations and training exercises throughout the Hawaiian islands,” said CDR James Morrow, pilot, Coast Guard 14th District. “One of the Coast Guard’s core missions includes the protection of all marine life and we take pride in the opportunity to assist our partner agencies like The Marine Mammal Center and NOAA in recovery efforts of endangered animals.”

The release of Hilina’i, Leimana, Make Kilo, and Ka’ena, marks a significant success story in the battle to save the endangered species from becoming extinct. The Hawaiian Monk Seal population is now estimated to be around 1,400 seals, and although current numbers are approximately one-third of historic population levels, recovery efforts such as this have helped slow the declining population.