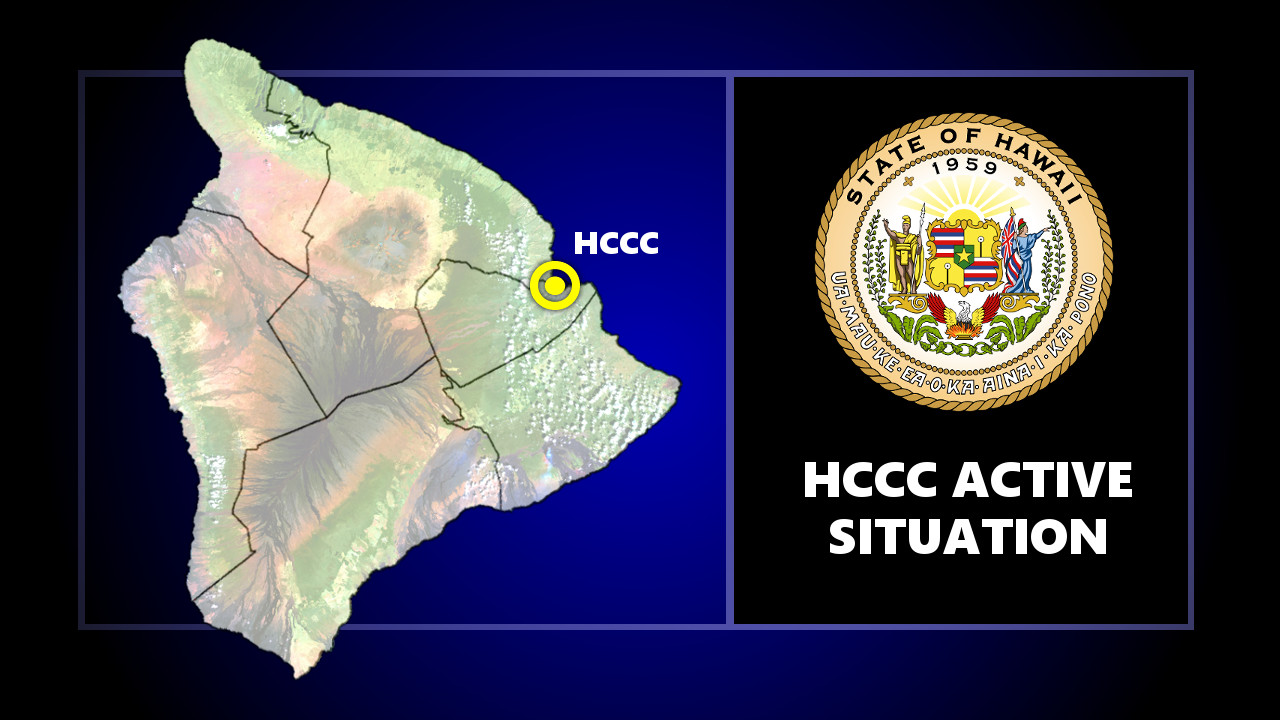 HILO, Hawaiʻi - The Department of Public Safety confirmed on Tuesday evening that there is an active situation at the Hawaii Community Correctional Center in Hilo.

NOTE: In the headline of this story, the term “disturbance” was changed to “riot” after the term was used by Hawaiʻi Island Police to describe the situation.

(BIVN) – Inmates in the A-wing of the Wainuenue housing module of the Hawaii Community Correctional Center in Hilo “have set a fire and barricaded doors” on Tuesday, leading to an emergency response from firefighters and law enforcement.

The Hawaiʻi Department of Public Safety provided this message on Tuesday at 5 p.m. HST:

The Hawaii Community Correctional Center has reported unrest that began at 3:45 p.m., involving inmates in the A-wing of the Wainuenue housing module. Inmates have set a fire and barricaded doors. Hawaii Fire Department is on the scene along with Hawaii Police and State Sheriffs who were called to assist. Emergency response teams made up of correctional officers, with the assistance of Hawaii Police and Sheriffs, are responding. It is an active situation. We will provide updates when we have more information.

Earlier on Tuesday, in an alert from the County of Hawaiʻi, the Hawaiʻi Police Department reported that the intersection of Komohana Street and Waianuenue Avenue in Hilo was “closed due to a fire.” Police urged motorists to use the Mohouli Extension as an alternate route.

UPDATE – (6 p.m.) – This update was provided by the Hawaiʻi Police Department:

Sometime earlier there was an affray leading to rioting at the facility including the setting of fire to a housing unit. It has not yet been determined the cause of the brawl at the facility and it was not determined how much damage has been done. State Personnel are evacuating inmates from the facility so that an assessment can take place to determine the extent of the damage to the facility.

Police assisted State Corrections officers in establishing a perimeter around the facility shutting down Wainuenue Avenue and parts of Komohana Street, that still remain closed indefinitely while the state investigates the incident.

There were some reported injures to inmates from the affray, and corrections officers suffered smoke inhalation and respiratory issues from the incident. There are no major injuries being reported at this time.

Responding to the facility in addition to police were two Hawaii Fire Department station units, State Sheriffs and the State Corrections Officers.

The fire has been extinguished and the assessment process is being performed on the injured people before a facility check can take place.

Further inquiries can be made to Captain Ben Catriz of the Department of Public Safety, State Corrections Division.

UPDATE – (6:30 p.m.) – The Public Information Officer for the Hawaiʻi Department of Public Safety provided this update on the situation at HCCC:

The situation at the Hawaii Community Correctional Center (HCCC) is contained. Emergency response teams made up of correctional officers from Hawaii Community Correctional Center (HCCC) and Kulani Correctional Facility used non-lethal means to subdue inmates, gain compliance and bring order back to the housing unit by 5:30 p.m. The PSD Institutions Division Administrator is on his way to Hilo to assess the situation at the facility. Damage to the housing unit is being assessed at this time. Inmates and correctional staff are undergoing a full medical evaluation.

“All the credit goes to the HCCC Warden and his staff for acting swiftly to mobilize their emergency response team and to bring order back to the facility,” said Maria Cook, Deputy Director for Administration. “We would also like to acknowledge the Kulani warden, and her staff, as well as the State Sheriffs, Hawaii Fire Department and Hawaii Police Department for their assistance.”

Investigations are underway by both Hawaii Police and the Department of Public Safety. There are 25 inmates in that housing wing who will all be questioned to determine what prompted the unrest and who was directly involved. Inmates found culpable will be criminally and administratively charged.