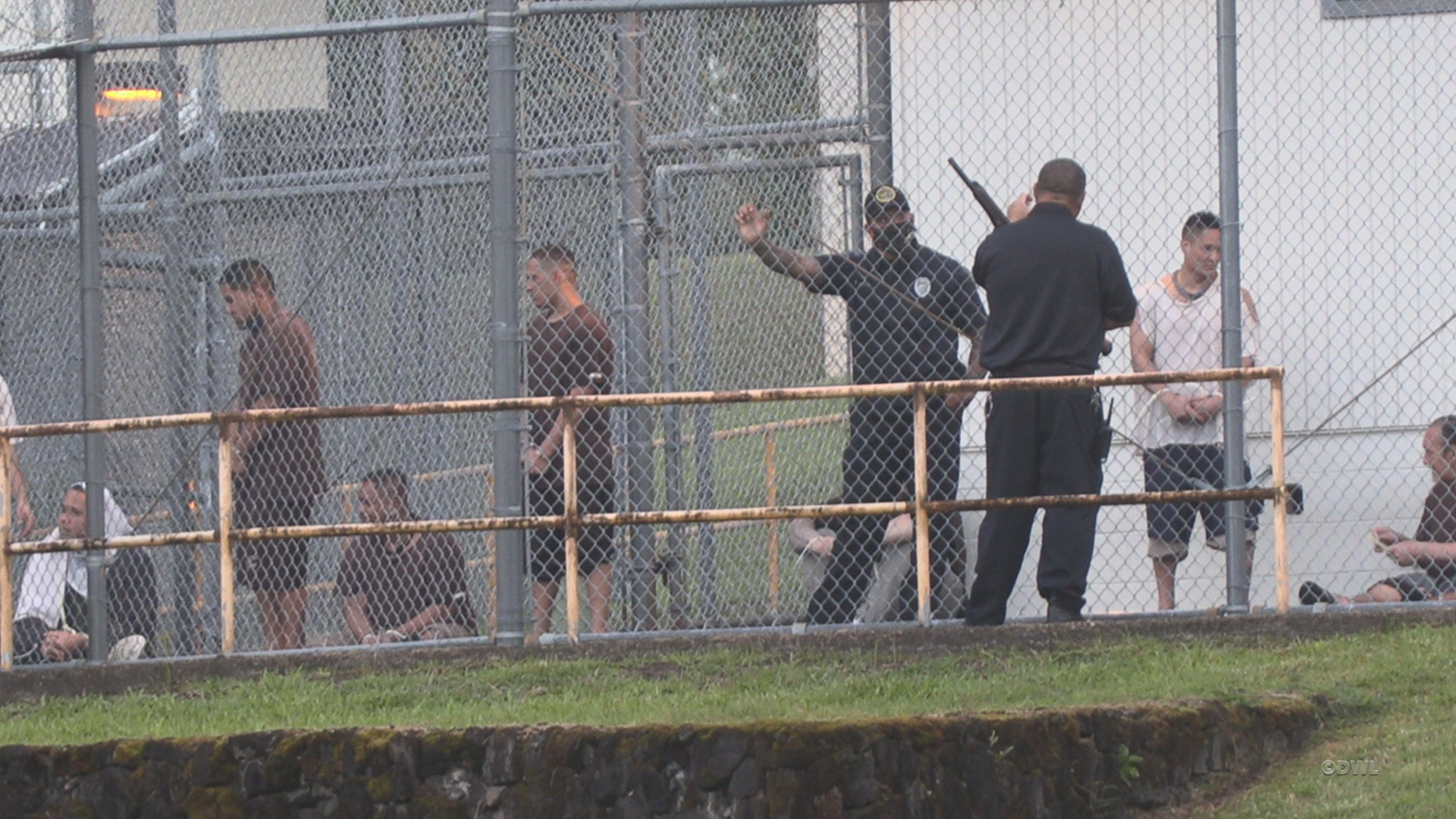 HCCC Inmates Rounded Up After Riot

HILO, Hawaiʻi - The situation at the Hawaii Community Correctional Center was contained Tuesday evening, after a riot broke out at the facility. 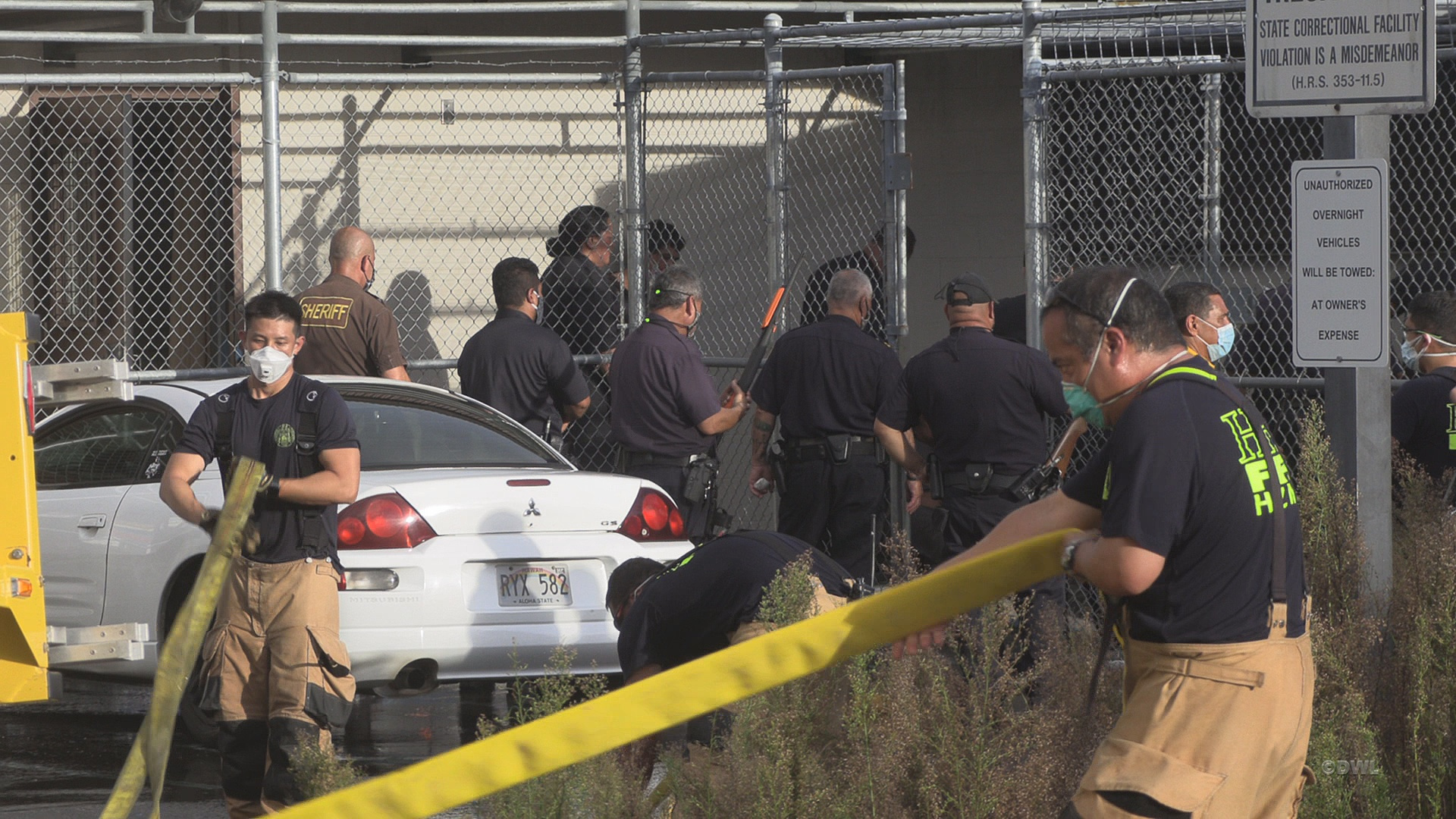 (BIVN) – Emergency response teams “used non-lethal means to subdue inmates, gain compliance and bring order” back to the Hawaii Community Correctional Center on Tuesday evening, after a riot broke out in the late afternoon.

Inmates were gathered up and under armed guard in a contained area outside the facility, after an affray led to a riot in the A-wing of the Wainuenue housing module, where the inmates reportedly set a fire and barricaded doors.

Police and State Corrections officers established a perimeter around the facility and shut down Wainuenue Avenue and parts of Komohana Street. The fire was extinguished. 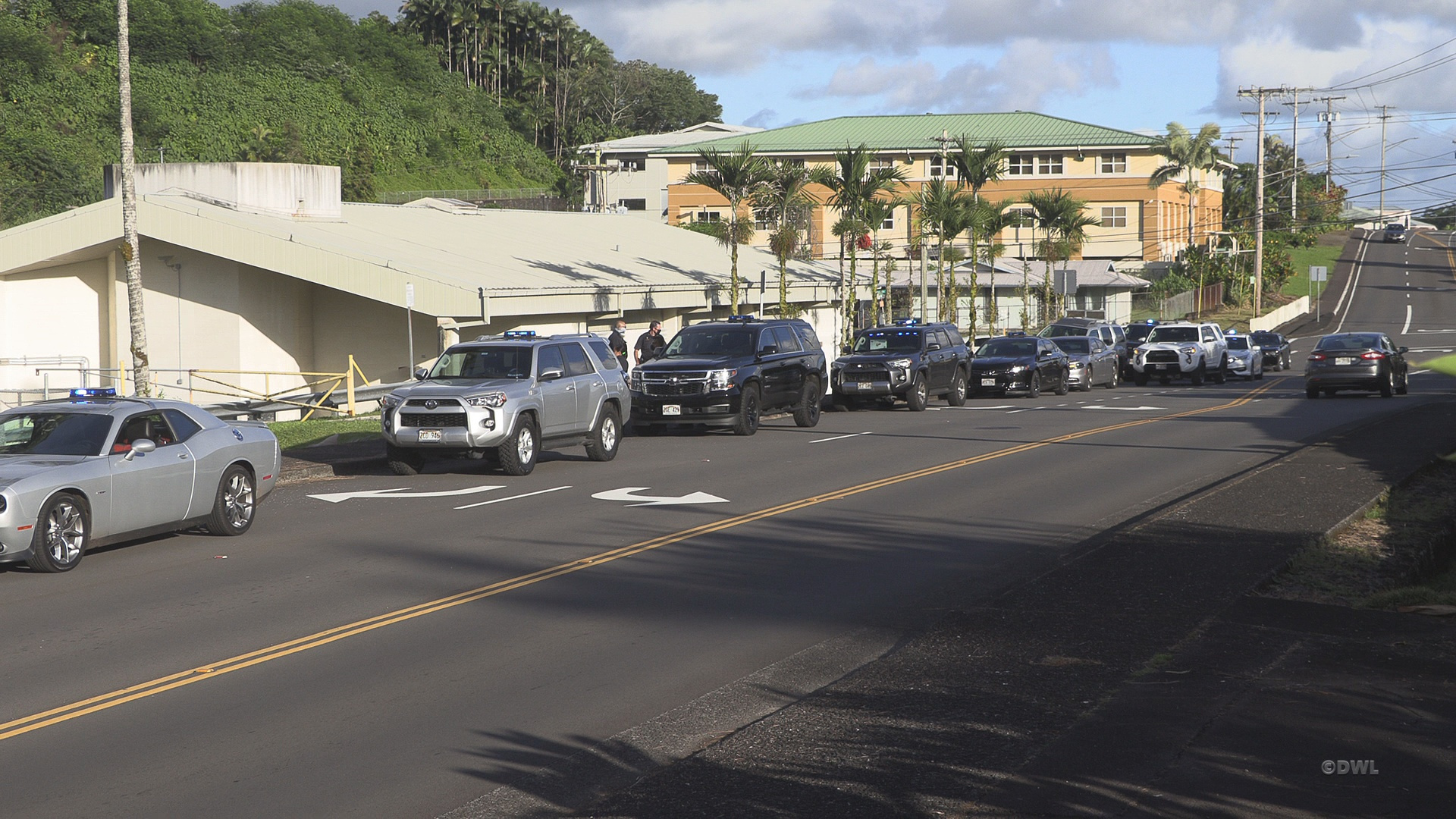 Police say there were some reported injures to inmates from the affray, and corrections officers suffered smoke inhalation and respiratory issues from the incident. There are no major injuries being reported at this time, the police department said.

Damage to the housing unit is being assessed at this time. Inmates and correctional staff are undergoing a full medical evaluation. 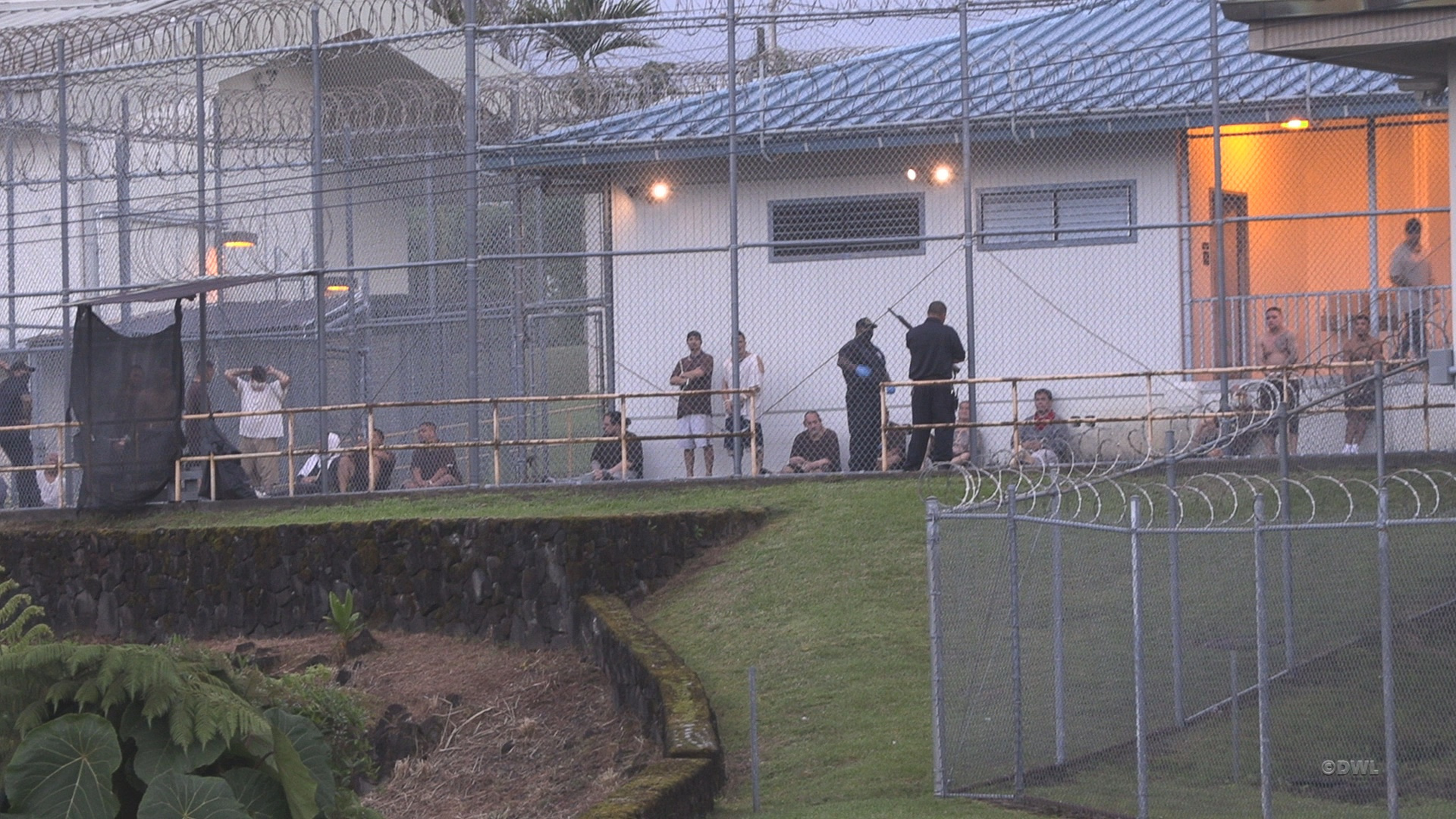 The Hawaiʻi Department of Public Safety says there are 25 inmates in the housing wing “who will all be questioned to determine what prompted the unrest and who was directly involved. Inmates found culpable will be criminally and administratively charged.”

“All the credit goes to the HCCC Warden and his staff for acting swiftly to mobilize their emergency response team and to bring order back to the facility,” said Maria Cook, Deputy Director for Administration. “We would also like to acknowledge the Kulani warden, and her staff, as well as the State Sheriffs, Hawaii Fire Department and Hawaii Police Department for their assistance.” 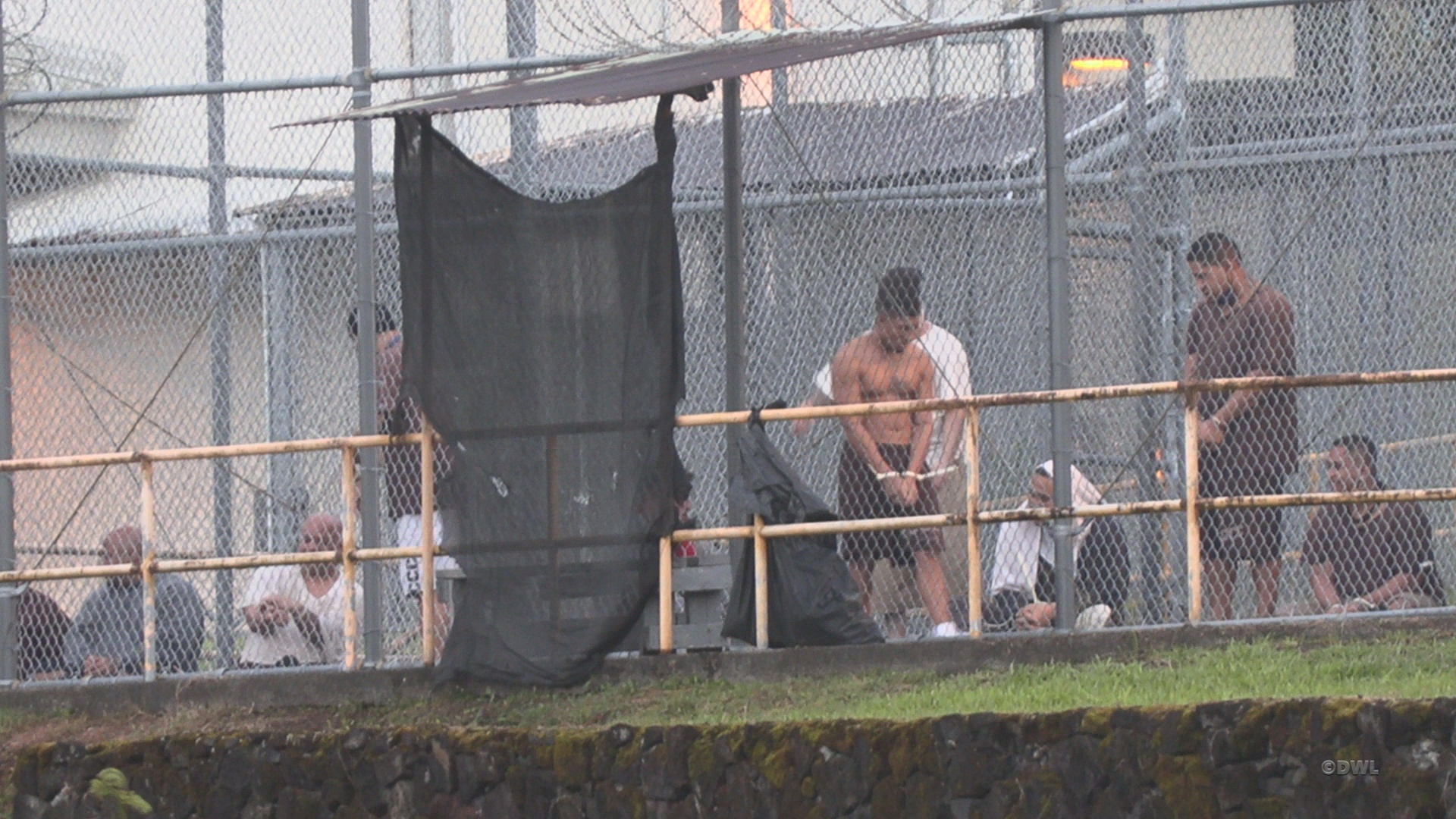