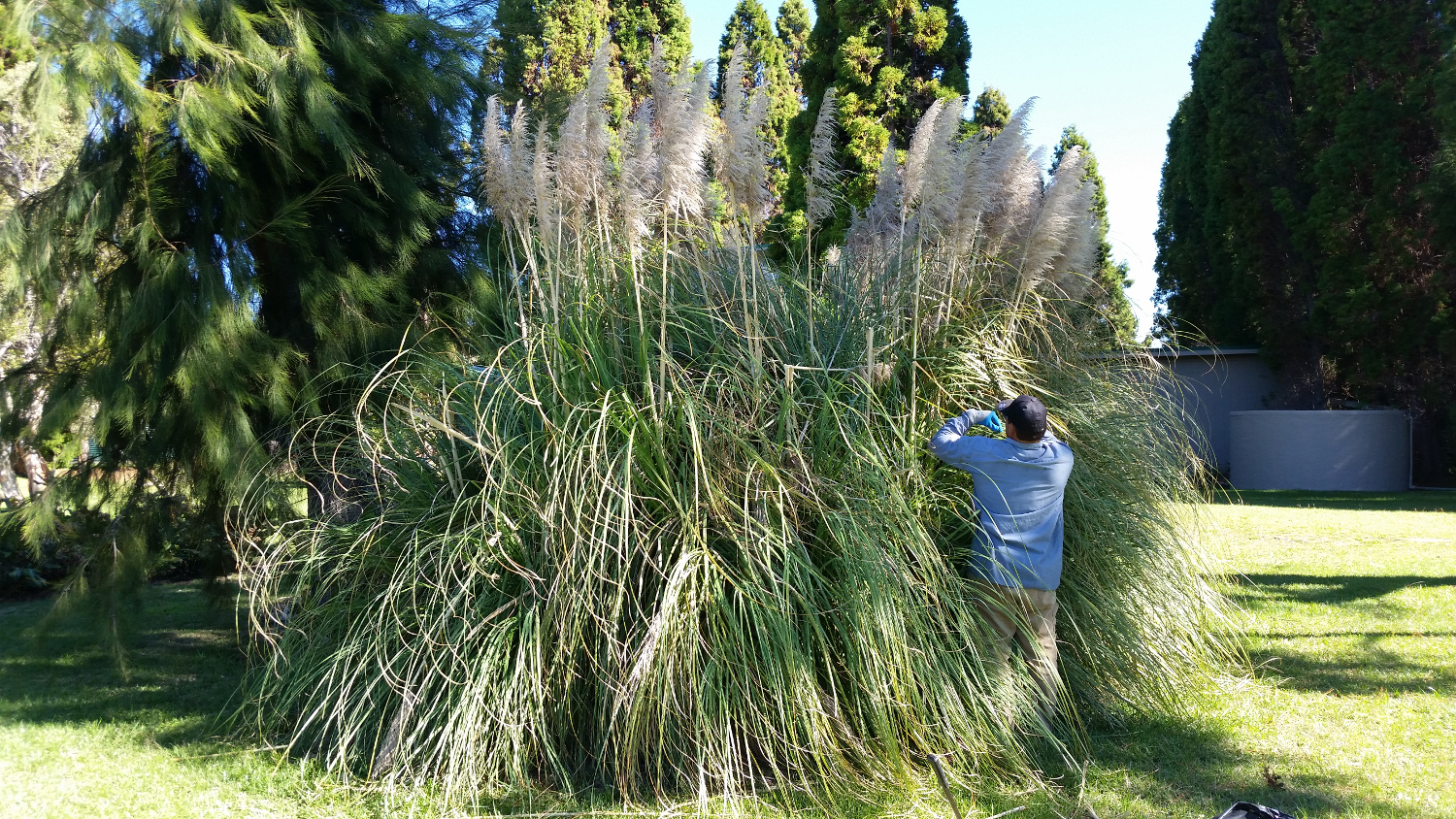 HAWAIʻI ISLAND - After a 13-year effort, it appears that the noxious weed pampas grass has been eliminated from the Big Island environment. 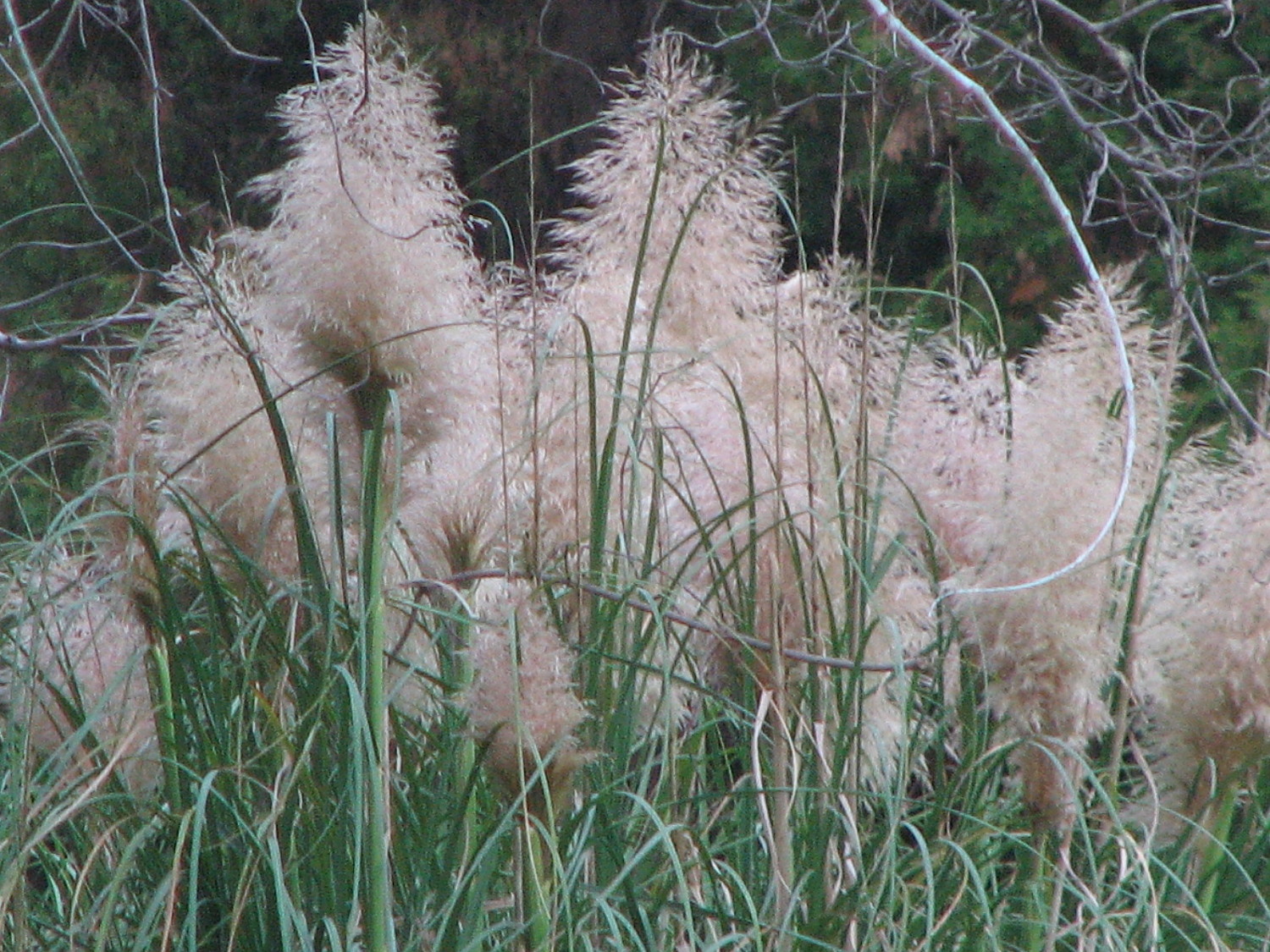 On Tuesday, the BIISC announced the successful eradication of pampas grass from Hawaiʻi island. There are two species of pampas grass that have occurred in Hawaiʻi, Cortaderia jubata and Cortaderia selloana. Both are on the state’s Noxious Weeds list, BIISC says, and both have been removed from all known locations on Hawai’i island.

This information was shared by the BIISC in a news release:

Popular in the 1800’s, pampas grass was extensively spread and planted across the Pacific, growing to become a huge problem in places from California to New Zealand. It is now widespread on Maui, and because it is adapted to fire in its native range poses a significant threat in Hawaii as a fuel for wildfires. When the Hawaii Island eradication effort began in 2007, the plant was mapped in over two dozen locations. Removal of the plants by BIISC crews took time, as permission from property owners was required for most of the sites. Locating and contacting property owners can pose a significant challenge for control efforts, but overall most homeowners were cooperative and eager to support the removal of an invasive plant from their property. Hawaii Department of Agriculture assisted with securing access for removal where permission was difficult to obtain. When BIISC crews removed the last known plant in 2019, they replanted the area with native mamaki. Although most of the adult plants were removed early in the eradication timeline, Joel Brunger, the field operations supervisor for BIISC, explains that with a potential seed spread of up to 20 miles, surveying for pampas grass near known locations required a significant investment of time. “After the adult plants are removed, we have to return and conduct sweeps regularly for new sprouting keiki for as long as the seeds are viable. For pampas grass, that’s six years.”

Despite the razor sharp leaves, pampas grass is still sold throughout the world in the horticultural trade and for landscaping. During the course of the eradication effort, BIISC developed the Plant Pono program, a nursery endorsement and education effort aimed at stopping the sale of invasive plants in Hawaii. Plant Pono-endorsed nurseries voluntarily pledge to sell only non-invasive “pono” plants. There have been no sales of pampas grass in Hawaii for the last several years, although seeds purchased online continue to be a risk for introductions of invasive plants. 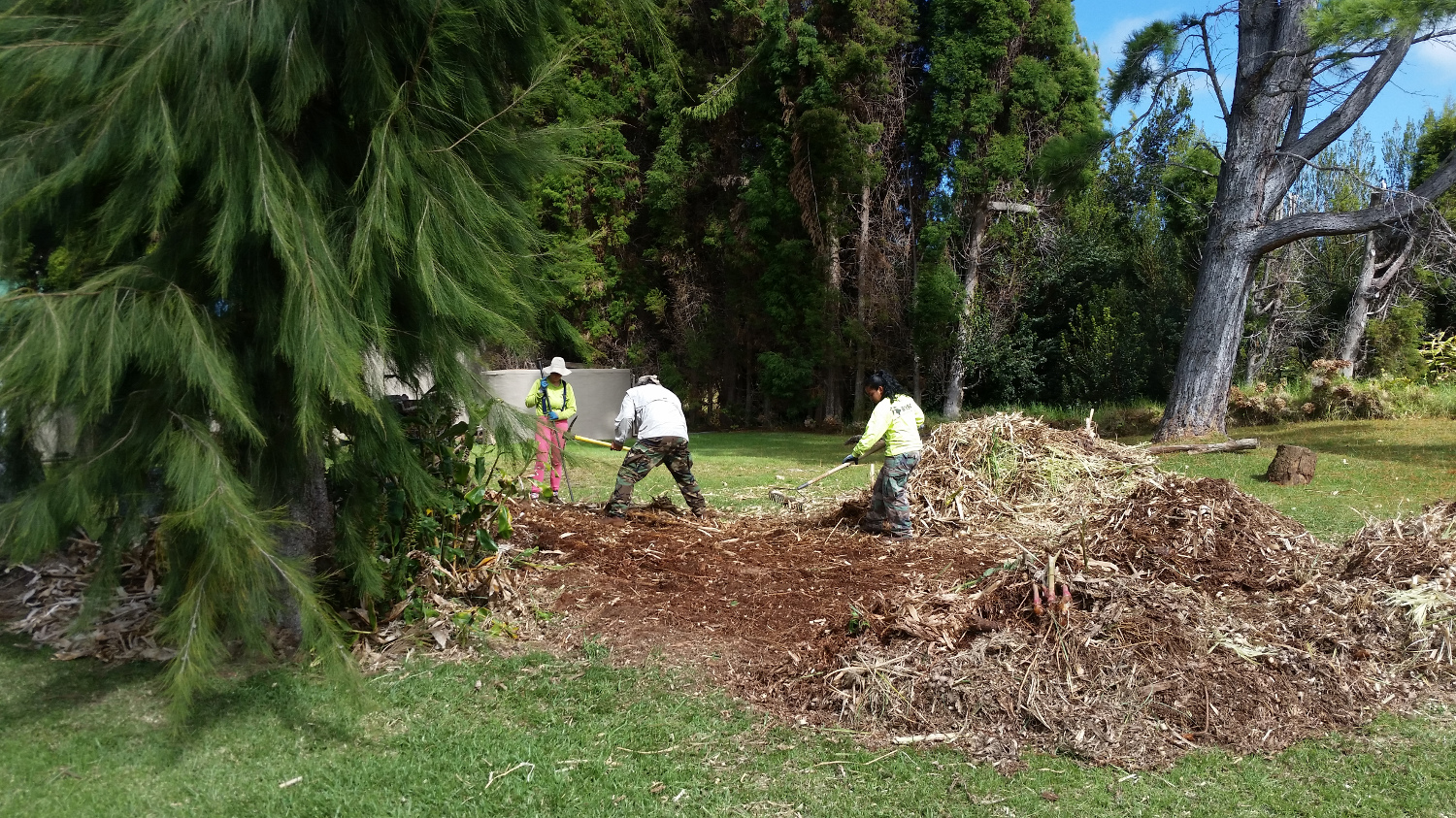 “People often look at widespread invasive plants like albizia or clidemia and say, why didn’t anyone do something about it before it became this bad?” says Franny Brewer, communications director for BIISC. “That’s what we’re trying to do. Identify what has come in that is potentially the next serious problem, and remove it before it has decades to spread.” She explains that once a harmful species reaches a certain point, complete eradication becomes so expensive – in the tens or even hundreds of millions of dollars – that removal of the species is no longer feasible.

Currently, BIISC is targeting a number of other plants for eradication, including Mollucca raspberry, a thorny, sprawling brush species, and a holly tree that can establish in native forest areas. As with pampas grass, public reports are a critical tool in efforts to eradicate invasive plants. To learn how to identify and report target species, visit www.biisc.org.