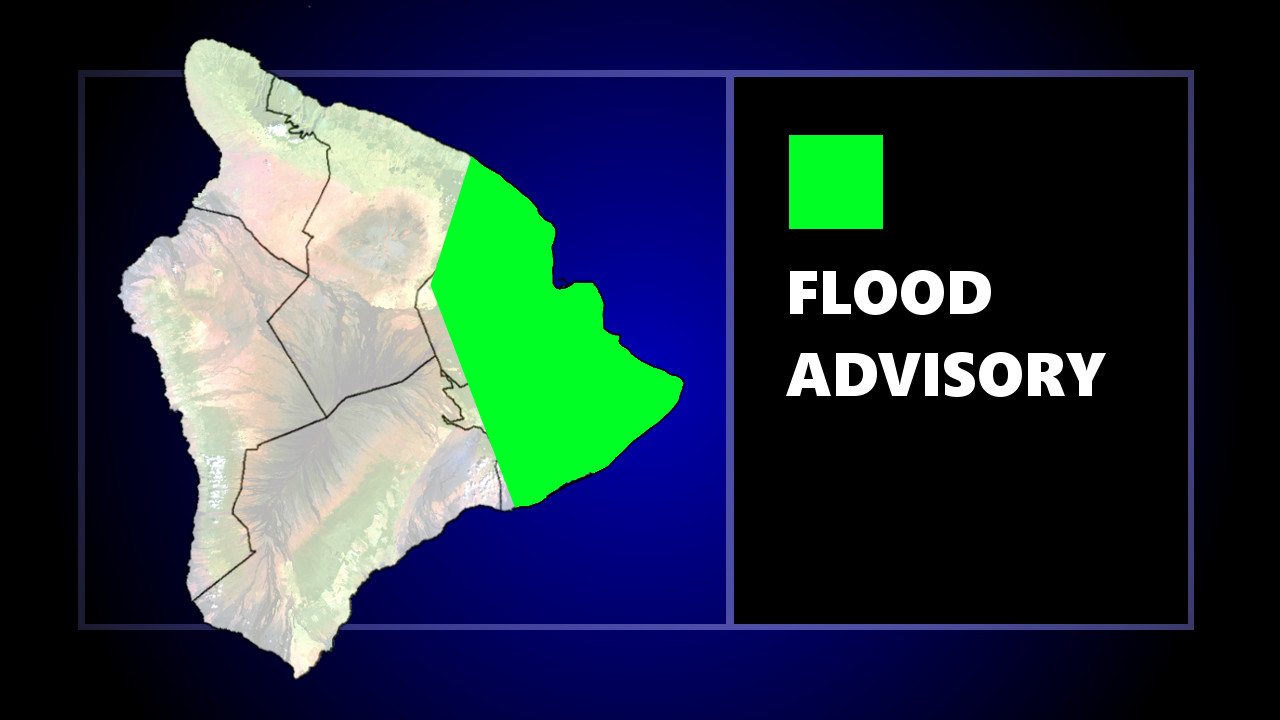 HAWAIʻI ISLAND - Heavy rain was falling over the Hilo and Puna districts on Wednesday evening, at a rate of up to 2 inches per hour in some areas.

(BIVN) – The National Weather Service in Honolulu has issued a Flood Advisory for an area of East Hawaiʻi, in effect until 7:30 p.m.

At 4:21 p.m. HST, forecasters said, radar indicated heavy rain over Hilo and Puna districts. “Rain was falling at a rate of up to 2 inches per hour,” the weather advisory stated. “The heaviest rainfall was occurring between Hilo and Pahoa. Additional rain is expected during the next several hours.”