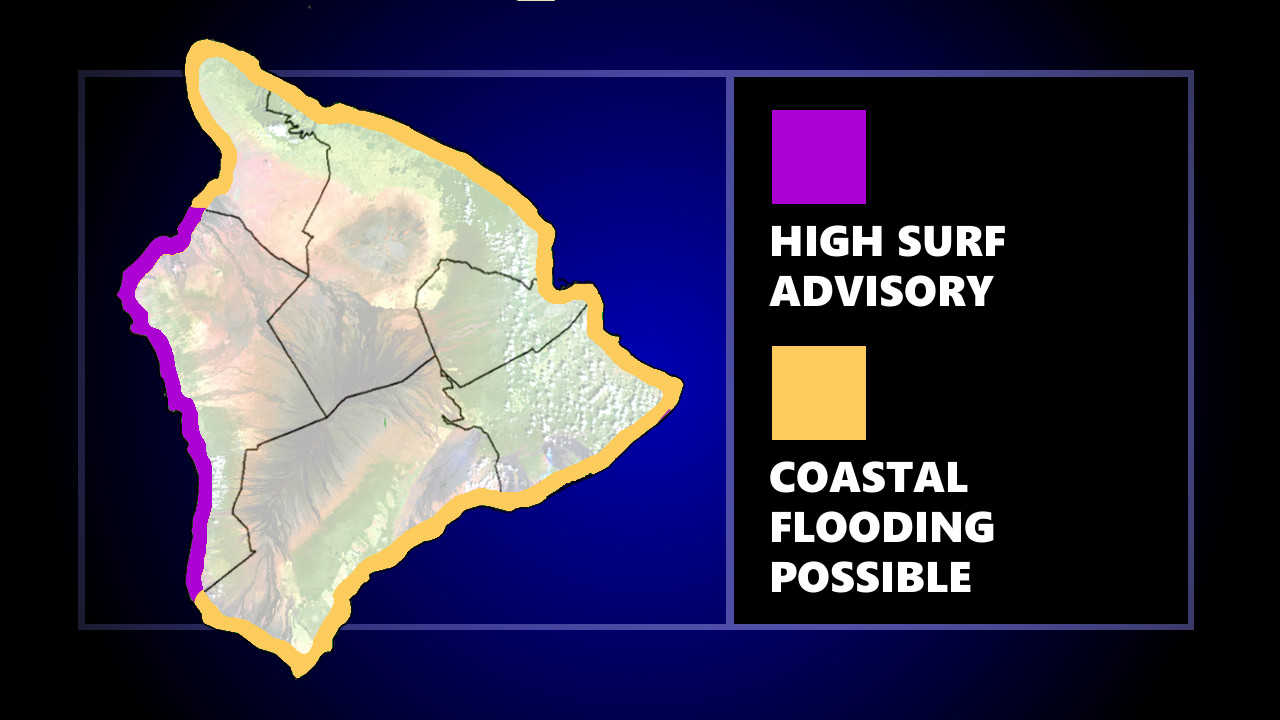 HAWAIʻI ISLAND - North and South Kona beaches are under a High Surf Advisory, while the rest of the state is facing a High Surf Warning.

(BIVN) – A High Surf Advisory is has been issued for North and South Kona, in effect from 6 a.m. Wednesday to 6 p.m. Thursday.

The rest of the Hawaiian islands face a High Surf Warning. From the National Weather Service:

A large northwest swell will increase surf to well above warning levels tonight and Wednesday. Large surf is expected to continue into Thursday. The early Wednesday morning high tide will bring an increased risk of wave runup and overwash along low- lying coastlines exposed to the swell.

“The highest probability for water reaching coastal roadways and property will be early morning Wednesday as the peak of the swell and high tide coincide,” forecasters said.

There is also a Special Weather Statement in place along the rest of the Hawaiʻi coastline. The National Weather Service says coastal flooding and harbor surges will be possible due.

The combination of water levels running higher than predicted and the swell`s peak coinciding with the daily high tide early Wednesday morning could lead to coastal and harbor impacts, including salt-water inundation over roadways and coastal erosion.

Areas not exposed to the northwest swell may also experience nuisance coastal flooding due to the high tides. These areas may see some flooding of beaches that are normally dry, some minor coastal erosion, and salt water inundation of typically vulnerable low-lying areas. For these areas, the most likely time of impact will be during the early morning hours today and tomorrow.