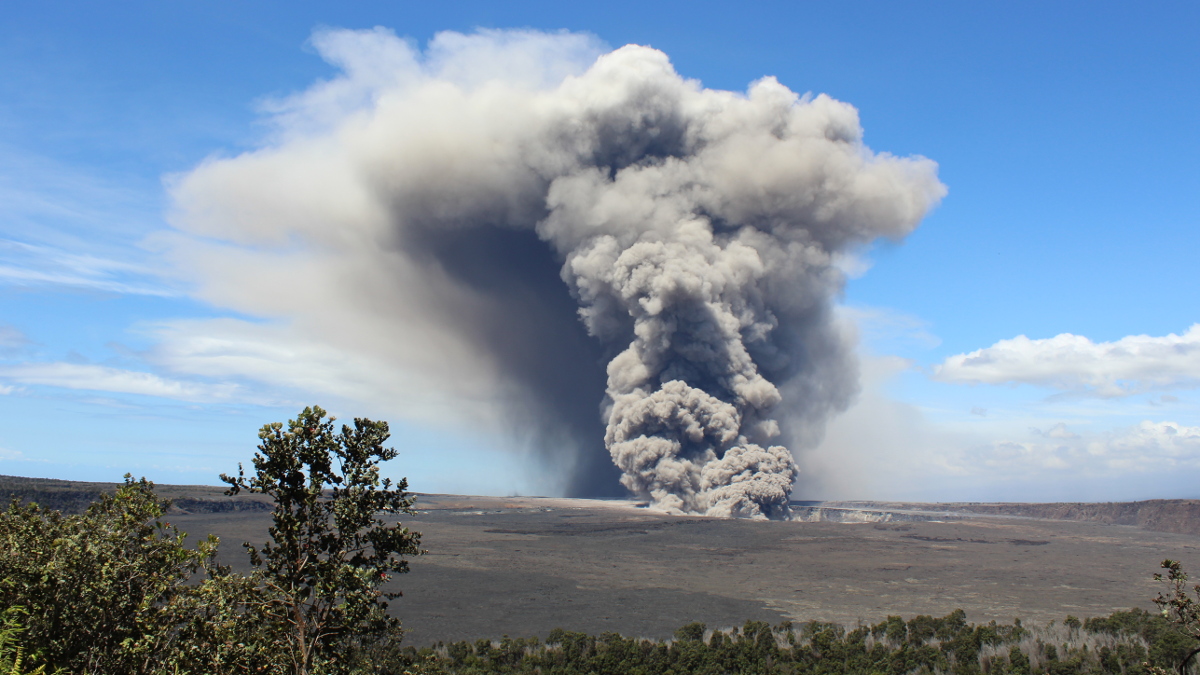 A large plume of volcanic ash and debris wafts upward on May 14, 2018 after a collapse event at the summit of Kīlauea. NPS Photo taken from Volcano House/J.Ferracane 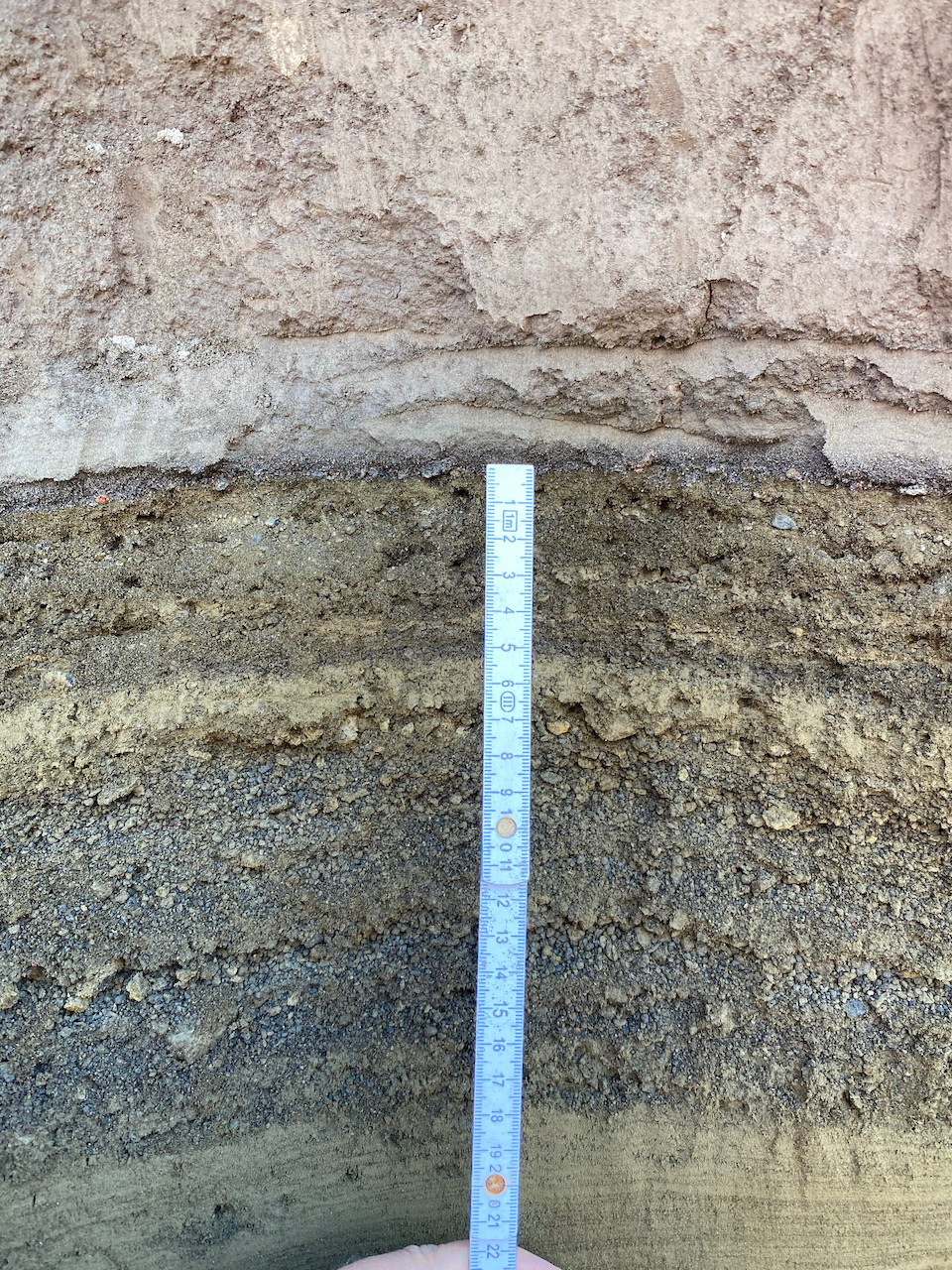 Tephra layers preserved at the summit of Kīlauea from at least three different eruptions. Deposits below the top of the scale are predominantly juvenile and deposits above it containing many lithics. Notice the larger size of the yellow pumice clasts compared to the much denser and finer grey lapilli and ash surrounding them from 7 to 18 on the scale. The scale is in cm. Photo: Jo Schmith 11-25-2020.

Have you ever wondered what it would be like to travel from the depths of Kīlauea and be hurled into the air as a tiny grain of volcanic ash? How high would you go and how far would you fly? Let’s take a look at the theory of airborne rocks to find out!

Tephra is the Greek word for ash, and it is the label we use for rocks that come flying out of the volcano during an eruption. Every feature of every single tephra grain has something significant to say about the volcanic process that created the grain and the transport journey it took afterwards. Our task as tephra volcanologists is to do the detective work and find as many clues in the grains as possible to help us understand the dynamics of past explosive eruptions. Today, we focus on features that influence transport by air.

There are two ways to begin this journey. One starts from the hot molten magma itself, and the other begins in the wall of the volcanic conduit.

Tephra that starts as fluid hot magma is classified as juvenile. It is a diverse group here at Kīlauea that includes smooth-skinned droplets (Pele’s tears), frothy foams, almond-shaped projectiles, denser grains with small isolated bubbles, tiny shards of dark glass, and thin strands of glass (Pele’s hair). Different abundance and size of bubbles cause a wide range of density among various types of juvenile grains. We subdivide them into shards, scoria, pumice and reticulite, in the order of increasing bubble content and decreasing density.

Grains from the wall rock are called lithic clasts. They are created when an explosion destroys part of the conduit wall or picks up talus blocks from a crater floor. At Kīlauea, they consist of shattered basalt and are mostly dense and blocky.

After the juvenile or lithic tephra has been expelled from Kīlauea, the journey of a single grain is determined by its aerodynamic properties. There are two basic ways to fly.

One is a simple throw from the volcano that will follow a ballistic curve in the air. This is reserved for the big and dense tephra grains that we refer to as juvenile bombs or lithic blocks. The height and length of the journey as a ballistic depends on the force of the explosion that sent it flying as well as its size and density, but it ends with a big thud within 1-2 km (0.6-1.2 miles) from the vent.

The other mode of flying includes the forces of air and is seen as a plume rising from the vent and spreading laterally across the sky. Tephra travelers in a plume will find that they are lifted much higher than the ballistics and can cover many more miles of distance. However, they literally have to go where the wind blows them.

Once in the plume, these little pieces of rock known as lapilli and ash start their final journey toward the ground. The larger lapilli grains fall faster and end up closer to the volcano, whereas the fine ash grains can stay in the air longer and are the most adventurous. Lithic grains are usually denser and fall faster than juvenile grains, and therefore the lithic ride is shorter compared to a juvenile of the same size. Pumice has a lower density than scoria of similar size and can stay in the air longer. That way both the size and grain type that meets the ground changes with distance as we move downwind from the vent.

Finally, when all the grains have settled there is a layer of tephra on the ground that reflects every single journey of each tephra grain and shows a nice outline of the plume. Wind and water can erode the tephra, but often a tephra layer can stay on the ground for hundreds or thousands of years, faithfully preserving the events of the eruption and waiting for a volcanologist to come along and measure grain size and density of the tephra grains to unfold how they got there.