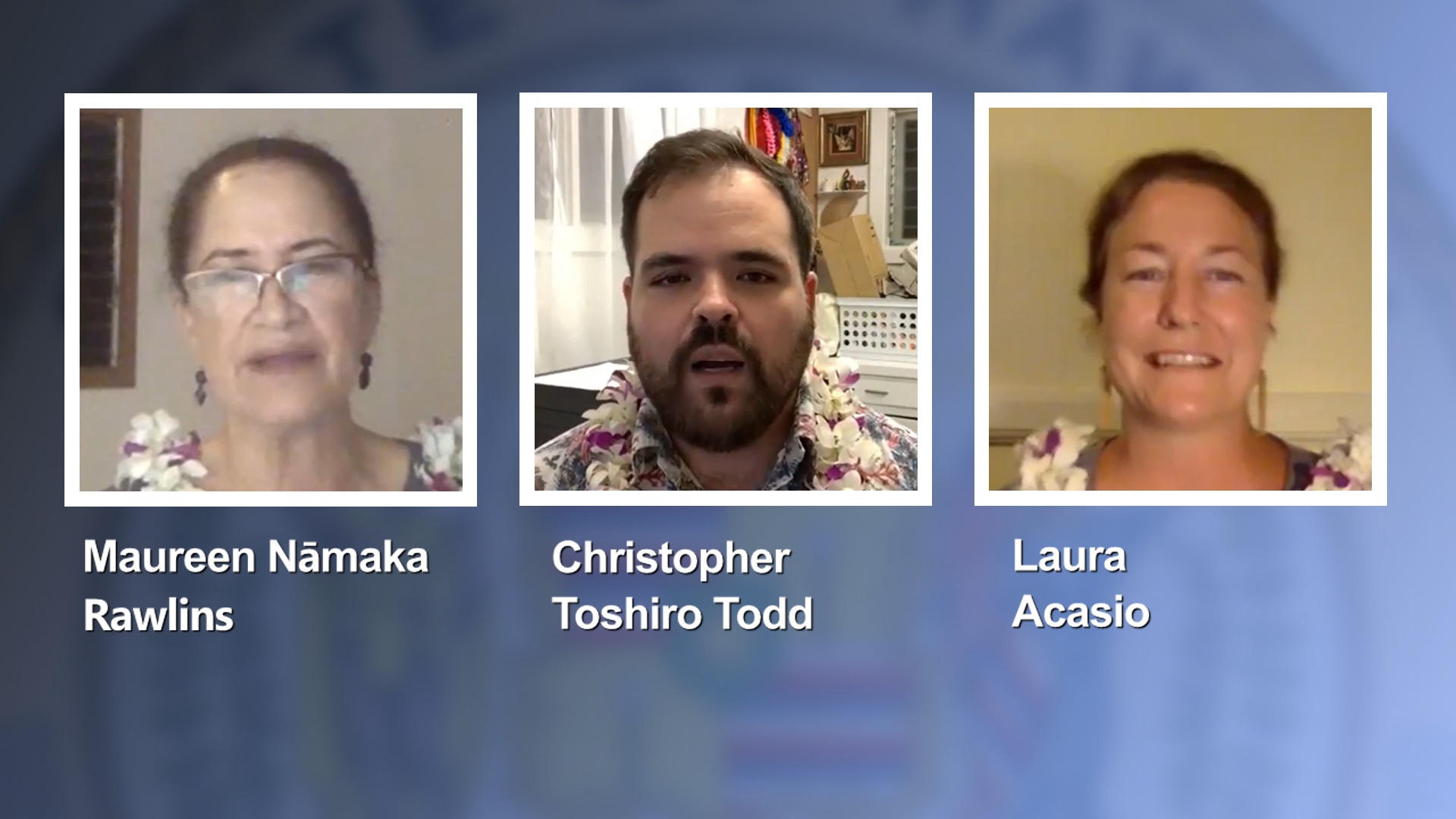 HILO, Hawaiʻi - The Democratic Party of Hawaiʻi has selected its three names for submission to Governor David Ige, who will appoint the next District 1 State Senator.

(BIVN) – Three candidates were selected by Hawaiʻi County Democrats on Wednesday, one of which will become the next District 1 State Senator.

State Rep. Christopher Toshiro Todd, Maureen Nāmaka Rawlins and Laura Acasio were chosen from a list of seven names by officers of the affected Democratic precinct clubs and district councils after a meeting on December 23. Part of the meeting was streamed live on Facebook.

From the remaining three candidates, Governor David Ige will select one for appointment to the vacant District 1 senate seat. The office was vacated by Kai Kahele when he was elected to U.S. Congress.