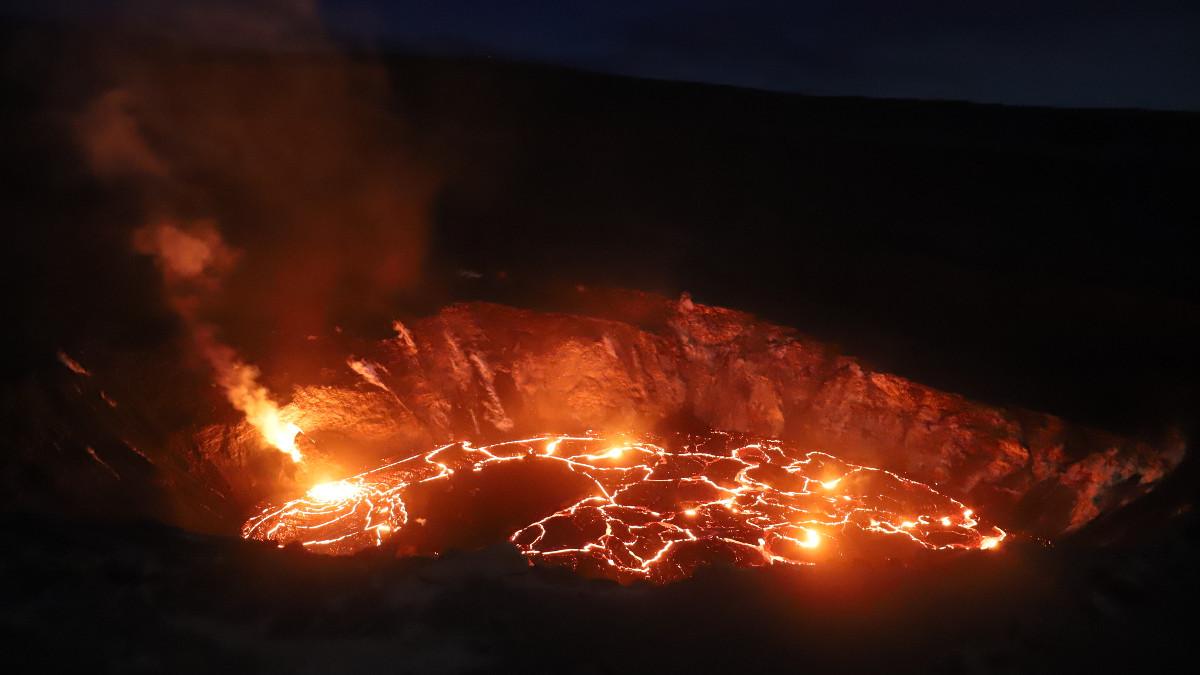 The Kīlauea summit eruption continues from the west vent within Halema‘uma‘u crater with no significant changes in the past few days. Early this morning (January 2) at approximately 1:30 a.m. the lava lake was measured at about 189 m (620 ft) deep. HVO scientists monitor the eruption from within an area of Hawai‘i Volcanoes National Park that remains closed to the public for safety reasons. USGS photo taken by H. Dietterich. 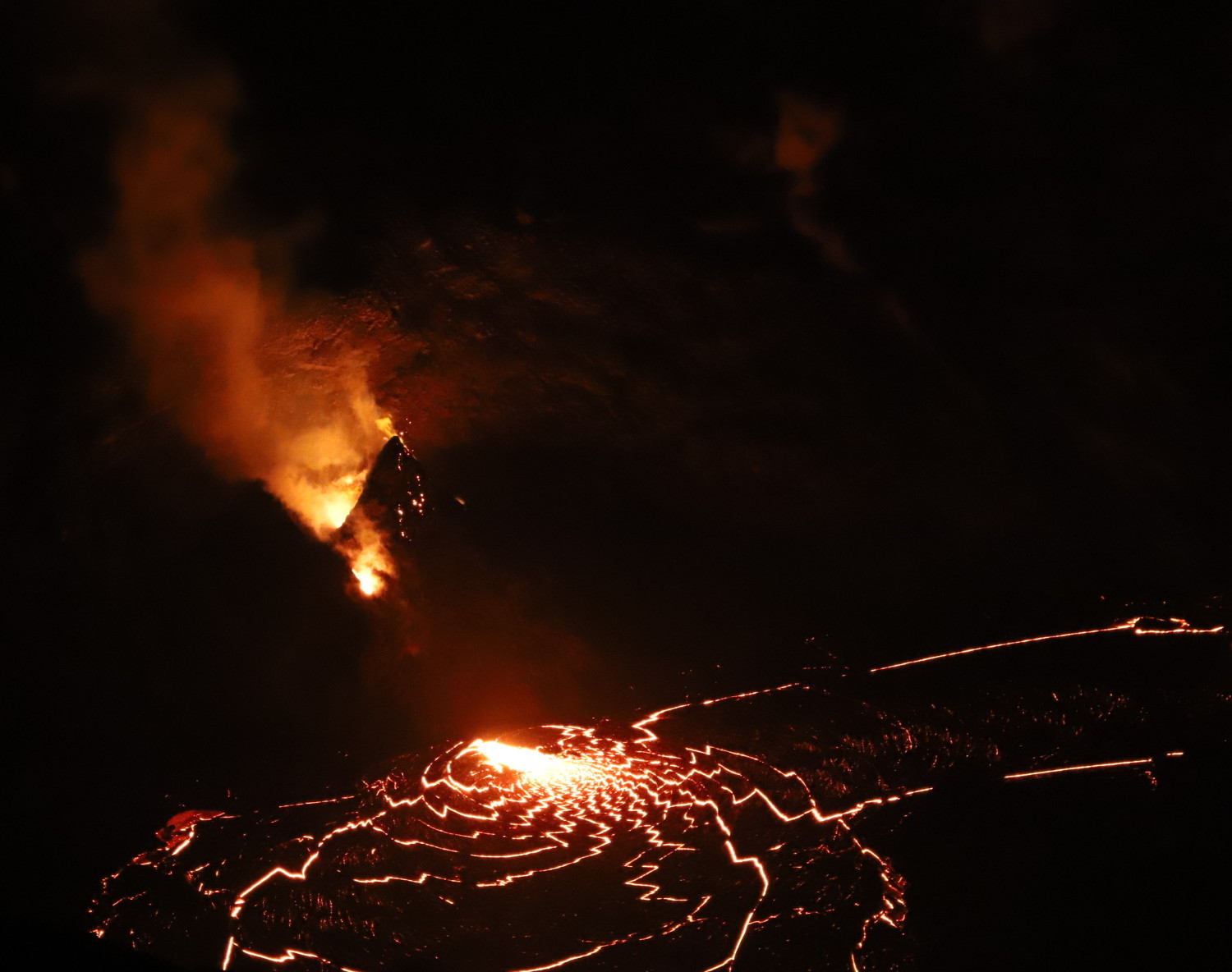 The west vent within Halema‘uma‘u crater continues to erupt with no significant changes over the last several days. Glowing is seen from skylights above the vent and occasional spatter, visible in the photo, is ejected from these skylights. The weak spatter has slowly been building a cone at the vents. The channel of lava, which crusted over several days ago, continues to supply lava to the lake. The bright upwelling site adjacent to the vent is where lava is entering the lake through the crusted channel. USGS photo taken by H. Dietterich on January 2.

(BIVN) – The new eruption of Kīlauea continues at the summit, and the volcano alert level remains at the WATCH / ORANGE alert level. From this morning’s USGS Hawaiian Volcano Observatory update:

Activity Summary: Lava activity is confined to Halemaʻumaʻu with lava erupting from vents on the northwest side of the crater. Early this morning (Jan. 2), the lava lake was 189 m (620 ft) deep with a narrow black ledge around it. SO2 emission rates were still elevated.

Summit Observations: Sulfur dioxide emission rate measurements made Thursday (Dec. 31) were about 6300 t/d and in the range 3,000-6,500 t/d since Sunday (Dec. 27)–the same range of values that was common for the pre-2018 lava lake. Summit tiltmeters recorded weak deflationary tilt over the past day. Seismicity remained elevated but stable, with steady elevated tremor and a few minor earthquakes.

Over the past day, the main island of cooler, solidified lava floating in the lava lake drifted to the west before settling in front of the west lava source filling the lake around midnight, while the other 10 or so small islands remained relatively stationary around the east end of the lake. The main island measured about 250 m (820 ft) in length, 135 m (440 ft) in width, and about 3 ha (7 acres) in area based on the Dec. 30 thermal map. Measurements Friday afternoon (Jan. 1) showed that the island surface was about 6 m (20 ft) above the lake surface.