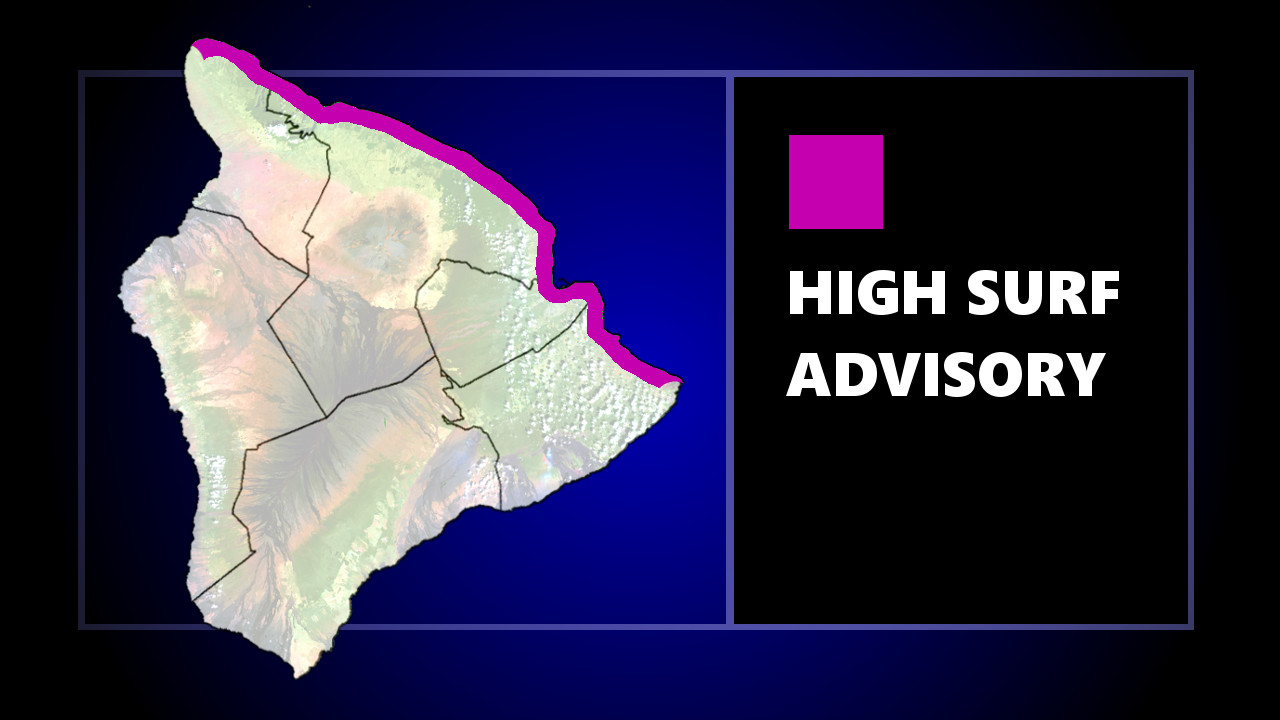 HAWAIʻI ISLAND - Surf of 12 to 16 feet along north facing shores of the Big Island is possible, and with peak monthly high tides may worsen beach erosion.

(BIVN) – A High Surf Advisory has been issued for north-facing shores of Hawaiʻi island, as a very large northwest swell will roll through the coastal waters today and tonight.

The National Weather Service in Honolulu says the swell will produce very large surf along north and west facing shores of the smaller islands. A High Surf Warning has been issued for Honolulu, Maui and Kauaʻi counties, where surf could be as high as 25 to 35 feet along north facing shores.

Lower surf heights of 12 to 16 feet will be possible along north facing shores of the Big Island, due to a more northerly overlapping swell.

The Hawaiʻi County Civil Defense reported this morning that there are no closures at this time, “but be aware that beach and road closures may occur at any time.”

“Beach-goers, swimmers, and surfers should heed all advice given by ocean safety officials and exercise caution if you enter the water,” the civil defense message stated.

The High Surf Advisory will be in effect until 6 a.m. on Friday morning, unless extended.