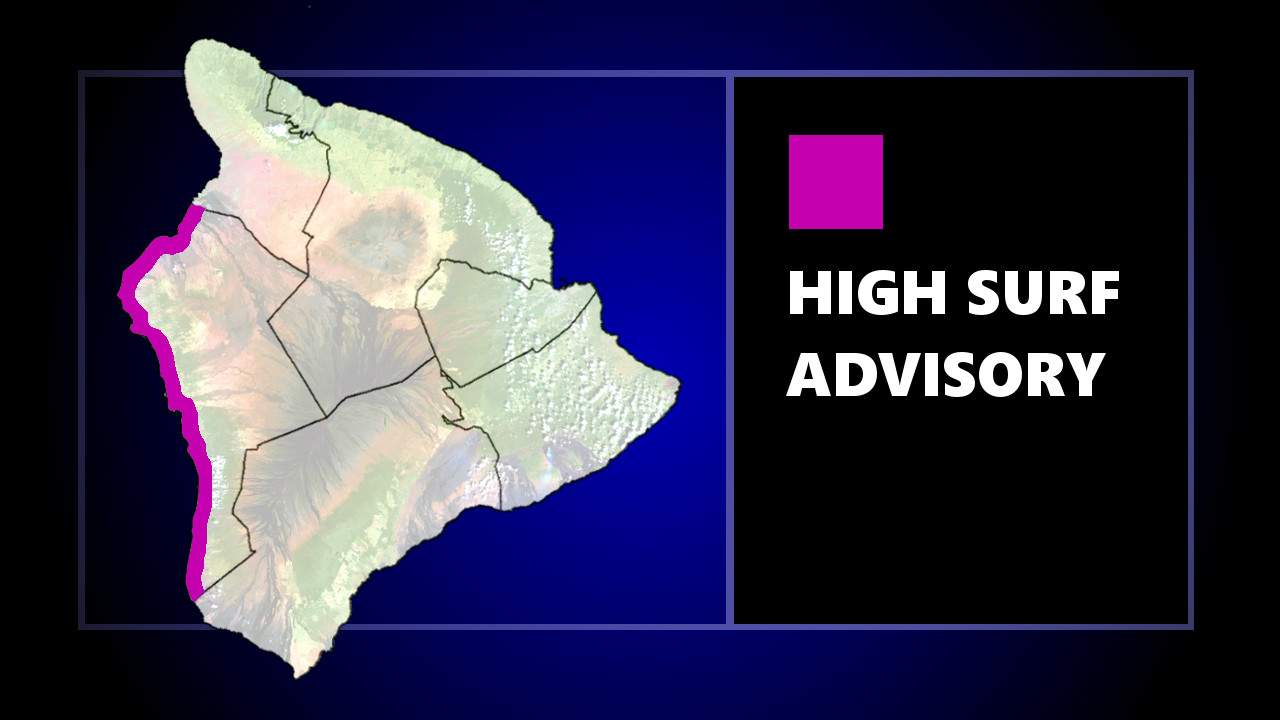 (BIVN) – A High Surf Advisory is in effect for most West Hawaiʻi shores, until 6 p.m. Sunday.

A High Surf Warning is in effect for Maui, Molokai, Oʻahu, Kauaʻi and Niʻihau.

Surf heights of 6 to 8 feet are expected along North and South Kona shores.

The National Weather Service in Honolulu says the large northwest swell will gradually decline Saturday night, but a reinforcing west-northwest swell will fill in on Sunday. This should maintain warning-level surf along exposed north and west facing shores of the smaller islands through Sunday.

The advisory-level surf along the Kona coast is expected to hold through Sunday and potentially into Monday.

Officials say beachgoers, swimmers, and surfers should heed all advice given by ocean safety officials and exercise caution.