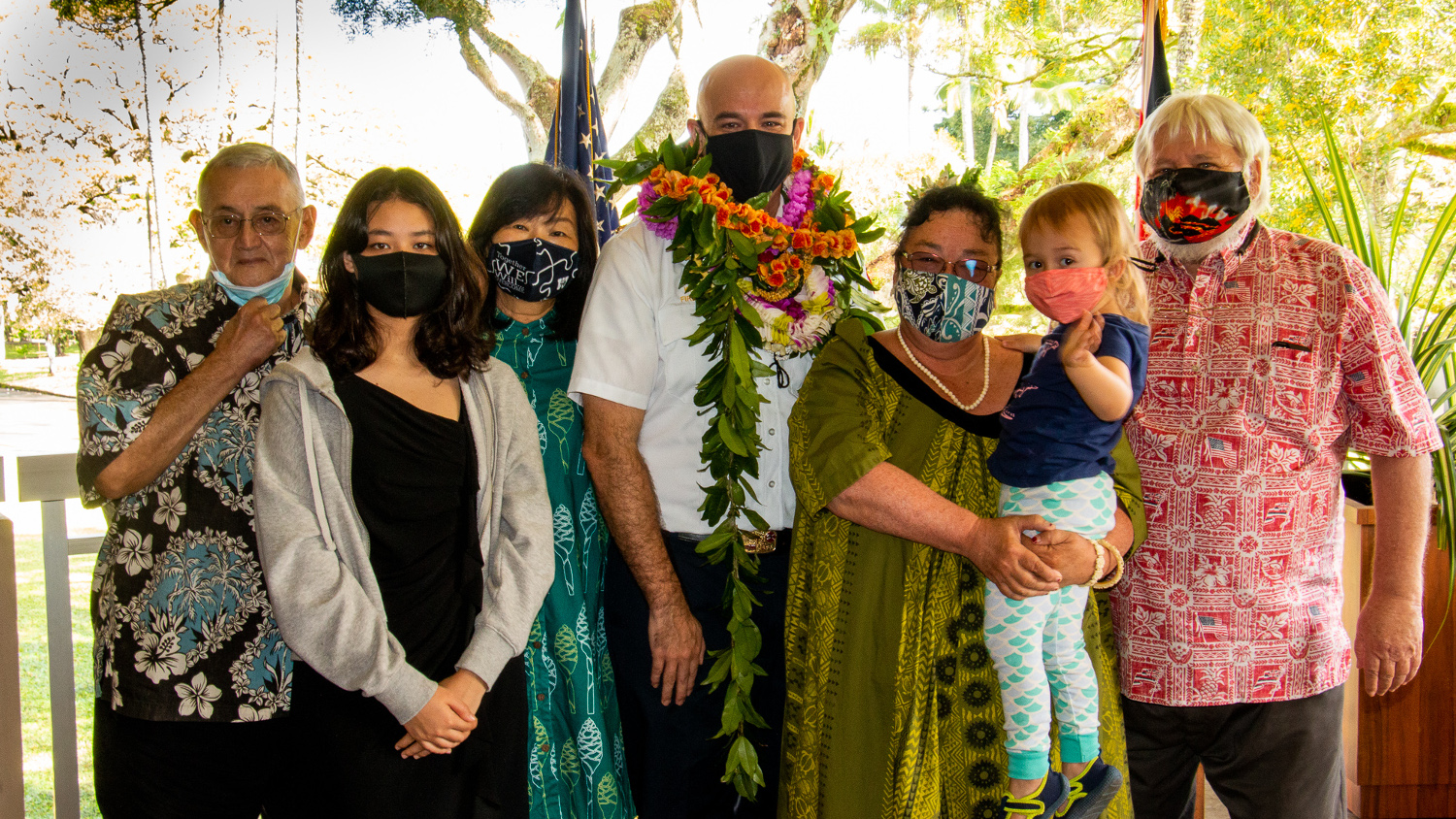 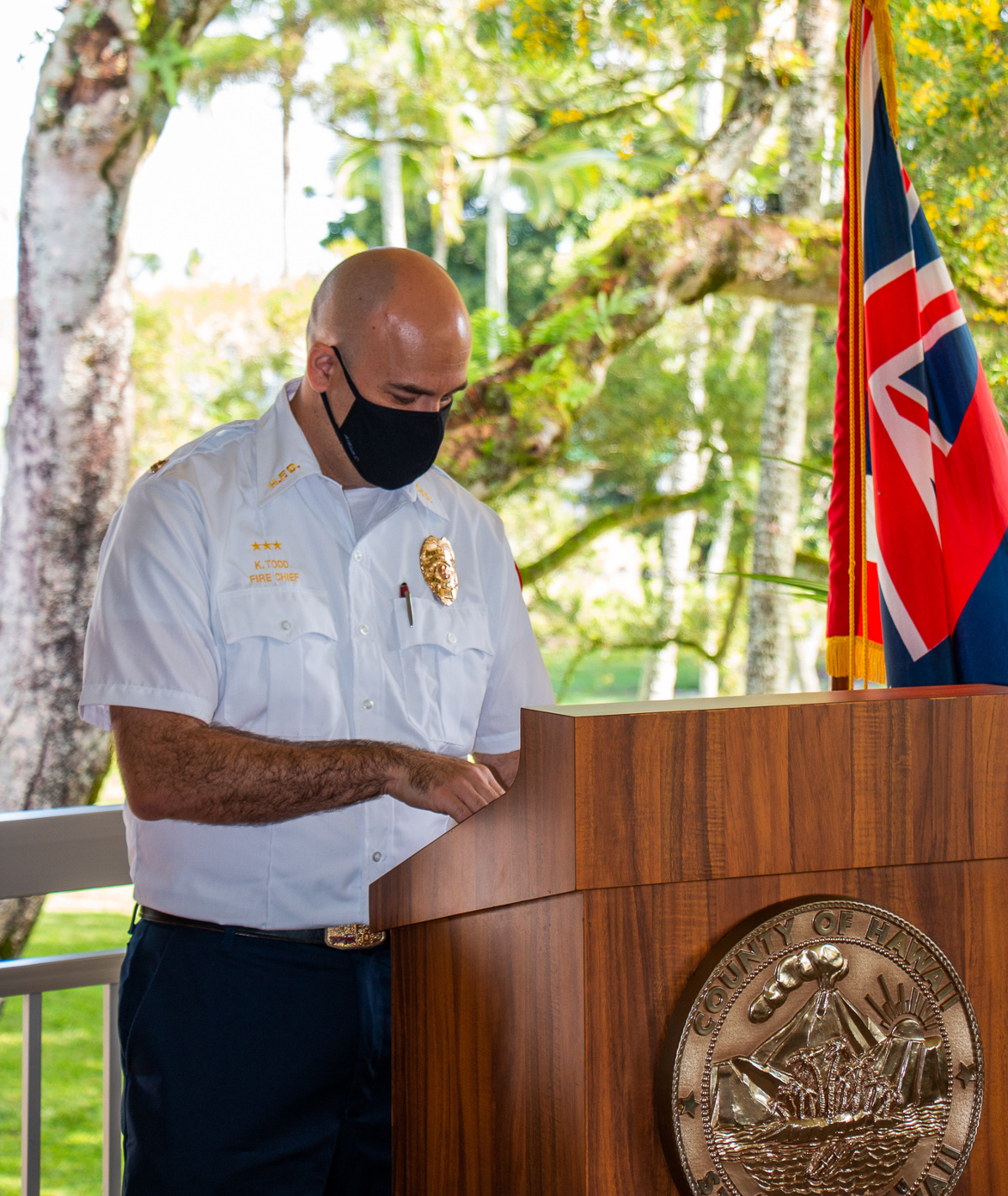 (BIVN) – Hawaiʻi County has a new Fire Chief. From the Office of Mayor Mitch Roth on Thursday:

Mayor Mitch Roth swore in Kazuo Todd as Hawaiʻi County’s newest Fire Chief earlier this morning outside of his Hilo Office. Todd has been with the Hawaiʻi Fire Department since 2005 and was most recently a Battalion Chief in Auxiliary Services. Chief Todd was selected by the Fire Commission yesterday, April 14, after earning the necessary five votes to confirm his appointment. The new Fire Chief replaces Robert “Bobby” Perreira, who has been the Acting Fire Chief since November 1, 2020, when former Fire Chief Darren Rosario retired.

“Our administration looks forward to working with Chief Todd to advance the health and safety of our community,” said Mayor Roth. “Fire is one of our largest and most essential departments, providing emergency services to the entire island, and we are confident that Chief Todd will lead it with dignity, honor, and respect. We would also like to thank Acting Chief Perreira for all of his hard work and dedication to the department over the past few months and the past 25 years of service to our County.”