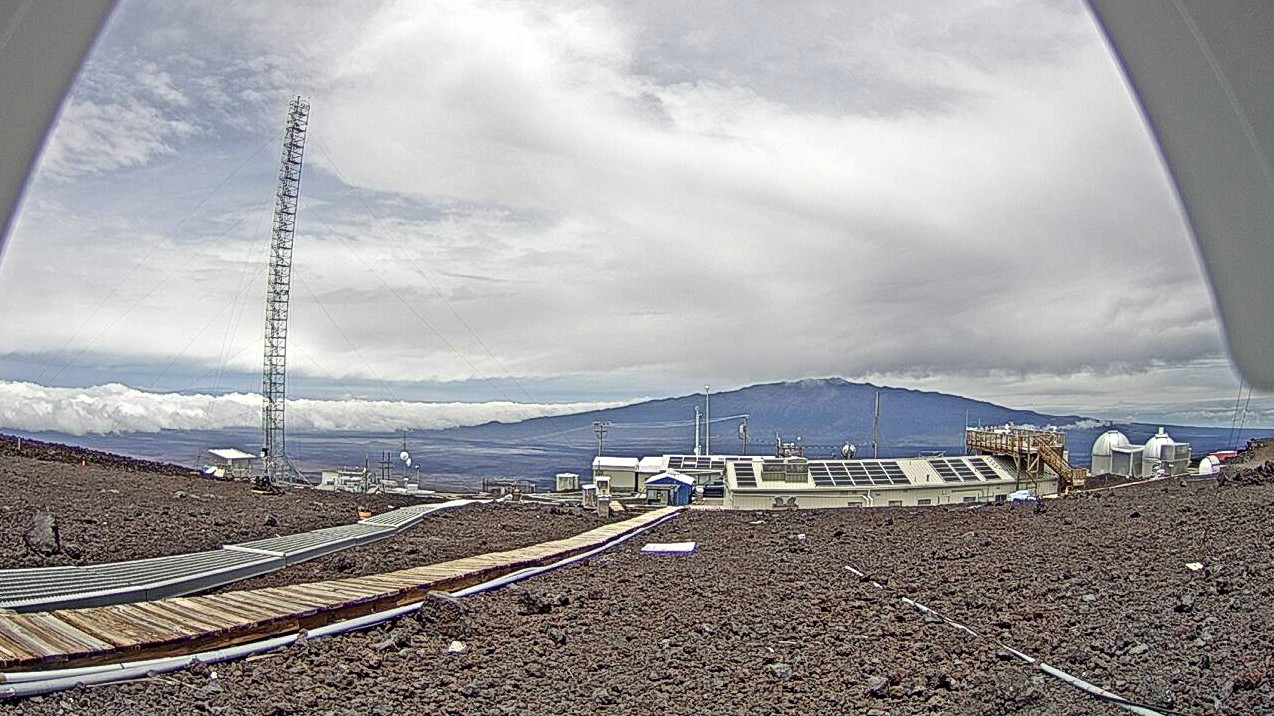 view of Maunakea from a NOAA Mauna Loa Observatory webcam on Thursday, May 6

UPDATE – (May 7) – There is no longer a Winter Storm Watch or Winter Weather Advisory for Hawaiʻi island summits. The Flash Flood Watch continues to be in effect for the entire island.

(BIVN) – A Flash Flood Watch and a Winter Storm Watch will be in effect for Hawaiʻi island on Thursday evening.

The National Weather Service in Honolulu says deep, tropical moisture lifting northward into the area will combine with increasing instability (and – at higher altitudes – freezing temperatures) associated with an upper low, bringing the threat of locally heavy rainfall and thunderstorms statewide. It could also lead to periods of heavy snow at the summits of Hawaiʻi island tonight through Friday night.

Conditions should begin to improve over the weekend, forecasters say.

The Winter Storm Watch, in effect from Thursday evening through late Friday night, is for Big Island summits above 12,000 ft.

Forecasters say heavy snow is possible, with total snow accumulations of 6 inches or more. “Heavier bursts of snow could be accompanied by gusty winds, low visibility in clouds, and cloud to ground lightning,” the National Weather Service stated.