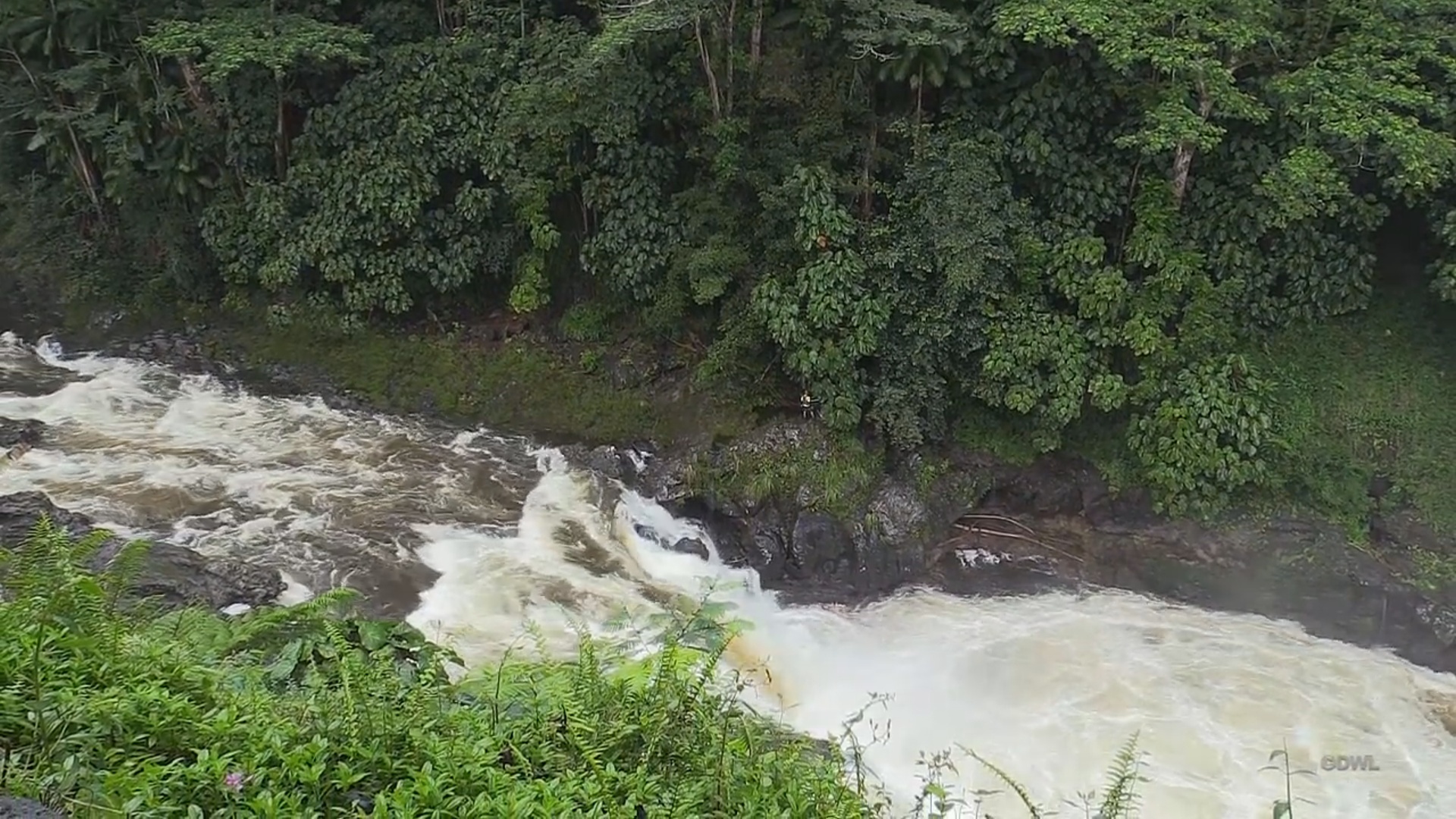 file image of the Wailuku River

HILO, Hawaiʻi - An injured male hiker was found and airlifted out of the Boiling Pots area of the Wailuku River on Monday.

(BIVN) – A hiker who slipped and fell near the Wailuku River was rescued by the Hawaiʻi Fire Department on Monday.

Rescue crews found an injured man, reported to be in his twenties, on the embankment of the river near Boiling Pots.

They placed the injured hiker on a spineboard as a precaution, and then a helicopter extracted the man out of the area. The hiker was transferred to medical personnel, treated, and then transported by ambulance to Hilo Medical Center ER in stable condition.

The Hawaiʻi Fire Department says it would like to remind visitors and residents of the access and hazard warning signs along the Wailuku River.