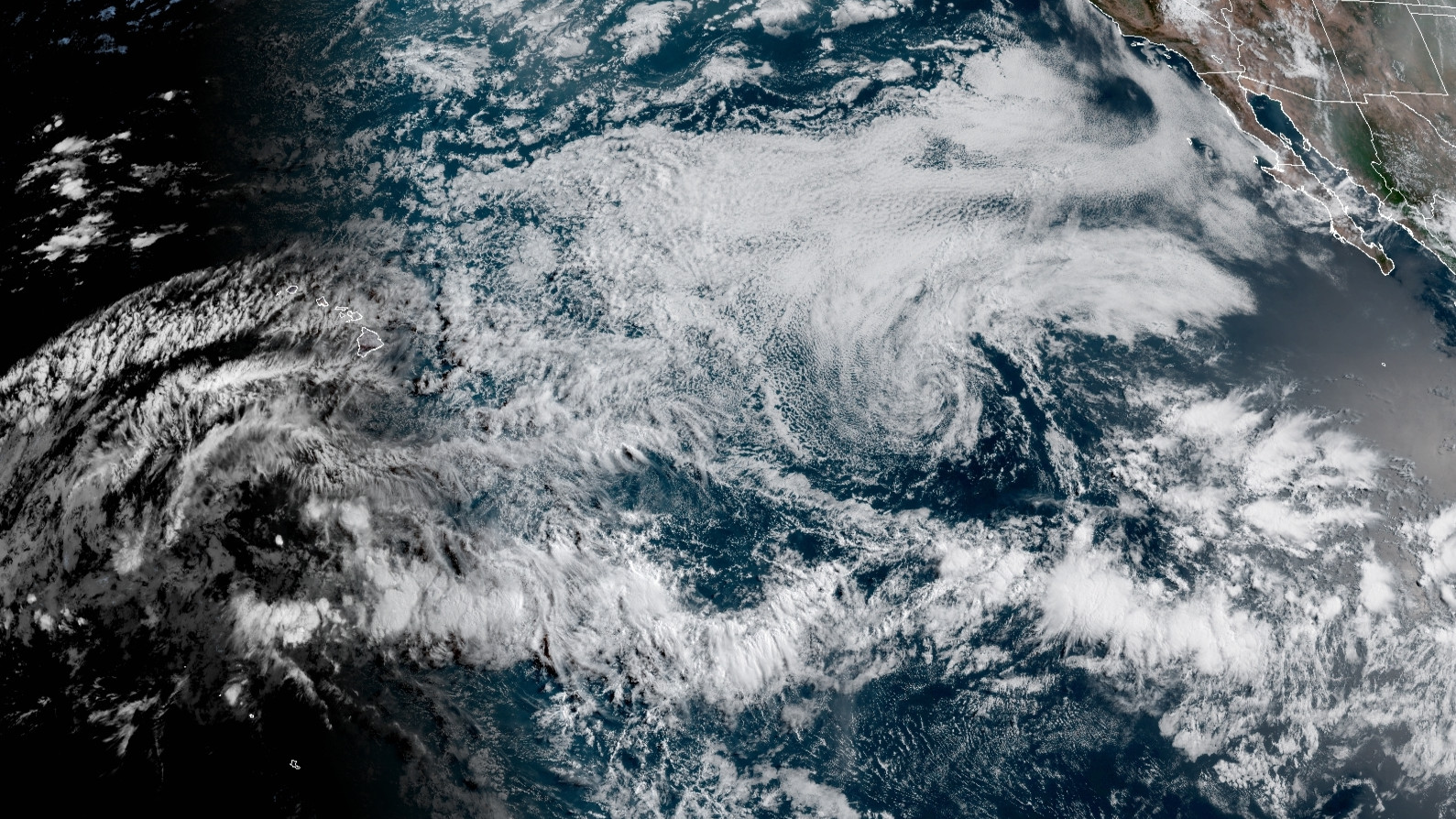 Former Tropical Depression Felicia, which is now a weakening remnant low located about 860 miles east-southeast of Hilo, is moving toward the west-southwest at about 15 mph. As this low pressure area related to former Felicia passes south of the area in a couple of days, the gradient will likely tighten across the state. This is forecast to cause the trade winds to remain breezy toward the end of the current work work. In addition, recent output from the global models continues to indicate that some peripheral moisture in the 800 to 700 mb layer associated with former Felicia may reach portions of the state later this week. Forecast model soundings show that as some of this moisture spreads up over the state, there may also be a slight reduction in mid-level stability. The current forecast indicates that there may be an increase in showers over some windward sections, especially the windward Big Island, from Thursday into Friday.

Looking ahead to the weekend, the remnants of former East Pacific Tropical Cyclone Guillermo are expected to reach the forecast area during the latter half of the upcoming weekend. The consensus of the model guidance appears to show the deepest tropical moisture associated with former Guillermo may pass by just to the north of the state. Since this is more than 4 days from now, there is still a great deal of uncertainty in the weekend forecast. For now, the current forecast shows a slight weakening of trade winds speeds by Sunday. In addition, the forecast is for wet trade wind conditions to develop from Saturday night through Monday morning. No heavy rainfall is in the current forecast for this weekend.