WAIKOLOA, Hawaiʻi - County officials say an emergency shelter has been opened at Old Airport in Kona, and buses are being set up at the Waikoloa Golf Course and Waikoloa Elementary School to help the evacuation.

(BIVN) – The large brush fire burning on Hawaiʻi island has jumped Highway 190, prompting officials to call for the evacuation of Waikoloa Village. 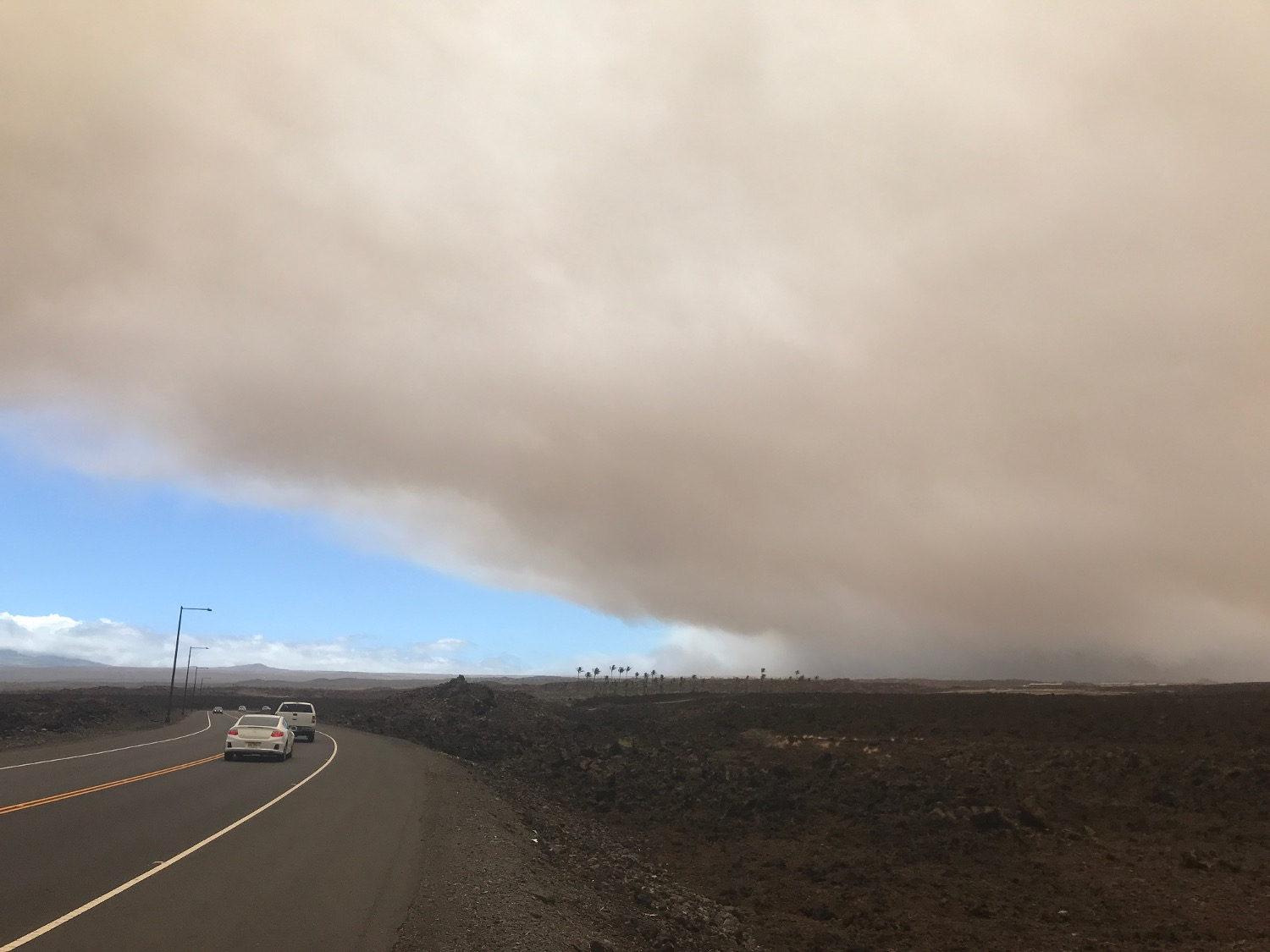 There are 50 fire apparatus on scene, and 140 personnel. Officials have requested the assistance of the Hawaiʻi National Guard.

Due to the high wind, the fire is continuing to break through the fire breaks, Chief Todd said. Moments before the start of the press conference, the fire jumped Highway 190, and was moving in the direction of Waikoloa. “While this has just happened, we do expect that the fire – because of the wind conditions – is going to continue to move at this time,” Chief Todd said, “and that we are calling for the evacuation of Waikoloa.”

“This isn’t the time to panic,” the fire chief said. “Please take your time. But at this time we are asking the residents in the Waikoloa region to start the process of packing up their stuff and evacuating from the area.”

The County says it has opened up an emergency shelter at Old Airport in Kona. Officials said buses are also being set up at the Waikoloa Golf Course and Waikoloa Elementary School to help with the evacuation.

“Do not panic, but if you are in the Waikoloa area, we ask that you start evacuation at this time,” said Mayor Roth.

The National Weather Service has issued a Wind Advisory, which will be in effect until 6 p.m. Sunday evening. Northeast winds of 15 to 30 mph with localized gusts over 50 mph are expected.

A Hawaiʻi County Civil Defense message says the communities of Puʻukapu Hawaiian Homesteads and Waikiʻi Ranch are under mandatory evacuation orders. On Saturday, a shelter was made available to displaced residents at the Waimea District Park. At least one home has been lost to the fire in Puʻukapu, officials say.