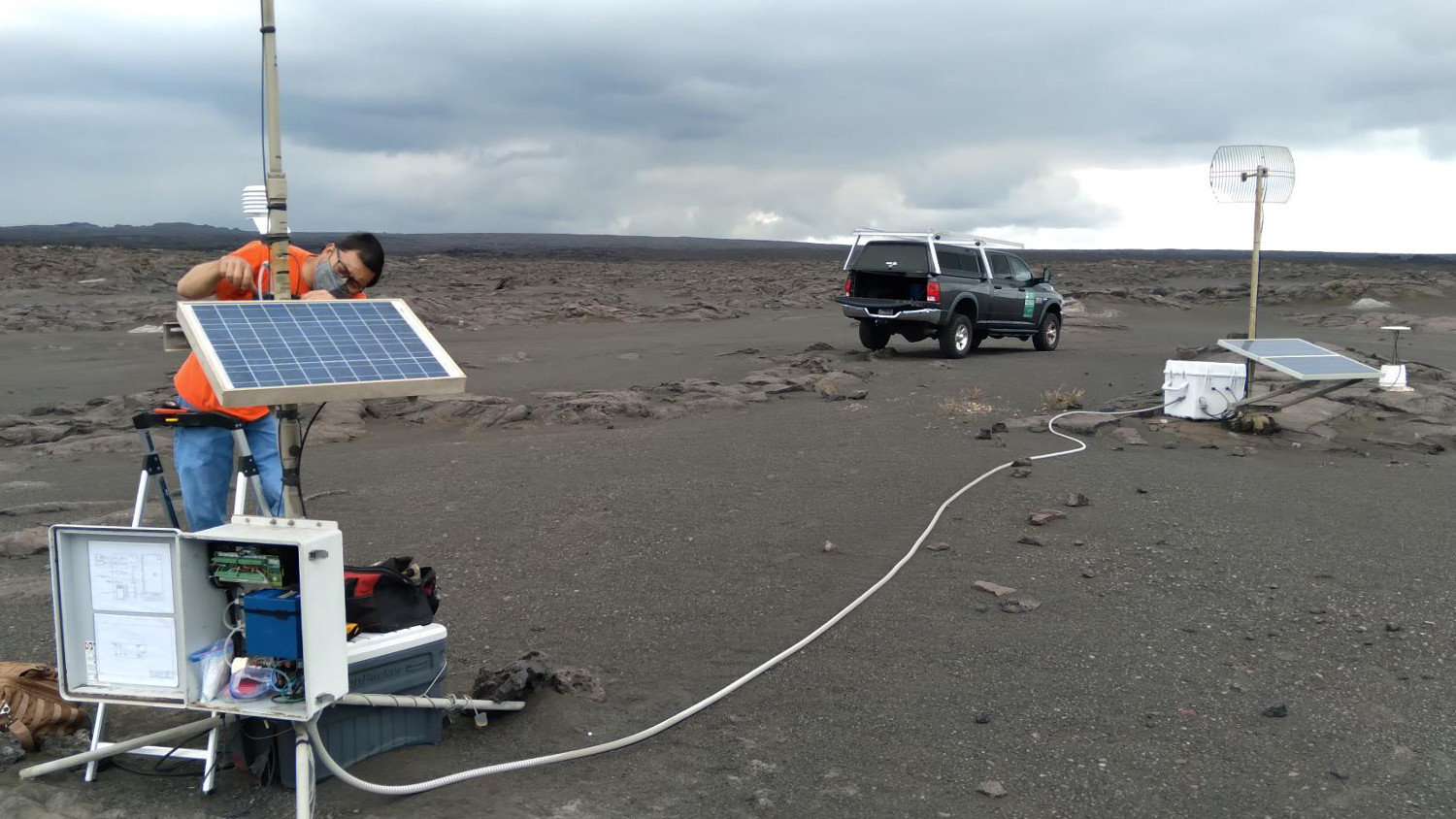 Kilauea Update: All Is Quiet On The Volcano

HAWAIʻI ISLAND - There has been little activity following the recent intrusion of magma beneath the surface in the area south of Kīlauea caldera. 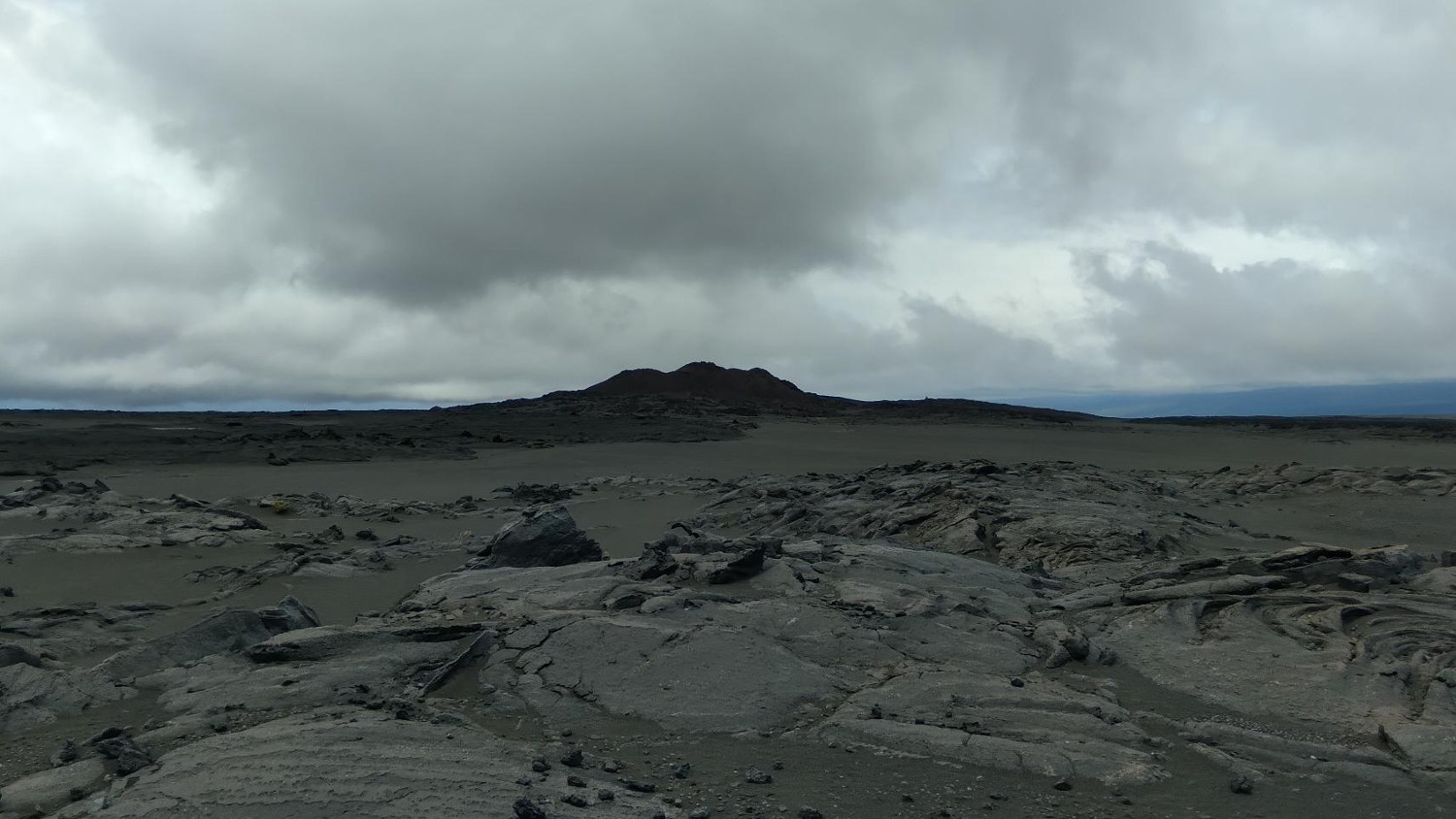 (BIVN) – Kīlauea is not erupting, and the USGS Volcano Alert Level level remains at ADVISORY.

Following the brief magma intrusion near the summit region in late-August, the volcano has been quiet. “Earthquake rates and ground deformation in this area have remained near pre-intrusion levels,” the USGS Hawaiian Volcano Observatory reported. “Other monitoring data streams, including sulfur dioxide emission rates and webcam views, show no significant changes.”

From the USGS HVO update on Tuesday, September 14:

Summit Observations: Over the past week, 13 small-magnitude earthquakes – all below M2.5 – were detected beneath the summit region of Kīlauea. These earthquakes occurred approximately 1-3 kilometers (0.6-1.9 miles) below ground level near Halema‘uma‘u. There has been no notable seismic activity in the vicinity of the the recent intrusion. Since August 30, tiltmeters have not detected any substantial ground deformation in the summit region. These observations suggest that the supply of new magma to the intrusion has slowed or stopped.

Sulfur dioxide (SO2) emission rates remain at very low levels that have persisted since May 2021, when the most recent summit eruption ended. The latest SO2 emission rates – measured on September 8 – were 55 tonnes per day, close to levels associated with the non-eruptive period from late 2018 to late 2020 (less than 50 tonnes per day). The present rates are significantly lower than the average of over 800 tonnes per day that prevailed from mid-February to mid-April when the Kīlauea summit eruption was ongoing.

Halemaʻumaʻu Lava Lake Observations: The surface of Halema‘uma‘u lava lake, which was actively erupting from December 2020 through May 2021, remains covered by stagnant and solidified lava crust. Currently, there are no indications of the Halema‘uma‘u vent resuming eruption.

East Rift Zone Observations: No unusual activity has been noted in the Kīlauea East Rift Zone. Ground deformation monitors indicate that the upper East Rift Zone – between the summit and Puʻuʻōʻō – is refilling at rates similar to those measured over the past 2 years and before the December 2020 – May 2021 eruption in Halemaʻumaʻu. SO2 and hydrogen sulfide (H2S) emissions from Puʻuʻōʻō were below instrumental detection levels when last measured on January 7, 2021.

Hazard Analysis: Levels of volcanic gas – SO2 and carbon dioxide (CO2) – can remain locally hazardous even though Kīlauea is not erupting. Overall SO2 gas emissions are low, but local concentrations of SO2 or H2S may persist in downwind areas, and residents may from time to time notice odors of these gasses. Significant hazards also remain around Halemaʻumaʻu from crater wall instability, ground cracking, and rockfalls that are enhanced by earthquakes within the area closed to the public.

The Hawaiian Volcano Observatory says it will continue to issue weekly Kīlauea Volcano updates on Tuesdays until further notice.