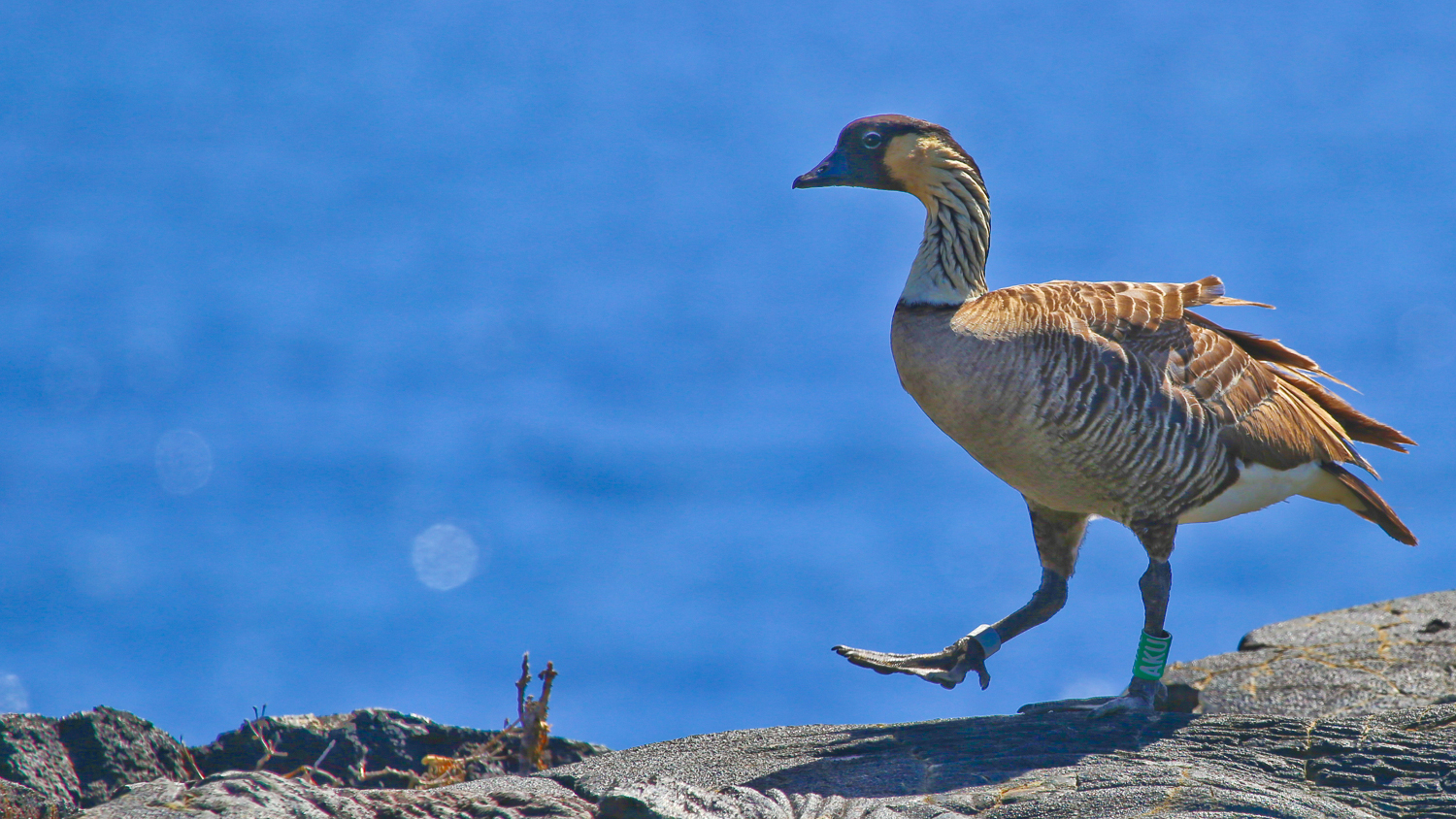 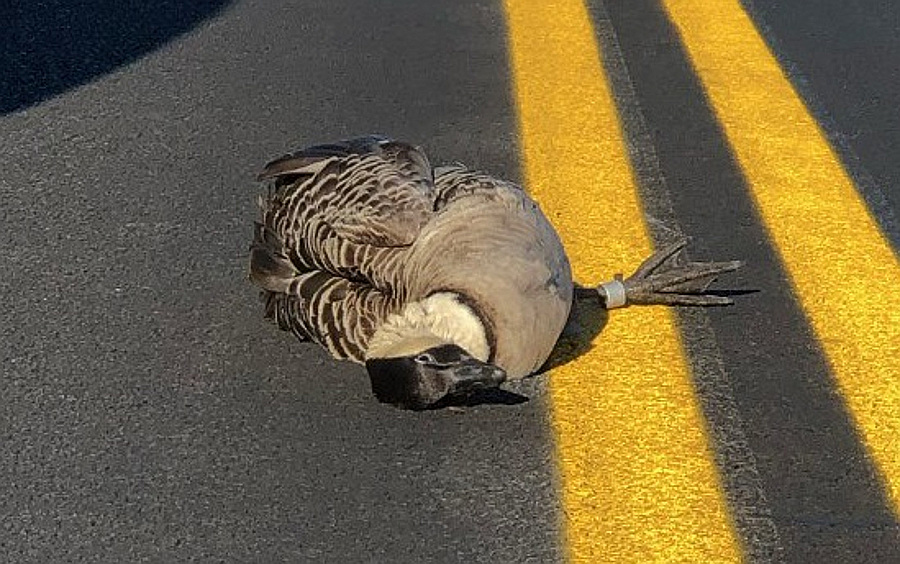 (BIVN) – Hawaiʻi Volcanoes National Park is raising awareness about speeding and feeding nēnē in the park, following the recent deaths of three of the native geese.

October marks the start of nēnē breeding and nesting season in Hawaiʻi, but unfortunately this season is off to a deadly start for native geese in Hawaiʻi Volcanoes National Park.

In the last two weeks, three nēne were fatally struck by vehicles on Chain of Craters Road, despite signs warning motorists to slow down and watch for geese. The latest death occurred this morning, a male goose whose mate was killed last week on the same stretch of road near the Mau Loa o Maunaulu trailhead.

“It is tragic that three rare nēnē are dead because of speeding or inattentive motorists in the park, especially a mated pair at the start of breeding and nesting season. We need everyone to slow down, watch out for wildlife and understand that the park is their habitat,” said Hawaiʻi Volcanoes National Park Superintendent Rhonda Loh. “It is also imperative that people never feed nēnē. Besides being unhealthy for the birds, feeding wildlife gets them comfortable around humans and vehicles, which all too often has a fatal outcome,” Loh said.

The park also urges visitors to steer clear of a nēnē pair that is frequenting the former Jaggar Museum parking lot at the new Uēkahuna eruption viewing area. Park staff have observed nēnē feeding on piles of rice, crackers and other food left behind in the parking lot and surrounding area. Although the food is removed, to further protect the birds, park management could decide to close the parking lot if the nēne continue to congregate near vehicles.

Nēnē are the largest native land animals in Hawai‘i and the world’s rarest goose. They are present in the park and other locations in Hawai‘i year-round, but the October through May breeding/nesting season is crucial for their survival. It’s also when nēnē are most vulnerable to being run over by drivers. The geese are focused on eating, and often forage from dawn to dusk as they get ready to nest. They blend in with their surroundings, and in low-light periods, they are especially hard for motorists to spot.

Nēnē crossing signs posted throughout the park call attention to roadside areas frequented by nēnē. These include sections of Highway 11, Crater Rim Drive, and Chain of Craters Road. Speed humps are installed in problem areas. Motorists are urged to use extra caution in nēnē crossing areas, and to obey posted speed limits.

By 1952, only 30 birds remained statewide. Hawai‘i Volcanoes National Park and conservation partners began efforts to recover the species in the 1970s through a captive breeding and reintroduction program. The Nēnē Recovery Program continues today, and around 165 birds thrive in the park from sea level to around 8,000 feet. Nearly 3,500 nēnē exist statewide.

Wild nēnē are found only in Hawai‘i and are the last survivor of several other endemic geese. They have strong feet and padded toes with reduced webbing, an adaptation that allows them to walk across rough lava plains. Most nēnē fly between nighttime roosts and daytime feeding grounds. The female builds a simple ground nest and incubates one to four eggs for a full month while her devoted mate acts as a sentry. Shortly after they hatch, goslings leave the nest and follow their parents to their traditional foraging grounds which can be more than a mile away. At 14 weeks, nēnē can fly, and along with their parents, they join other flocks where they meet their relatives