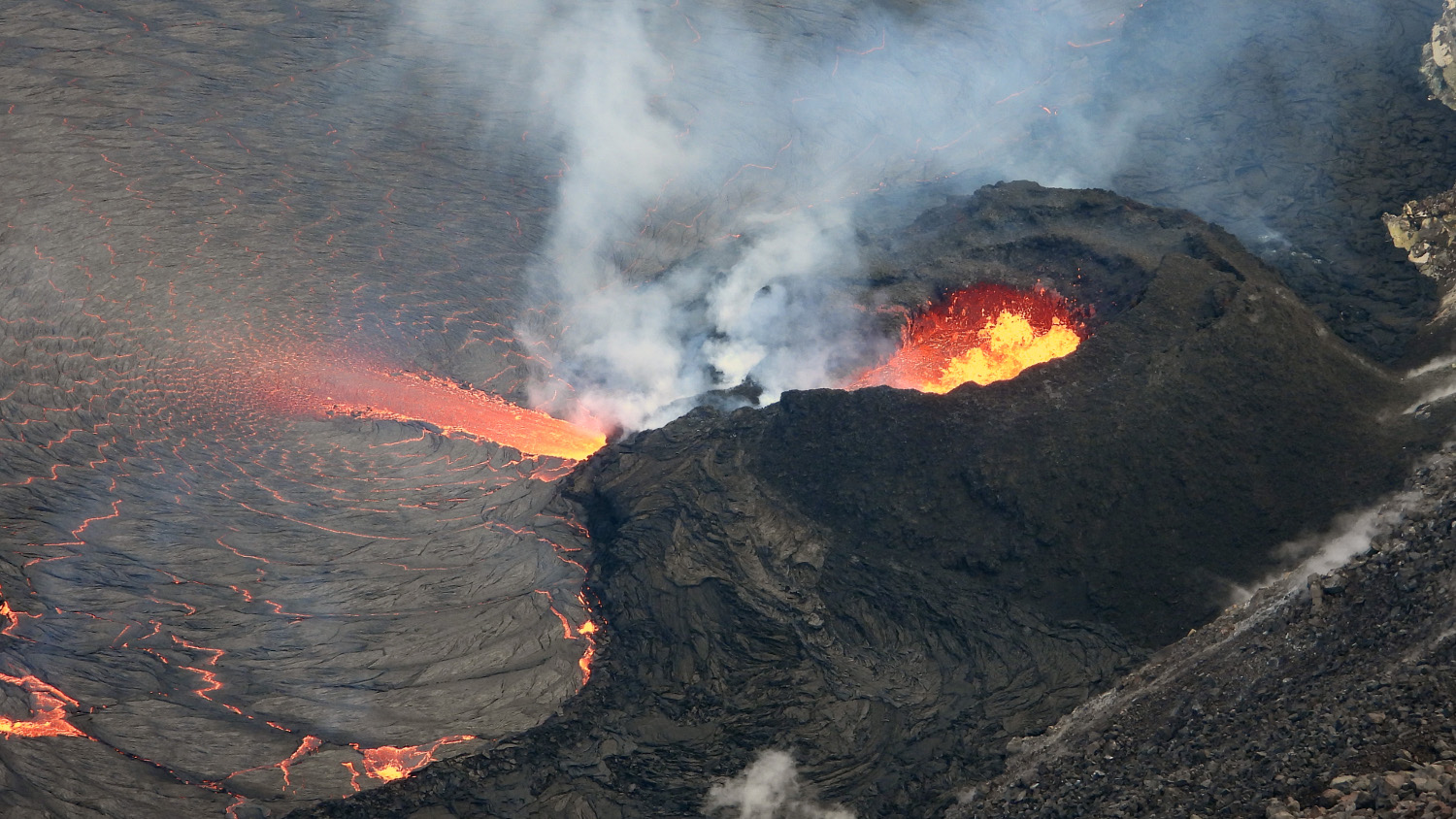 USGS: "A telephoto image of the west vent in Halema‘uma‘u, taken from the northwest rim on November 3. Low roiling lava continues to erupt from the west vent, with occasional larger bursts of spatter. The spatter cone that has built up since the eruption began on September 29, contains ponded lava that supplies the lava lake through the tubed-over spillway. This photo was taken from an area of Kīlauea's summit within Hawai‘i Volcanoes National Park that remains closed to the public due to hazardous conditions." (USGS photo by L. DeSmither)

HAWAIʻI VOLCANOES NATIONAL PARK - As of this morning, lava is erupting at a higher rate compared to the diminished activity reported yesterday. 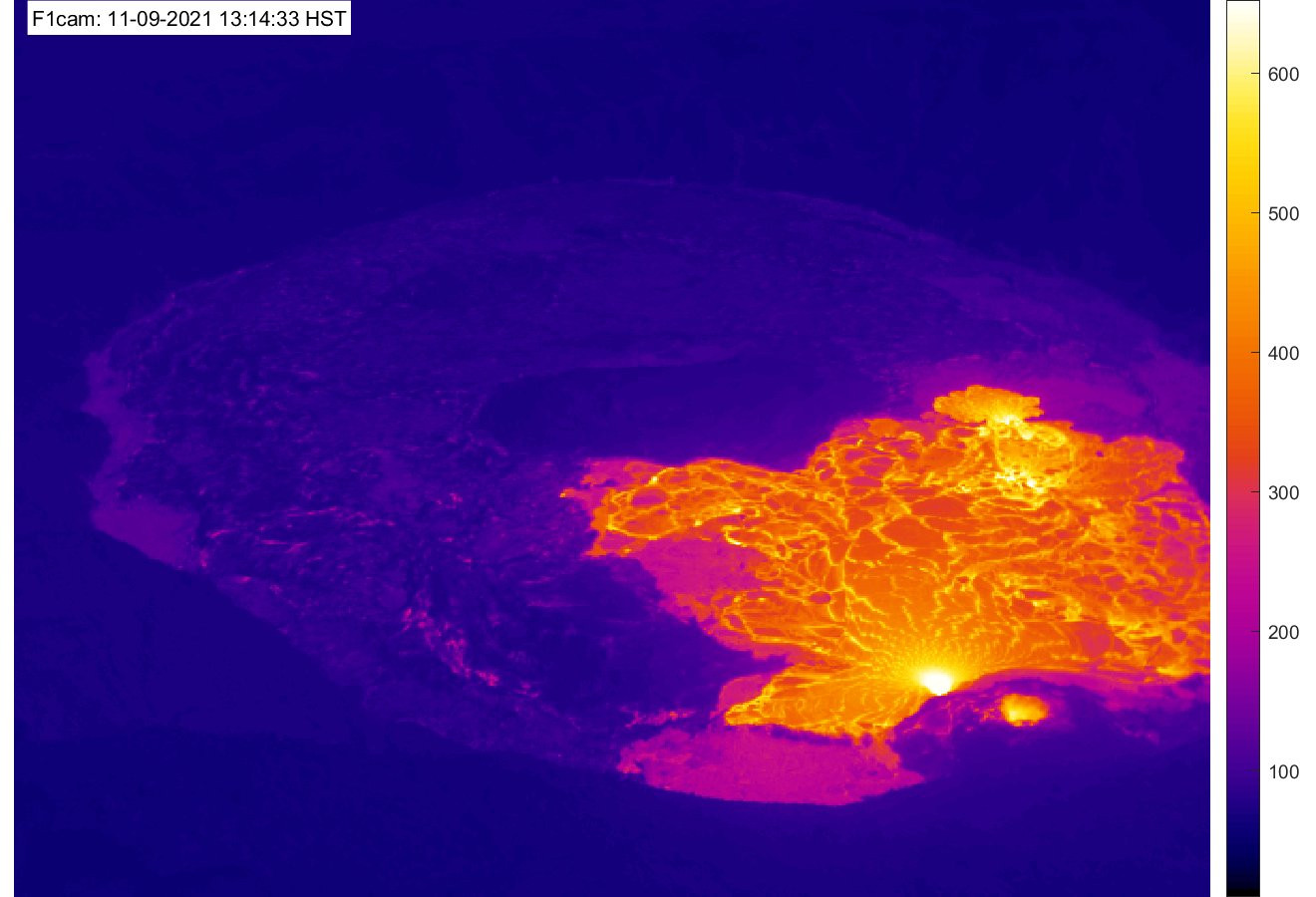 (BIVN) – After a brief decrease in activity, the lava eruption at the summit of Kīlauea rebounded on Tuesday.

The USGS Hawaiian Volcano Observatory reported today that lava is now erupting at a higher rate, compared to the diminished activity reported on Monday. The activity has returned to levels observed prior to yesterday’s brief decrease, scientists say.

On Monday, the USGS noted that eruptive activity had slowed over the past 24 hours, “with webcams showing minimal spatter visible within the west vent and a decrease in the area of active lava at the surface of the lava lake.” The diminished rate was seen after the onset of summit deflation on Sunday evening. Lower sulfur dioxide emission rates of approximately 250 tonnes per day were also measured.

The deflation stopped on Monday morning (November 8) and was followed by a brief period of inflation Monday evening. Scientists say the summit tilt has been unchanged today (November 9). Earthquake activity remains below background and volcanic tremor remains elevated since the beginning of the eruption, USGS reports.

“No unusual activity has been noted in the Kīlauea East Rift Zone,” the USGS HVO reported. “Ground deformation measurements in the upper East Rift Zone area – between the summit and Puʻuʻōʻō – suggest that refilling of magma since late August 2021 has slowed or decreased slightly.”