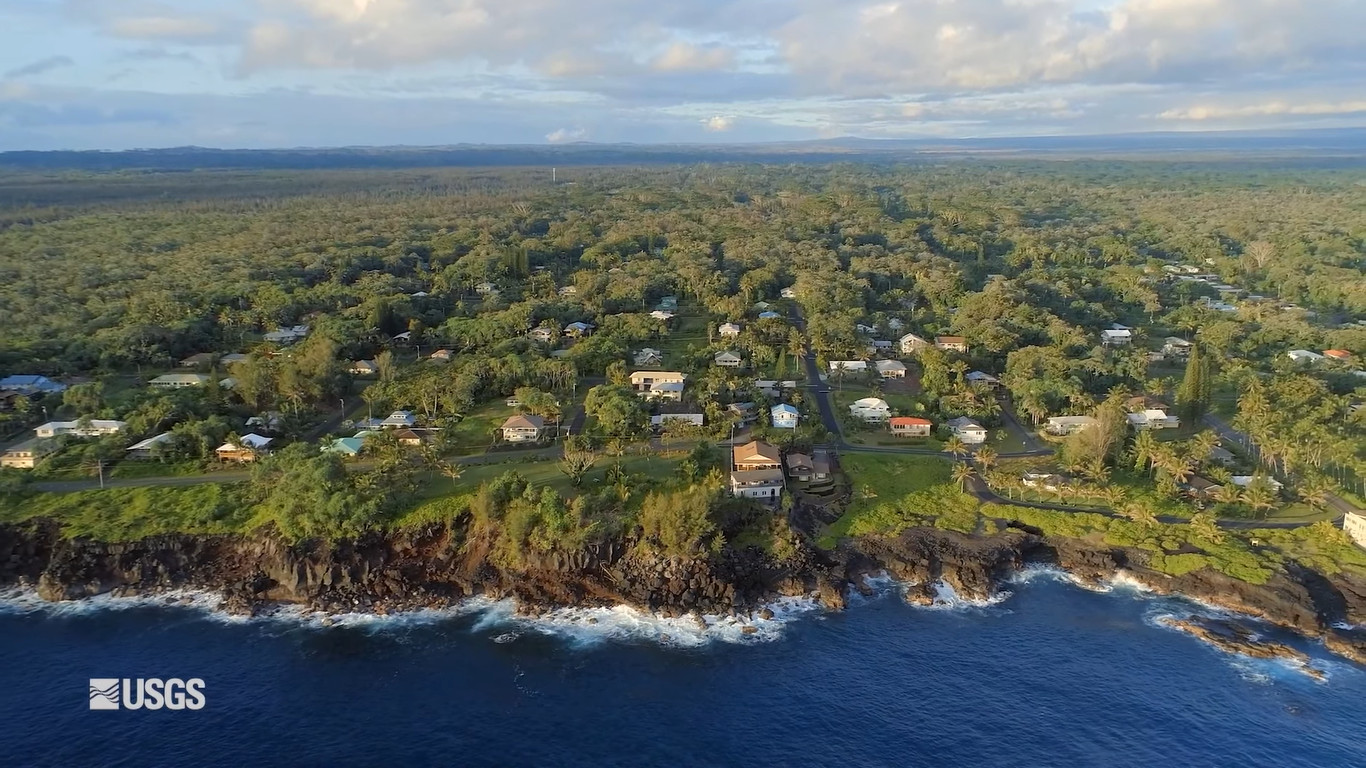 The Big Island’s vulnerability to climate change and sea-level rise was featured in a video shown during a November 8 presentation by Doug Beard, Chief of the U.S. Geological Survey’s National Climate Adaptation Science Centers. The video was also uploaded to USGS media channels.

“These data and products will be a lasting resource for land managers, local government and the scientific community as we grapple with the challenges of building community resilience in a time of rising sea level,” said Perroy.

A research team comprising staff from the Pacific Islands Climate Adaptation Science Center (PI-CASC), the University of Hawai’i and the County of Hawai’i Planning Department recently set out to quantify historic and contemporary rates of change along different types of shorelines on Hawai’i Island, using those data to model observed changes into the future through sea level rise impacts.

PI-CASC is a partnership between the U.S. Geological Survey and a three-member university consortium: the University of Hawai’i at Manoa (the consortium lead), the University of Guam, and UH Hilo. PI-CASC develops research products (information, tools, and techniques) that strengthen the capacities of natural and cultural resource managers across the Pacific to anticipate and adapt to climate change impacts.

On Hawai’i Island, a “setback policy” requires developers to place buildings at least 40 feet from the established shoreline across the entire island. This largely arbitrary line did not account for different uses of the land, nor the constantly shifting environments distinct to the island’s different shoreline types. Ultimately, it left some communities exposed to coastal hazards.

The research team combined existing datasets (historic aerial photos) with new data (drone imagery, topographic surveys, etc.) to quantify past and present rates of coastal change. These data were then merged with sea level rise projections and other geospatial data to estimate future impacts along the coastline using a GIS platform.

“I love the way it showcases how community-based solutions to climate change can work,” said Mari-Vaughn Johnson, PI-CASC’s federal director. “This project’s deepening of the relationship between UH Hilo and county planners, and contribution to the capacity of the next generation of climate adaptation scientists and managers, is as valuable as the scientific literacy this tool creates.”

“I was deeply moved by the unique balance achieved in this session of agency leads and high-level expression from experience, alongside wide-ranging voices across communities and across the nation,” said Scott Laursen, co-developer of the Manager Climate Corps. “In each case, on-the-ground voices demonstrated strength through union and empathy, amid vulnerability and great challenges.”