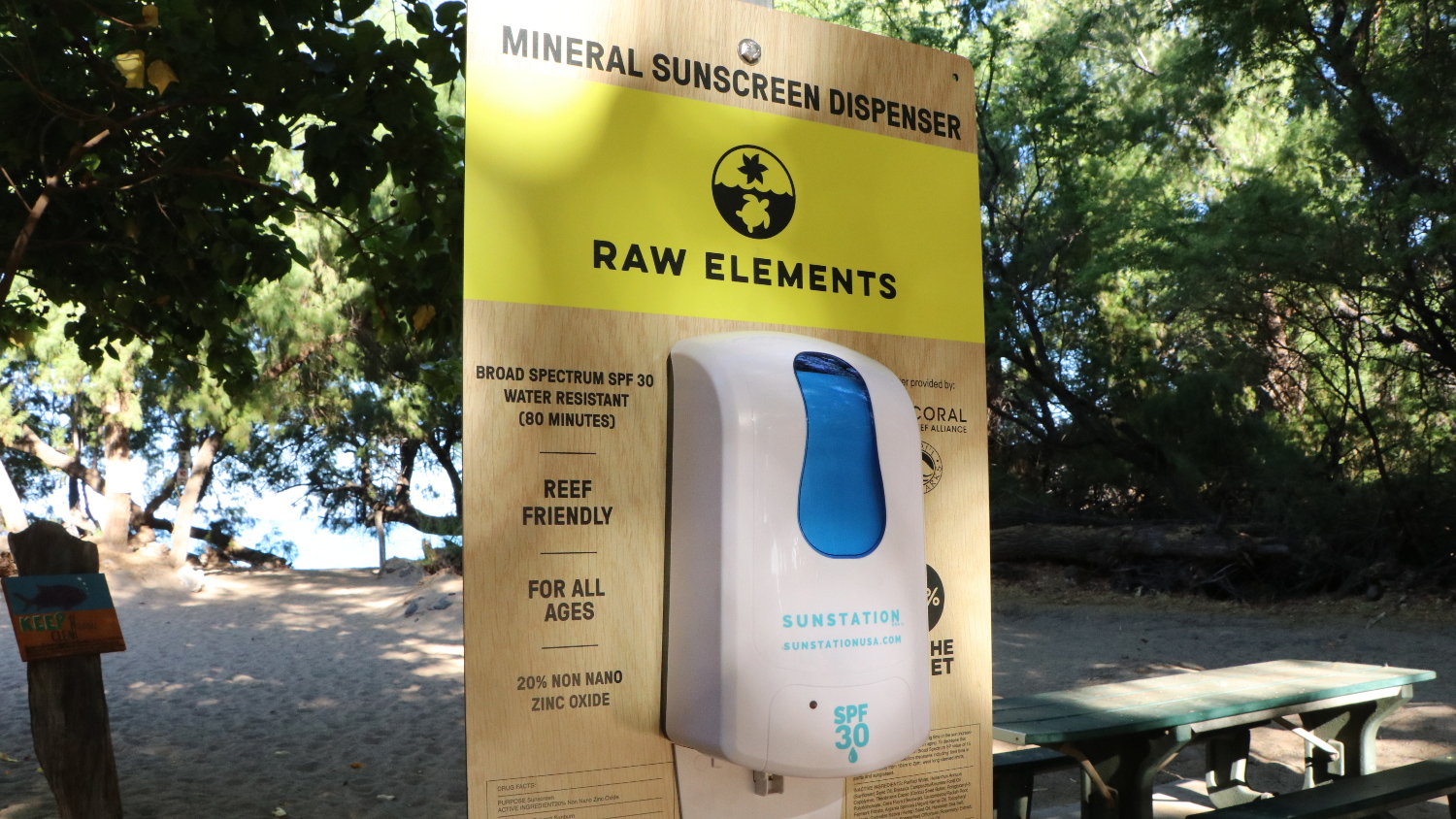 HAWAIʻI ISLAND - The first non-chemical sunscreen dispenser in a Hawai‘i State Park was unveiled this week at the Waialae section of Hāpuna State Recreation Area. 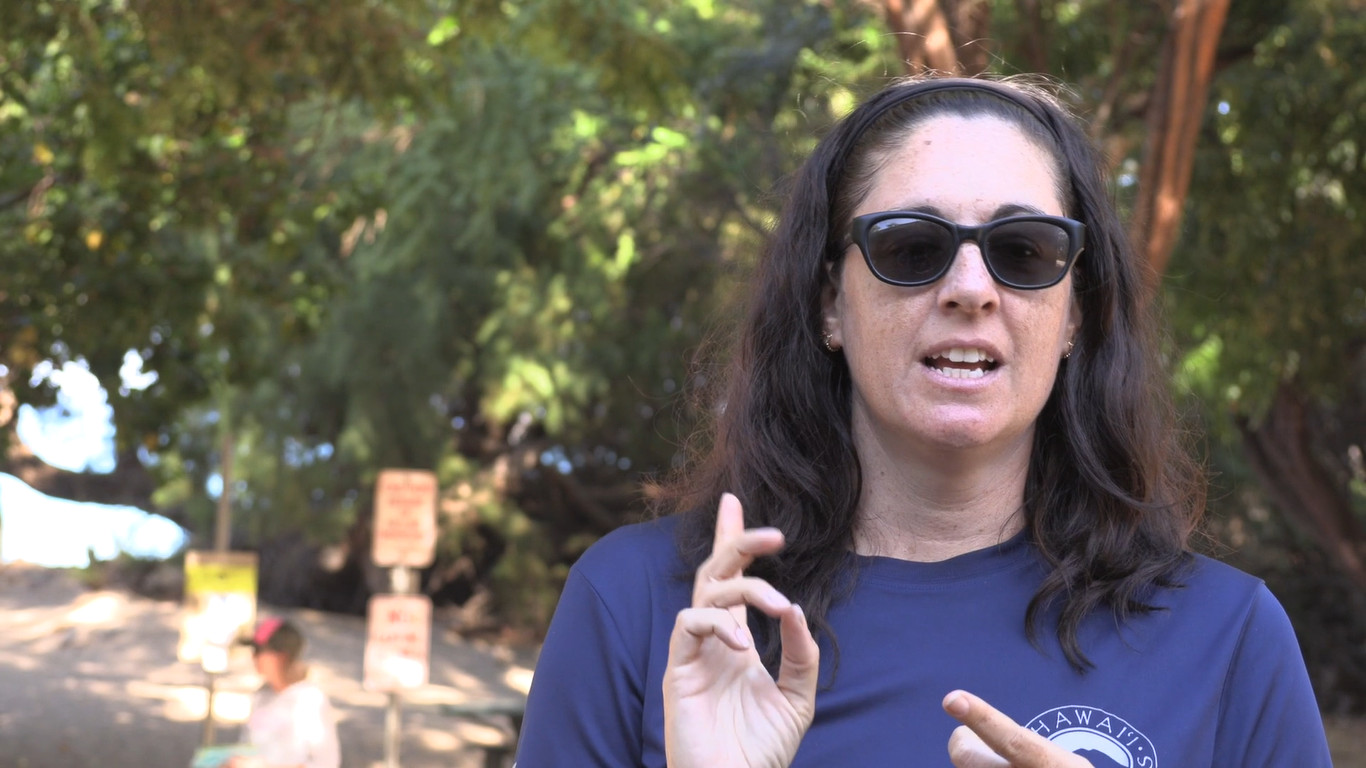 (BIVN) – The State of Hawaiʻi is letting the public now that reef-friendly sunscreen is now available, free of charge, at a section of the Hāpuna State Recreation Area in West Hawaiʻi.

The first non-chemical sunscreen dispenser in a Hawai‘i State Park was unveiled this morning. It’s a nod to the growing movement and legislation to get ocean users and beach goers to only apply mineral-based sun protection – to protect sensitive coral reef systems around the state.

Dena Sedar, an interpretive specialist with the DLNR Division of State Parks (DSP), coordinated the partnership that funded the sunscreen station at the Waialae section of Hāpuna State Recreation Area on the west coast of Hawai‘i Island.

She and other ocean advocates were on hand this morning to greet beach visitors with information on coral reef protection and the detrimental impacts chemical-based sunscreens have on corals, which are considered the foundation for healthy oceans.

Sedar invited a man to be the first person to use some mineral sunscreen, which contain either zinc or titanium. Another man then slathered his head with the free sunscreen product. When asked. other visitors told Sedar that they either had already applied sunscreen or had some with them.

“Certainly, there has been great progress and increased awareness from both visitors and residents about the damage chemical sunscreens cause,” Sedar noted. “However, I still cringe when I see people applying chemical sunscreens or using aerosols. I want to approach them and explain that this is damaging the very reefs they’re about to snorkel on.”

She hopes the very visible dispenser at Waialea Bay will see heavy use. It was identified as a good place to start due to its extensive coral cover and the fact it was impacted greatly by coral bleaching events in recent years. Chemical sunscreens have been shown to slow or prevent recovery from bleaching events, disease, and other disturbances to coral reefs.

Sedar hopes other beach locations will see dispensers in the future. In addition to DSP other partners in the Waialea project were mineral sunscreen maker Raw Elements and the Coral Reef Alliance.