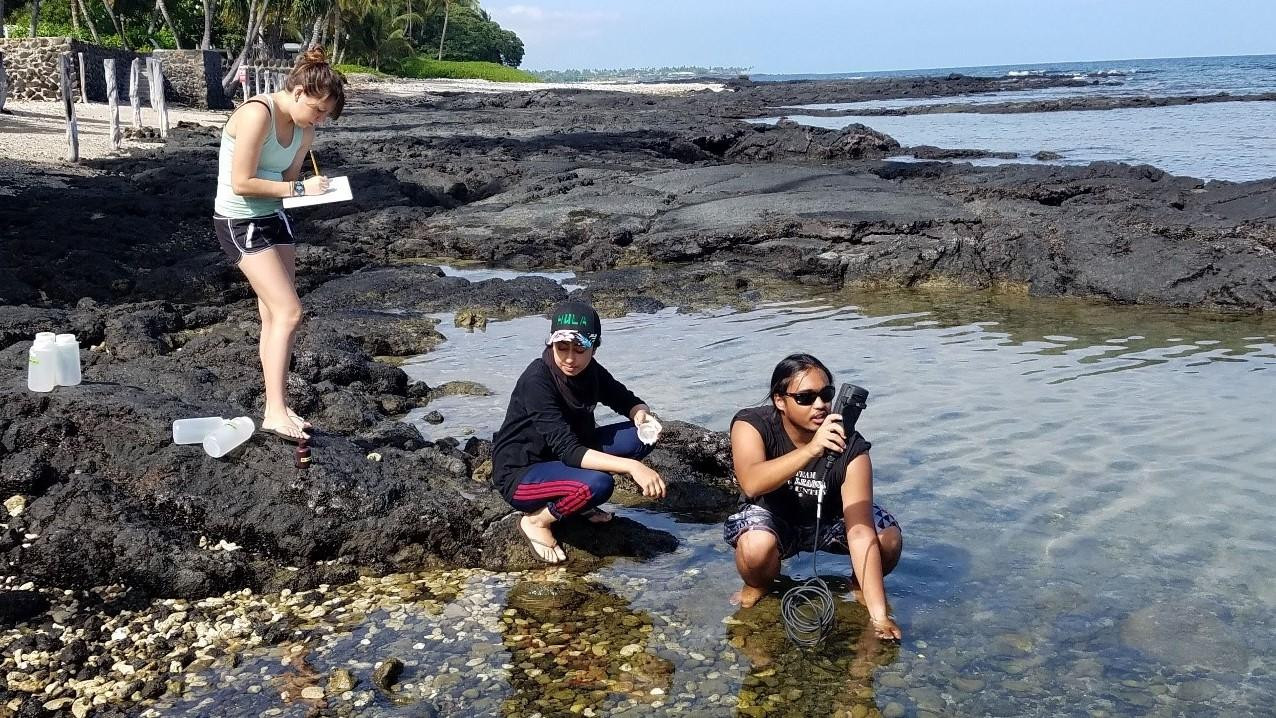 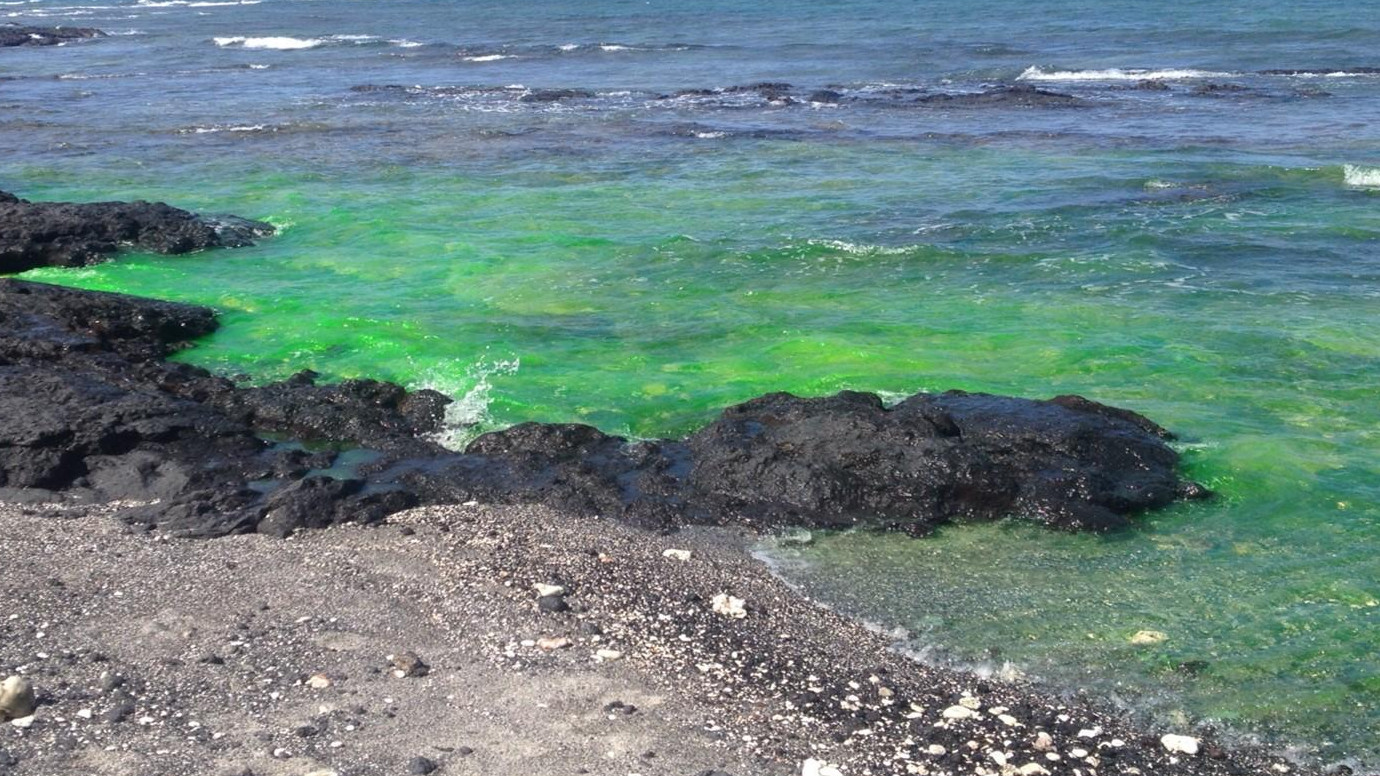 (BIVN) – Researchers say sewage is entering the groundwater at Puakō, and are recommending a wastewater treatment plant for the coastal village in West Hawaiʻi.

A team at the University of Hawai‘i at Hilo is studying the impact of local sewage systems on coastal water quality, and published their recent findings in the Journal of Hydrology: Regional Studies. The researchers conducted dye tracer studies at Puakō to determine the hydrological connection of cesspools, septic tanks and aerobic treatment units to nearshore waters, and found the dye rapidly emerged from shoreline springs within six hours.

“If you went to the bathroom at high tide when you flush the toilet that sewage would be coming out to the shoreline at low tide,” said Steve Colbert, a UH-Hilo Marine Science Professor. “And it’s not the kind of water that I would want to be swimming in and it also has implications for our coral reef health.”

From a University of Hawaiʻi news release:

Data collection the past several years has shown that bacterial levels on the Puakō coastline, were higher than Hawai‘i Department of Health standards in recreational waters fronting 81% of residential homes sampled.

The researchers have concluded that without a wastewater treatment plant, 69% of the area they sampled would be out of compliance with health department water quality standards even if every resident upgrades to new sewage systems. “From a water quality standpoint, both in regards to human and coral reef health, Puakō building its own [sewage treatment plant] would be best,” stated the researchers in their published work. 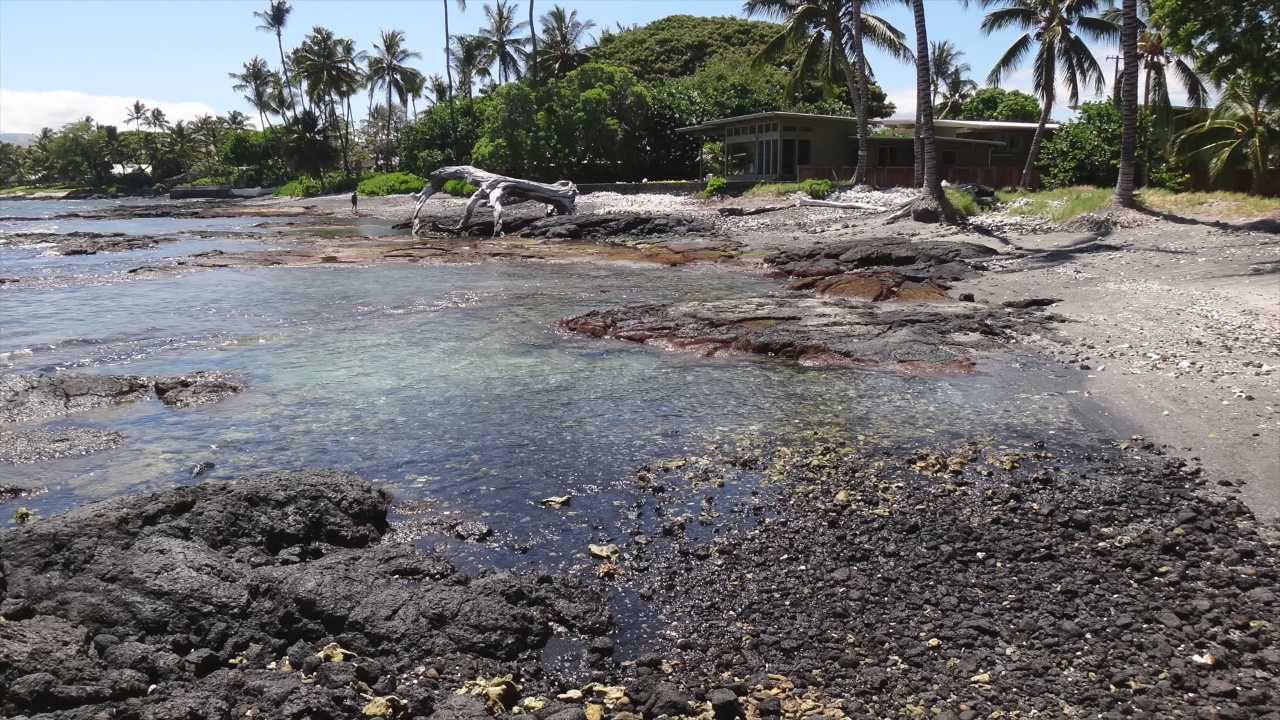 Working with the community

The research team’s involvement with the Puakō community followed the 2015 ban of construction of new cesspools due to concerns about threats to human and coral reef health. In 2017, state laws were changed to require all cesspools be replaced by 2050.

“Puakō Community Association expressed to us that they were looking to transition away from cesspools,” said Wiegner. “We wanted to help understand the reality of each of these options. We went north, south, and up the mountain to three different communities to figure out where sewage was entering into the groundwater in Puakō’s watershed.”

According to Wiegner and Colbert, the community is considering three options: Replacing cesspools with aerobic treatment units, building a sewage line to the Mauna Lani Resort wastewater treatment plant, or building a treatment center in Puakō.

“We really aren’t the most fun people to go to the beach with,” said Colbert. “[But] the community has been so supportive of our work, helping us access sites and participating in community meetings where we shared our results.” 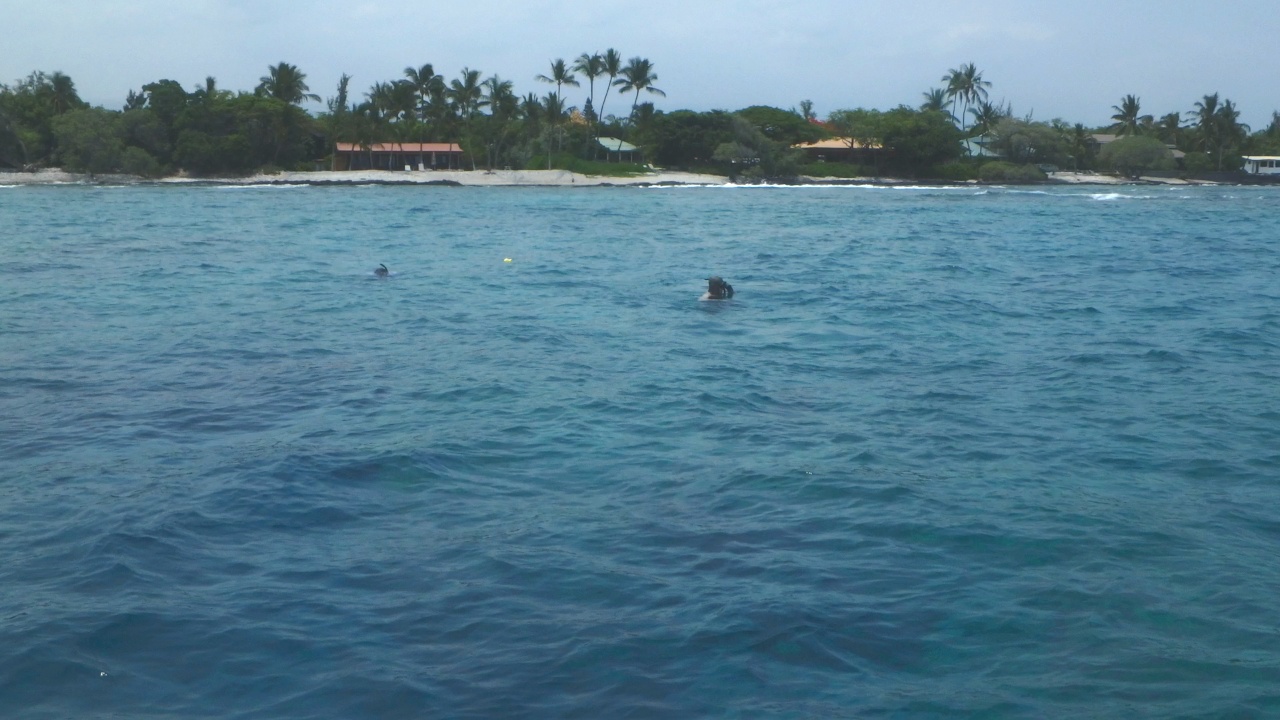 Puakō is particularly vulnerable to changes in sea level because there is not much distance from the surface of the ground to where water sits below it. This shoreline has one of the highest bacterial concentrations on Hawaiʻi Island.

“You’ve got a main road, and houses on either side of it,” Wiegner explained. “There are homes just feet away from the ocean and near tide pools.”

The magnitude of sewage pollution increases in areas where there is limited soil, which aids in bacterial processing. 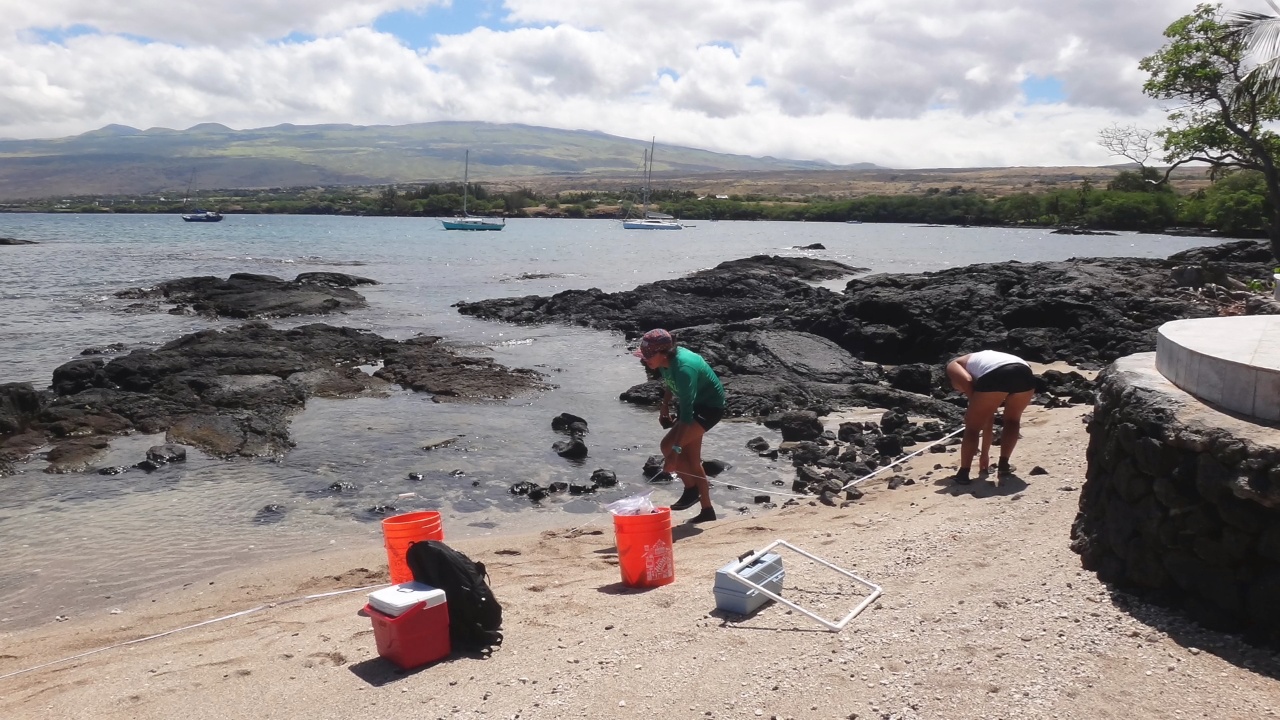 Sewage is composed of a slurry of potentially hazardous pathogens, nutrients, cleaning chemicals, hydrocarbons and pharmaceuticals. It poses human health risks that can lead to abdominal, skin, urinary and blood infections. 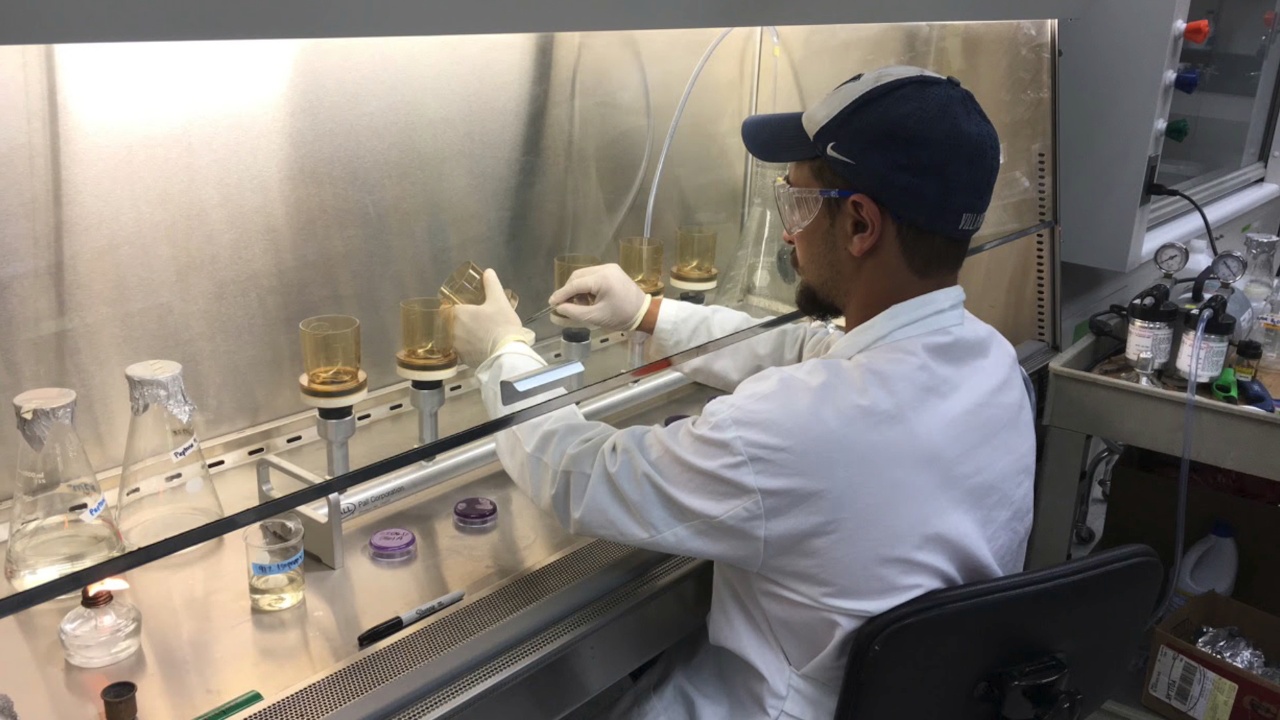 Wiegner said she was happy to provide information to lawmakers relevant to the community’s requests for improved pollution control in their nearshore waters.

In 2019, the Hawai‘i State Legislature allocated $1.5 million in capital improvement project funds for the planning and design of a wastewater treatment plant at Puakō.

The County of Hawai‘i provided $250,000 in matching funds and encumbered the state’s contributions in order for the planning and design of a wastewater treatment plant in Puakō to move forward.