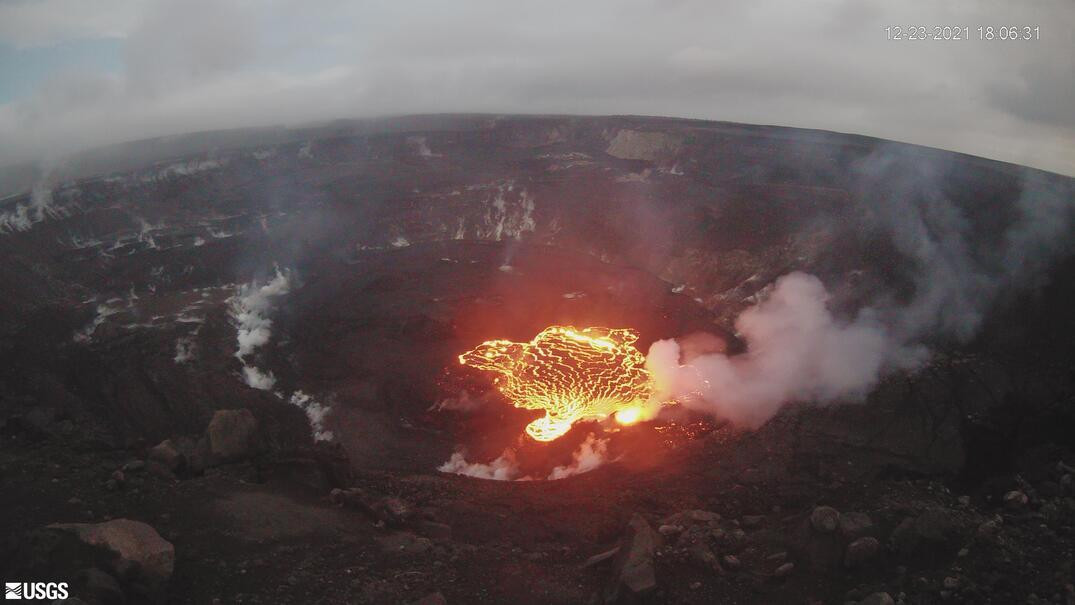 (BIVN) – After a short pause in activity, the eruption of Kīlauea volcano has resumed at the Halemaʻumaʻu summit crater.

The USGS Hawaiian Volcano Observatory on Thursday reported the summit eruption resumed on Wednesday evening, ending a 2-day pause in activity. The lava lake activity resembles that observed prior to the recent eruptive pause, scientists say, and remains confined to the summit crater in Hawaiʻi Volcanoes National Park.

“New breakouts on the surface of the Halemaʻumaʻu lava lake appeared just before 8 p.m. last night following a resumption of strong volcanic tremor at 7:30 p.m.,” Thursday’s USGS HVO update reported. “About half an hour later, the summit began to deflate, reversing the strong inflationary episode of the prior 24 hours leading up to the return of eruptive activity.”

“The renewed input of lava has rejuvenated the lava lake that was active prior to the recent eruptive pause, occupying the same footprint as before,” the scientists said. “However, the newly active lake has been overflowing and feeding substantial lava flows to the southeast over inactive, crusted portions of the lake against the Halemaʻumaʻu crater wall.”

No unusual activity has been noted in the Kīlauea East Rift Zone, the USGS added.