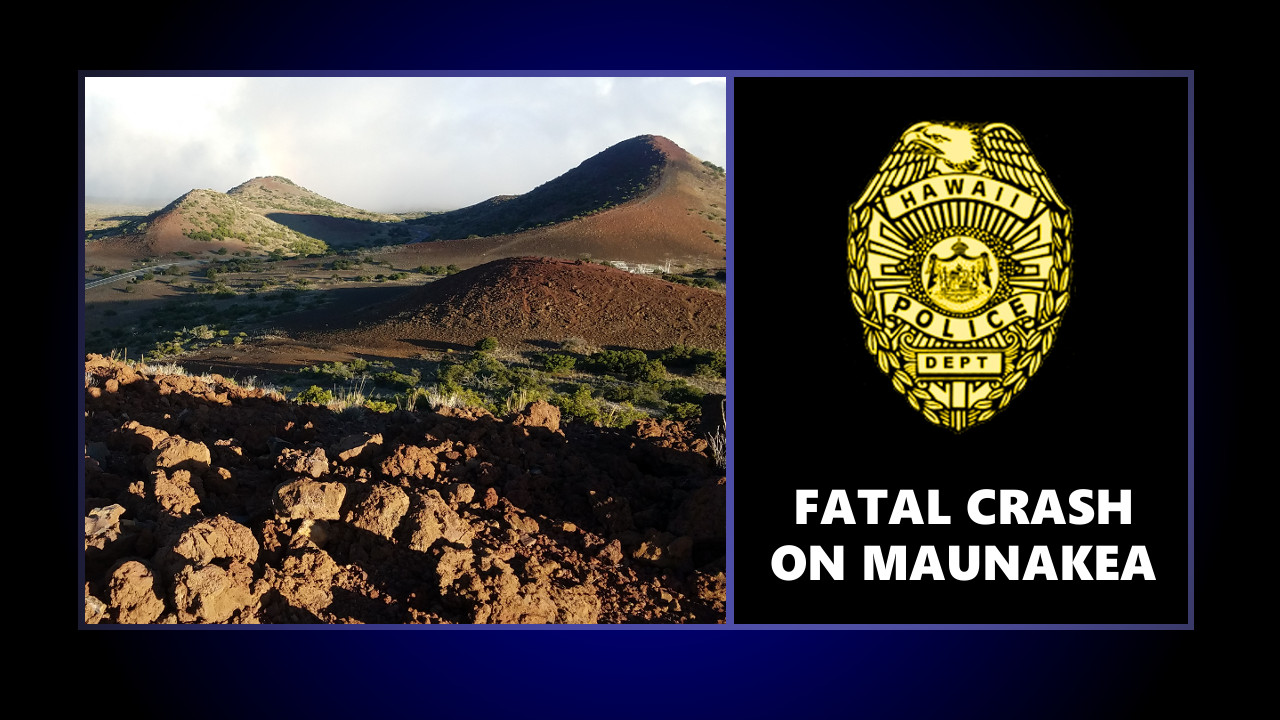 MAUNAKEA, Hawaiʻi - A nine-year-old girl was killed and several others injured when the vehicle they were riding in apparently lost control and fell into a ravine.

(BIVN) – A single-vehicle traffic collision that occurred on the Mauna Kea Access Road on New Year’s Day has claimed the life of a nine-year-old girl and seriously injured several others.

The Hawaiʻi Fire Department first reported the incident occurred below the visitors center at the 8,000 ft. level of the Mauna Kea Access Road. Fire officials said several people were injured and one person was killed in the crash. “Multiple patients ejected from vehicle with life threatening injuries,” the fire dispatch said. The road was closed for hours on the day of the crash, and again on Sunday as police conducted their investigation.

A news release from the Hawaiʻi Police Department on Sunday provided more details:

Hawai‘i Island police are investigating a single-vehicle traffic collision that occurred on Mauna Kea Access Road in Hilo, Saturday, January 1, 2022, around 3:28 p.m., in which a nine-year-old girl died and seven people were injured.

Police investigators have determined that a 2018 Toyota Tacoma traveling west on Mauna Kea Access Road appears to have lost control of the vehicle when the brakes did not respond. The Tacoma then crossed the roadway in a right curve and went off the left shoulder, approximately 100 yards and fell into a ravine. At the time of the collision the roadway was wet and it was raining.

A nine-year-old female, located in the back seat of the cab of the truck, was transported to Hilo Medical Center for her injuries were she was pronounced dead at 5:03 p.m. An autopsy has been ordered to determine the exact cause of death.

Police believe that speed, brake failure, and not wearing seatbelts appear to be major factors in the outcome of this collision. Further investigation will be conducted relative to any additional contributing factors.

The East Hawaii Traffic Enforcement Unit has initiated a negligent homicide investigation, which is pending. Police are asking for anyone who may have witnessed the collision or who has information to contact Officer Jared Cabatu at (808) 961-2339 or via email Jared.Cabatu@HawaiiCounty.gov. Tipsters who prefer to remain anonymous may call Crime Stoppers at (808) 961-8300.