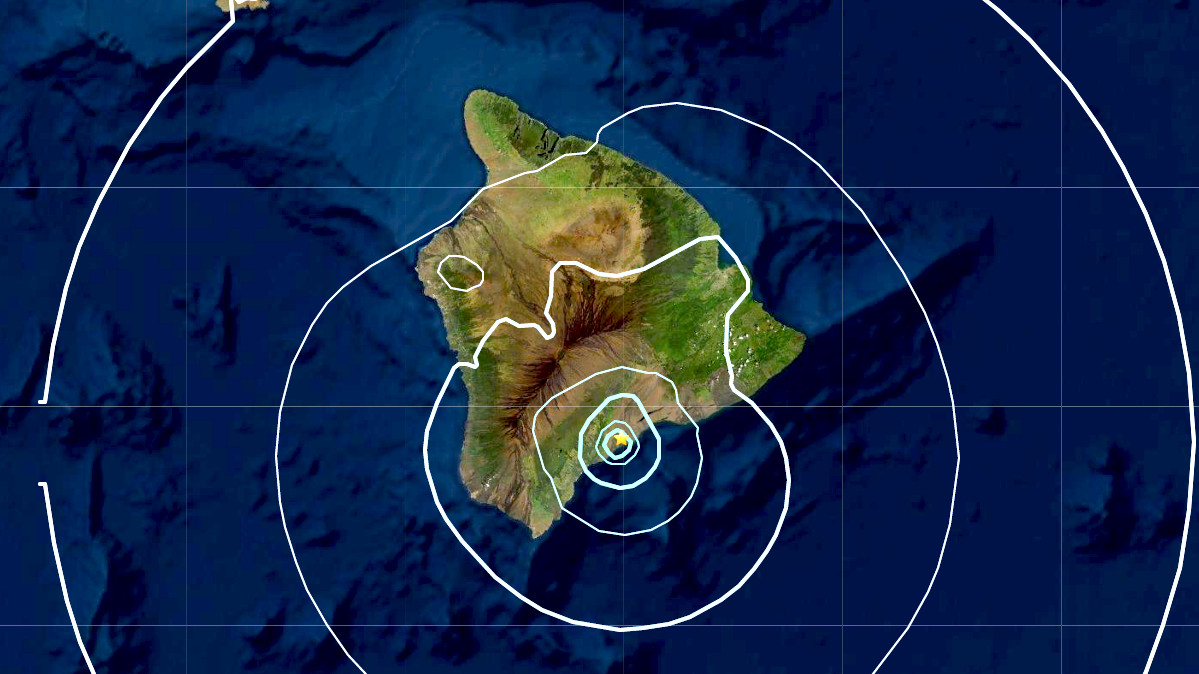 HAWAIʻI ISLAND - The earthquake in the vicinity the Southwest Rift Zone of Kilauea Volcano was not large enough to cause a tsunami, officials say.

(BIVN) – A Magnitude 4.3 earthquake was felt on Hawaiʻi island on Monday afternoon, however the event was not large enough to cause a tsunami for the island.

“The Pacific Tsunami Warning Center reports the earthquake which occurred at approximately 2:13 p.m. this afternoon in the vicinity the Southwest Rift Zone of Kilauea Volcano, was not large enough to cause a tsunami for the Island of Hawaii,” a Hawaiʻi County Civil Defense message stated. “As in all earthquakes, be aware of the possibility of after-shocks. If the earthquake was strongly felt in your area, precautionary checks should be made for any damages; especially to utility connections of Gas, Water, and Electricity.”

The USGS reports the earthquake occurred at a depth of 4.9 miles and was centered about 5.2 miles east northeast of Pahala.

UPDATE – (3:20 p.m.) – “Light shaking, with maximum Intensity of IV on the Modified Mercalli Intensity Scale, has been reported across parts of the Island of Hawai‘i,” stated a USGS Hawaiian Volcano Observatory information statement. “At that intensity, significant damage to buildings or structures is not expected.”

The USGS “Did you feel it?” service received over 125 felt reports within the first 30 minutes after the earthquake.

The earthquake had no observable impact on Mauna Loa and Kīlauea volcanoes, USGS reported. “This earthquake is part of the ongoing seismic swarm under the Pāhala area, which started in August 2019,” said HVO Scientist-in-Charge, Ken Hon. “Webcams and other data streams show no impact on the ongoing eruption at Kīlauea. Please be aware that aftershocks are possible and may be felt. HVO continues to monitor Hawaiian volcanoes for any changes. The Alert Levels/Color Codes remain at WATCH/ORANGE for Kīlauea and ADVISORY/YELLOW for Mauna Loa at this time.”