HAWAIʻI VOLCANOES NATIONAL PARK - Lava activity at Kīlauea volcano has once again resumed, as the four-month eruption at the summit continues. 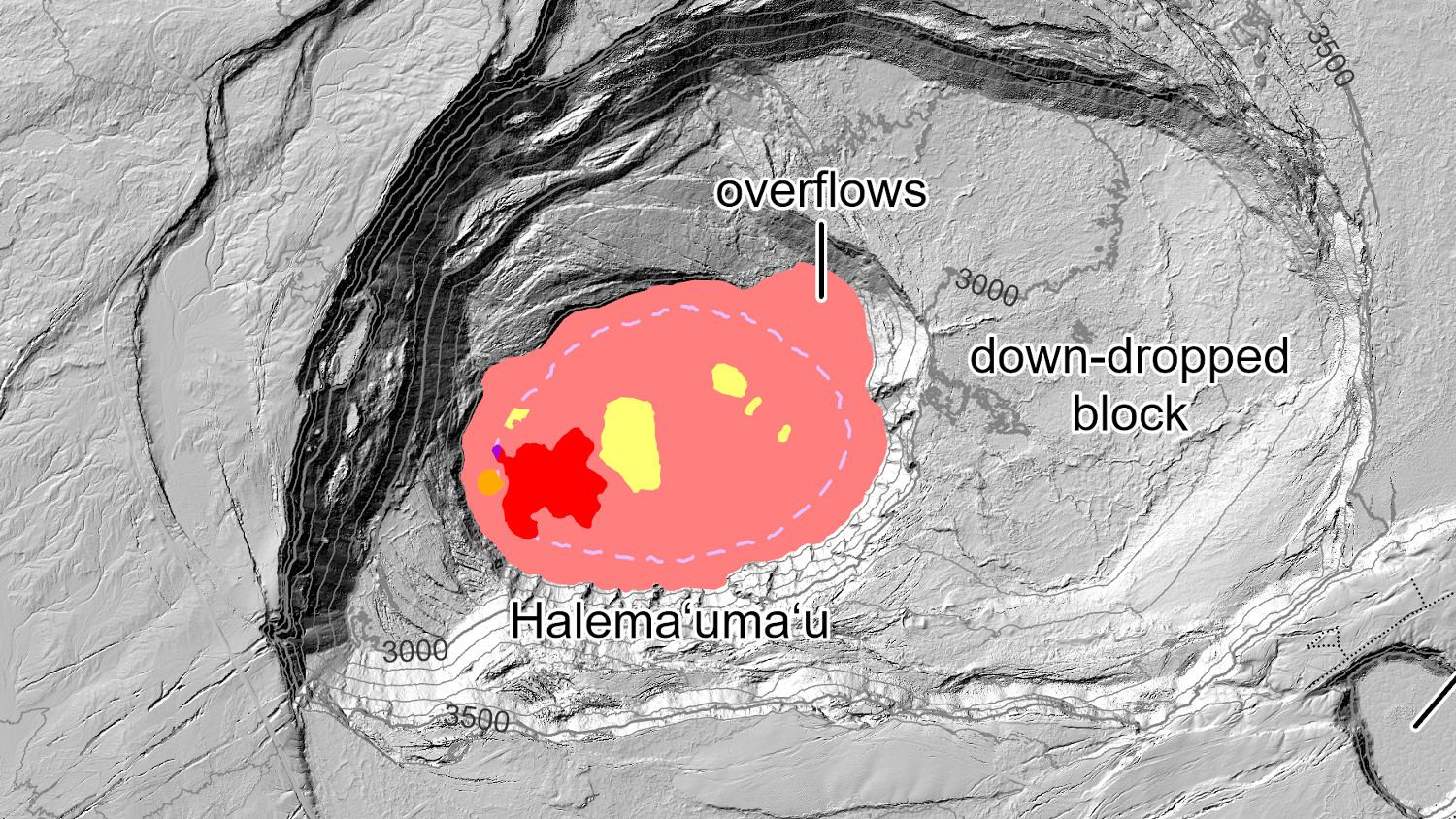 USGS (INSET): “This reference map depicts the ongoing Kīlauea summit eruption on January 28, 2022. One eruptive vent is intermittently active within Halema‘uma‘u, along the western edge of the lava lake. When this vent is effusing lava, it pours into the active portion of the lake, colored red on this map. During eruptive pauses, the only active lava is within a pond just north of the vent, colored dark purple on this map.”

(BIVN) – The eruption at the summit of Kilauea has passed the four month mark, and the start-and-stop activity has persisted over the last several weeks.

Following a pause that lasted less than one day, the eruption resumed late Wednesday afternoon, and remains confined to summit crater within Hawaiʻi Volcanoes National Park.

There is now a steep spatter cone in the eastern portion of the crater, which has recently produced vigorous spattering and small lava flows. The location of the spatter cone, relative to the main eruptive vent, can be seen on USGS webcams.

The active portion of the lava lake has maintained a similar footprint over the last few weeks. Multiple ooze-outs of lava along the margins of the greater crater can be seen on webcams overnight.

Since the current eruption began on September 29, scientists say a total lava volume of approximately 45 million cubic meters – or 12 billion gallons – has effused.

Earthquake activity in the summit region remains below background level.

The USGS Hawaiian Volcano Observatory says no unusual activity has been noted along Kilauea’s East Rift Zone or Southwest Rift Zone, and there are no indications of the eruption migrating elsewhere on the Hawaii island volcano.

Lava is presently visible from three public visitor overlooks in the National Park.