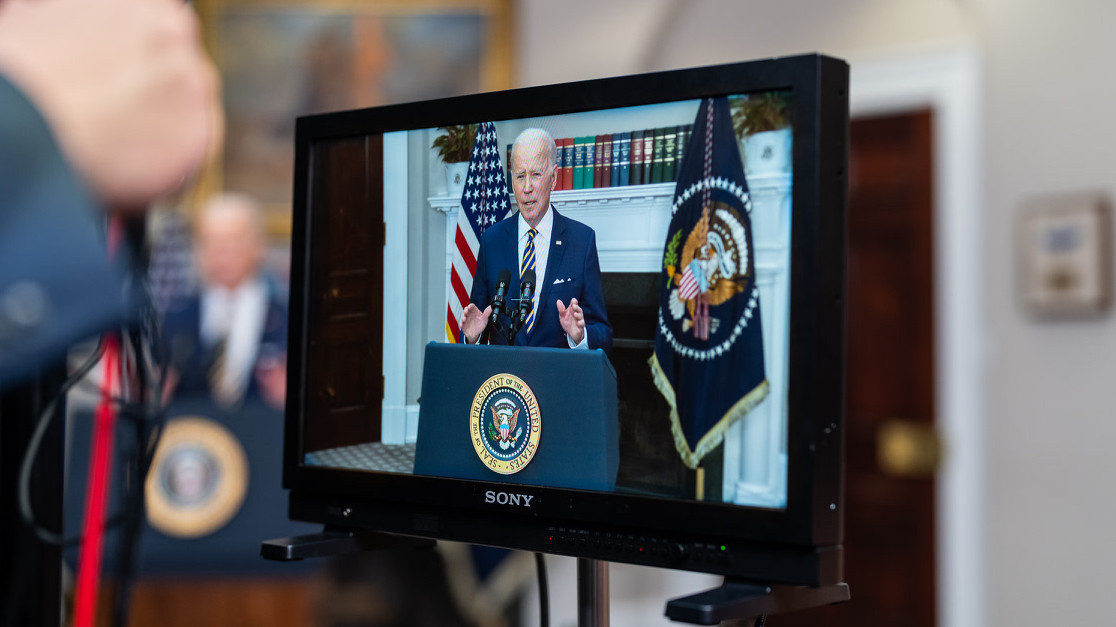 HAWAIʻI ISLAND - Mayor Mitch Roth issued a statement urging those on the Big Island to be mindful of their fuel and energy consumption.

On Tuesday, President Biden signed an Executive Order to ban the import of Russian oil, liquefied natural gas, and coal to the United States, which the White House called “a significant action with widespread bipartisan support that will further deprive President Putin of the economic resources he uses to continue his needless war of choice.”

The ban is likely to disproportionately affect Hawaiʻi, officials say. U.S. Congressman Ed Case noted Russian oil accounts for “between a quarter and a third of Hawaii’s crude oil imports (virtually all foreign) in recent years”.

“We are urging those in our community to be mindful of their fuel and energy consumption, as Russian oil imports are now banned due to rising tensions in Europe. Although we stand in solidarity with Ukraine and the decision of the United States government to place strict sanctions on Russia in defense of democracy, we must also remember that we are an isolated island chain that the decision will heavily impact. After speaking with the Governor and other team members, we have been informed that the sanctions shouldn’t have an immediate drastic impact on our cost of living; however, we are beginning to feel it.

As a community working on emerging from this pandemic, every cent matters, and we are committed to doing all we can to keep costs of fuel and energy bearable for our island residents. That said, we will need your help to ensure that we are using as little fuel as possible to help keep things like energy, food, and other associated costs down to a minimum. By being mindful, we can stretch our on-island supply as the global market adjusts to the economic impacts the sanctions are sure to cause. We are confident that solutions will be found to address this issue and appreciate the cooperation and commitment from the community in the meantime. Every effort, big or small, is valued and necessary to our economic vitality moving forward.”

Congressman Case has already asked the President to waive the federal Jones Act to “facilitate available and affordable shipping of U.S. oil from U.S. ports to Hawaiʻi” and has introduced a bill in the U.S. house to implement the waiver.

From Case’s letter to President Biden:

On behalf of the people of Hawaiʻi, who will be disproportionately affected by the cessation of Russian oil and other fossil fuel imports, I respectfully request that your Administration direct a targeted Jones Act waiver allowing for the shipment of such products to the State of Hawai’i from other domestic locations on non-Jones Act vessels.

First, I join the vast majority of the people of Hawai’i in support of your decision to ban imports of Russian oil and other fossil fuel products. This is a necessary and unavoidable action if we are to implement the full range of available sanctions against Russia for its unprovoked and unjustified war on Ukraine. In support of our mutual efforts, yesterday I joined colleagues in Congress in co-introducing our bipartisan Ban Russian Energy Imports Act to prohibit the importation of Russian crude oil, petroleum, petroleum products, liquified natural gas and coal.

In Hawaiʻi, with widespread support, Par Hawaiʻi, our state’s only oil refiner, has already suspended any future purchase and importation of Russian oil. We understand that this must be done, and further understand that we must and will share with the rest of the country the consequences of a nationwide ban.

However, without action, the people of Hawaiʻi will be asked to bear consequences far out of proportion to those of most other Americans. This is because the best replacement for Russian oil imports to Hawai’i is domestic supply, and the transport of that supply 2,500 miles to our remote island state is subject to the Jones Act requiring any such transport to occur exclusively on a very limited number of domestic vessels. As a result, the costs of such shipping, even if it were available domestically to start with, would be higher by a number of multiples than transport on the plethora of non-U.S. flagged specialty vessels. These costs would be passed on in price increases that are already among the highest in our country and would directly affect our national defense headquartered in Hawai’i, our economy, and our communities.

Specifically, while Russian oil accounts for some 3% of U.S. foreign imports of crude oil, it has accounted for fully between a quarter and a third of Hawaii’s crude oil imports (virtually all foreign) in recent years. A major contributing factor to Hawaii’s reliance on foreign oil generally and Russian oil specifically is the Jones Act. By some accounts, shipping oil from the mainland U.S. to Hawaiʻi, a far shorter distance than from foreign sources, costs nearly three
times as much as shipping from Asia. This is why in 2019, Hawai’i imported 100% of its crude oil from foreign sources, with 57% coming from Libya and an additional 34% from Russia. Over the past three years, Hawai’i has imported an average of 30% of its oil directly from Russia.

Clearly Jones Act-required shipping carries a huge cost increase premium over non-Jones Act shipping. The Jones Act has thus forced Hawaiʻi to the international market for oil despite the otherwise availability of domestic supply, and has thus exposed Hawai’i far more to the consequences of international supply disruptions of any sort.

But in the specific case of fuel products that consequence is further magnified by the unavailability of Jones Act bulk fuel shippers. There are a very limited number of Jones Act compliant fuel tankers equipped and capable of transporting the volume of oil historically imported to the State of Hawai’i, and the current fleet cannot handle the increased demand for shipping domestic energy sources to Hawaiʻi. As of March 2018, there are only 99 oceangoing ships in the Jones Act-compliant fleet. Of the 57 tankers in the fleet, 11 carry Alaskan crude oil to refineries on the West Coast and, rarely, Hawai’i, 44 are medium-sized product tankers that primarily carry refined products along the Atlantic Coast and 2 carry chemicals or asphalt.

The bottom line is that through a combination of factors unique to Hawaiʻi, absent action the people of Hawai’i will be asked to bear a far greater burden of any Russian oil ban than anywhere else in the country. Your Administration holds the necessary authority to counteract some of the adverse effects caused by a ban on Russian energy imports through a limited, targeted waiver of the Jones Act for domestic supply shipping to Hawaiʻi.

In 1950, following the beginning of the Korean War, Congress authorized waivers of Jones Act vessel requirements in matters of national security. These waivers have been granted several times in the past. Notably, the federal government granted waivers to expedite oil shipments from the Strategic Petroleum Reserve during international conflict during the Persian Gulf War and again for the 2011 Libyan conflict. It also did so in response to natural disasters such as Hurricanes Harvey, Irma and Maria in 2017.

Similarly, Hawaii’s Jones Act-directed reliance on foreign oil, particularly oil sourced from countries that are either in direct competition with the United States or controlled by unstable regimes, poses a threat to Hawaii’s security and to America’s greater strategic positioning in the Indo-Pacific. We cannot stake Hawaii’s energy dependence on foreign actors in the current geopolitical climate, and we should not force a disproportionate burden on the State of Hawaiʻi when we have the necessary tools at our disposal to mitigate these unique consequences as we implement this nationwide embargo.

For the people of Hawaiʻi, I deeply appreciate your Administration’s expedited consideration of this request. We support your actions to implement the full weight of this import ban, and I am fully available to assist you in your efforts to address the special needs of Hawaiʻi.