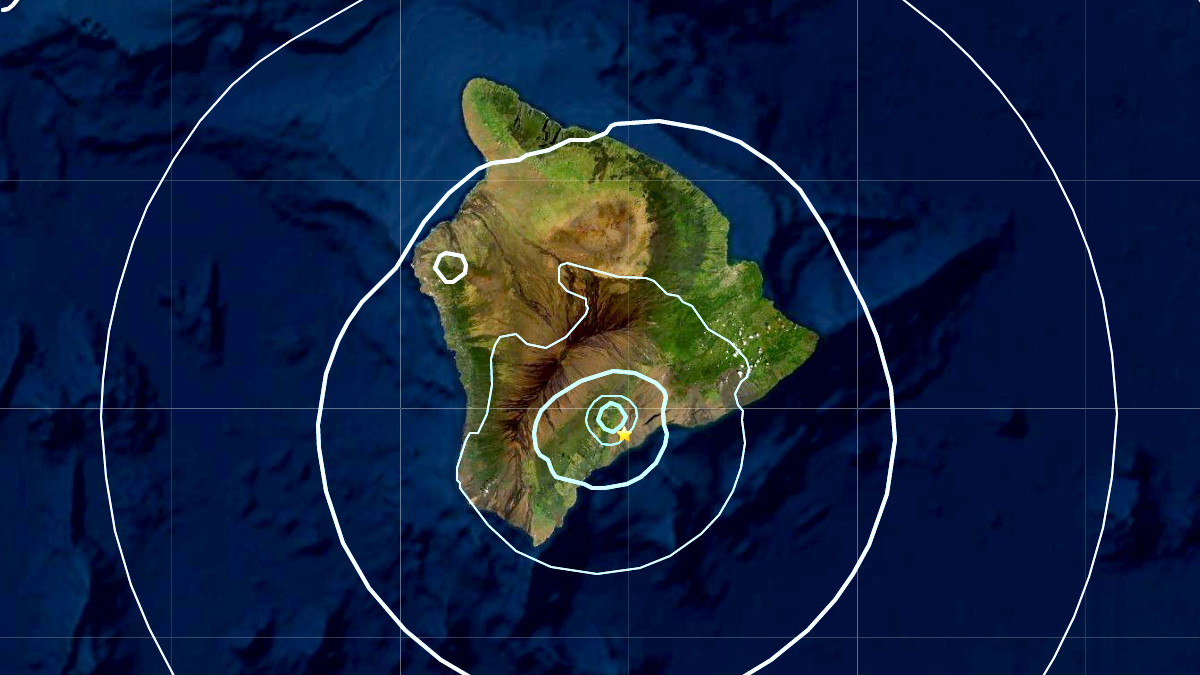 image from interactive USGS map showing the location of the earthquake

HAWAIʻI ISLAND - The earthquakes appear to be part of the seismic swarm under the Pāhala area, which has been going on since 2019.

The earthquakes were not strong enough to generate a tsunami.

“Strong shaking, with maximum Intensity of VI on the Modified Mercalli Intensity Scale, has been reported across parts of the Island of Hawai‘i,” the geologists said. “At that intensity, significant damage to buildings or structures is not expected.”

The earthquakes had no apparent effect on Kīlauea or Mauna Loa volcanoes.

“This earthquake appears to be part of the seismic swarm under the Pāhala area, which has been going on since 2019,” said HVO geophysicist, Jefferson Chang. “Earthquakes in this region have been observed at least as far back as the 1960s. We see no detectable changes in activity at the summits or along the rift zones of Mauna Loa or Kīlauea as a result of these earthquakes. Please be advised that aftershocks are occurring and some of these may be large enough to be felt.”