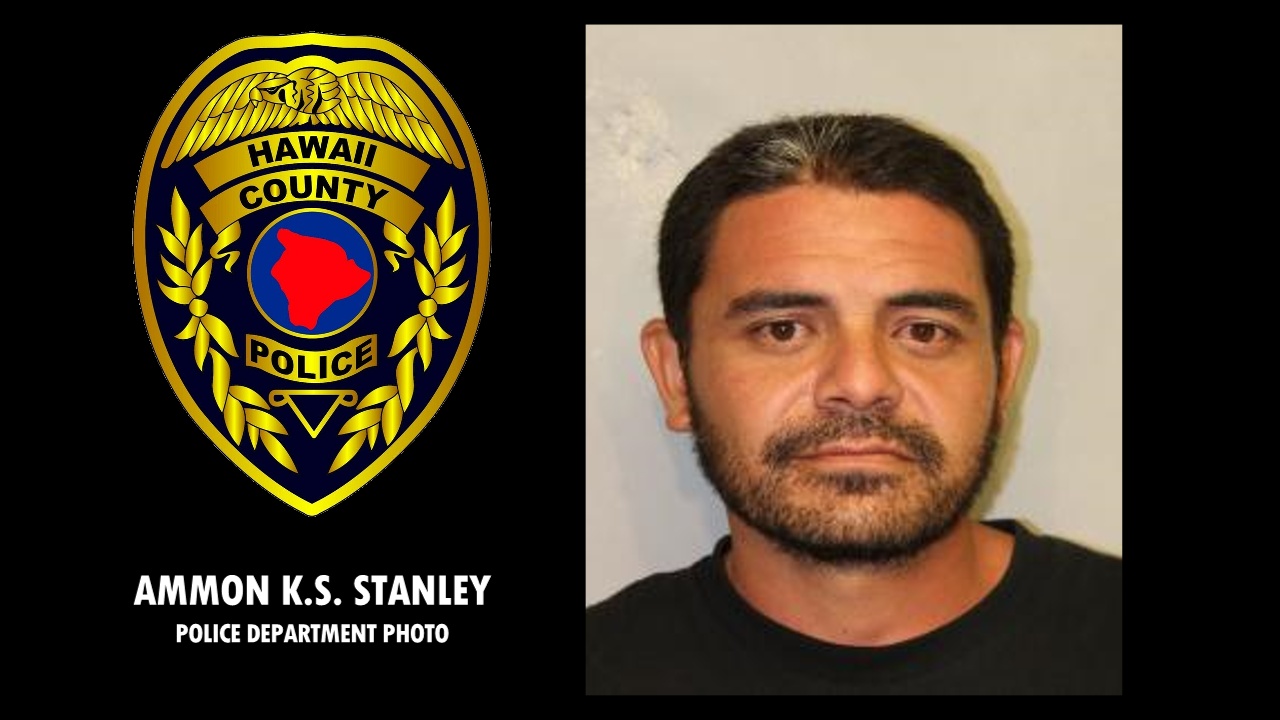 PUNA, Hawaiʻi - 35-year-old Ammon Kaipo Spencer Stanley has been charged with murder following the discovery of a badly burned body within a vehicle in Puna on Saturday afternoon.

(BIVN) – Hawaiʻi County Prosecuting Attorney Kelden Waltjen announced on Tuesday that a Puna man has been charged with murder and assault following an incident that occurred between April 22 and 23, 2022.

The charges against Stanley stem from an incident reported on Saturday afternoon, shortly after 3:00 p.m., when Puna Patrol officers responded to Beach Road off of Maku’u Drive after receiving information about a vehicle that had been set on fire with a body inside. Responding officers located the vehicle with the charred remains in the bushes approximately 100 feet off the roadway.

Detectives from the Area I Criminal Investigation Section responded to the scene to continue the investigation.

Following up on leads, police identified Stanley as a suspect, and at 5:55 p.m. Saturday, he was located at a residence on 35th Avenue in Kurtistown where he was arrested for second-degree murder.

During the course of this investigation, detectives determined that the victim had been shot while seated within his vehicle on the side of the road on 35th Avenue. Police also identified a 36-year female that had also been shot while seated within the vehicle. After the incident she managed to escape to safety. Stanley reportedly drove the victim’s vehicle, with the deceased victim inside, to Beach Road where it was set on fire.

The deceased victim’s remains were transported to the Hilo Medical Center for official pronouncement of death.

The victim’s name is being withheld pending positive identification and notification of next of kin.

An autopsy is scheduled for Tuesday morning, April 26, 2022, to determine the exact cause of death.

Police are asking anyone with information on this incident to contact Detective John Balberde at (808) 961-2386 or email him at John.Balberde@hawaiicounty.gov or the police department’s non-emergency number at (808) 935-3311.