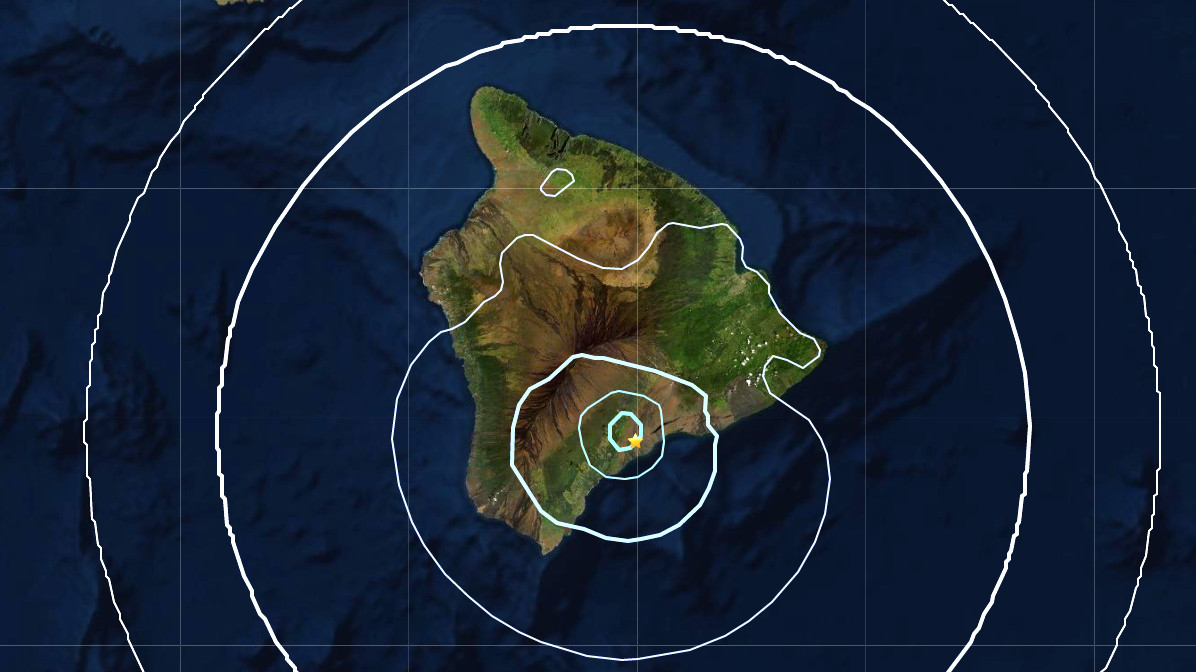 HAWAIʻI ISLAND - On Sunday, Magnitude 3.8 and Magnitude 3.9 earthquakes located under Pāhala were felt across the Big Island.

(BIVN) – A pair of earthquakes located deep below the Kaʻū region of Hawaiʻi were felt across the Big Island on Sunday.

A Magnitude 3.9 earthquake struck at 11:15 a.m. HST, followed by a Magnitude 3.8 earthquake at 11:17 a.m. HST. Both were measured at a depth of about 20 miles. Less than a hundred people on all sides of Hawaiʻi island felt the two earthquakes.

The earthquakes appear to be a part of the ongoing Deep Pāhala swarm. From a previous Volcano Watch article:

Earlier this month, the USGS Hawaiian Volcano Observatory installed seismic nodes in the Kaʻū district along the on the Southwest Rift Zone of Kīlauea volcano.

“With permission from Hawai‘i Volcanoes National Park and other landowners, the seismic nodes are being temporarily deployed over the summer to record ground shaking generated by earthquakes,” the USGS reported. “HVO scientists will use the data to create images of the structure of the Earth beneath Pāhala from as great as 40–50 km (25–31 miles) below sea level all the way to the surface.”