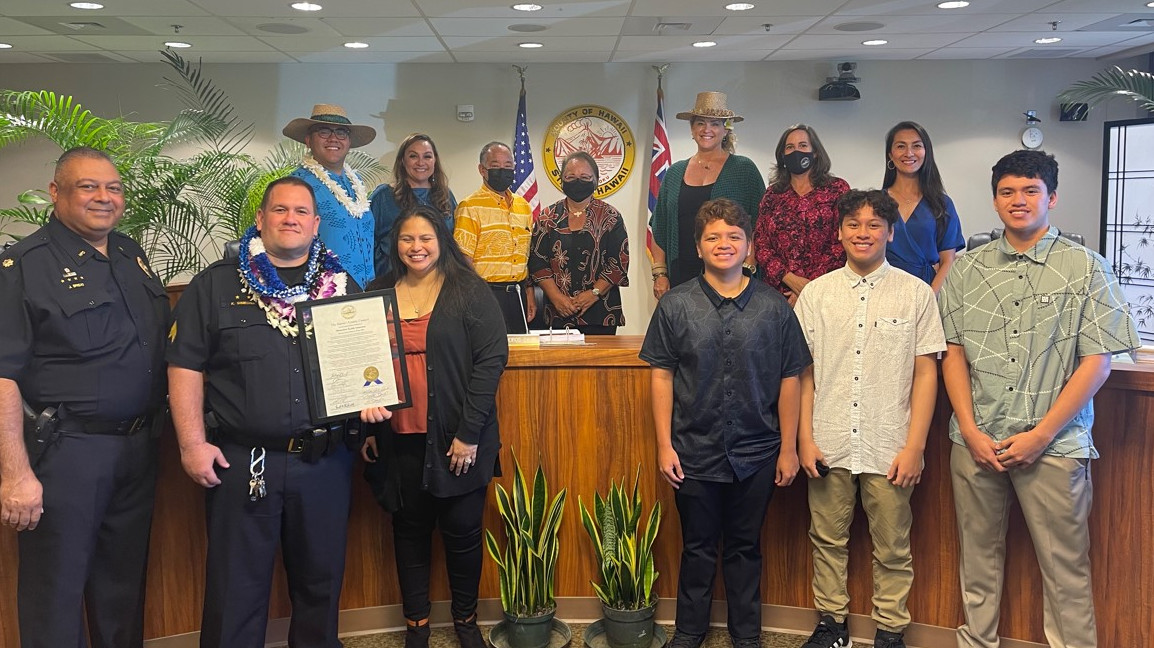 The SEU is part of the police department’s East Hawaiʻi Criminal Investigation Division, which consists of three patrol officers and a dedicated detective “responsible for the criminal apprehension of perpetrators in high profile cases.”

Detective Simeona has led the Special Enforcement Unit for about two years. Every six months he gets newly assigned patrol officers that he is responsible for managing, training, organizing, and supervising. Detective Simeona is a former SEU officer himself, having worked in the unit while being assigned to South Hilo as a patrol officer.

The identified criminals sought by SEU are the worst of the worst and pose the biggest threat to community safety. In the last six months, Detective Simeona and his team have been responsible for the apprehension of four individuals who were wanted for a total of 513 criminal complaints. The four individuals were wanted for various felonies including, multitude property crimes, firearms and drug offenses, as well as crimes against a person.

One of the fugitives was wanted for multiple drug offenses after police discovered that this person was distributing pounds of methamphetamine. In addition to this criminal activity, this person was known to use firearms in order to facilitate the drug dealing, protection, and collection of proceeds from those sales.

After fleeing from police several times in different vehicles to avoid apprehension, the fugitive was apprehended after an extensive effort by the SEU team spearheaded by Detective Simeona.

Detective Simeona’s mentorship of SEU members was also recognized as part of the Haweo award. Unit members credit him with creating a hard working team environment. As one unit member stated, Detective Simeona “provides guidance, [is] there for crucial decisions, shares valuable experiences/knowledge…open to new ideas, and manages based on individual needs, very motivating.”

The award was presented by the Council’s Parks and Recreation and Public Safety Committee (PRPSC), which recognizes county police and fire department personnel who go above and beyond the call of duty. Haweo, for which this award is named, means to glow or to be radiant. Detective Simeona was presented with a lei and a certificate signed by each Councilmember at the ceremony.