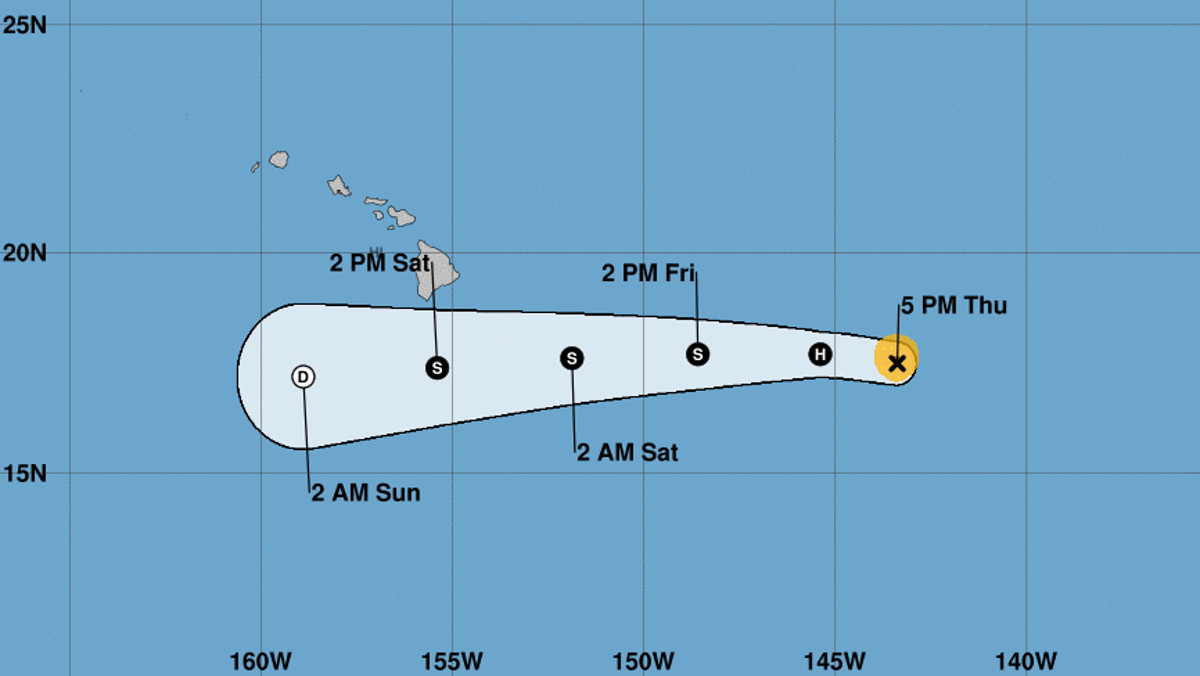 HONOLULU, Hawaiʻi - Although Darby is expected to dissipate to the south of the Hawaiian islands, warning-level surf may be generated from a separate swell coming from the southern hemisphere. 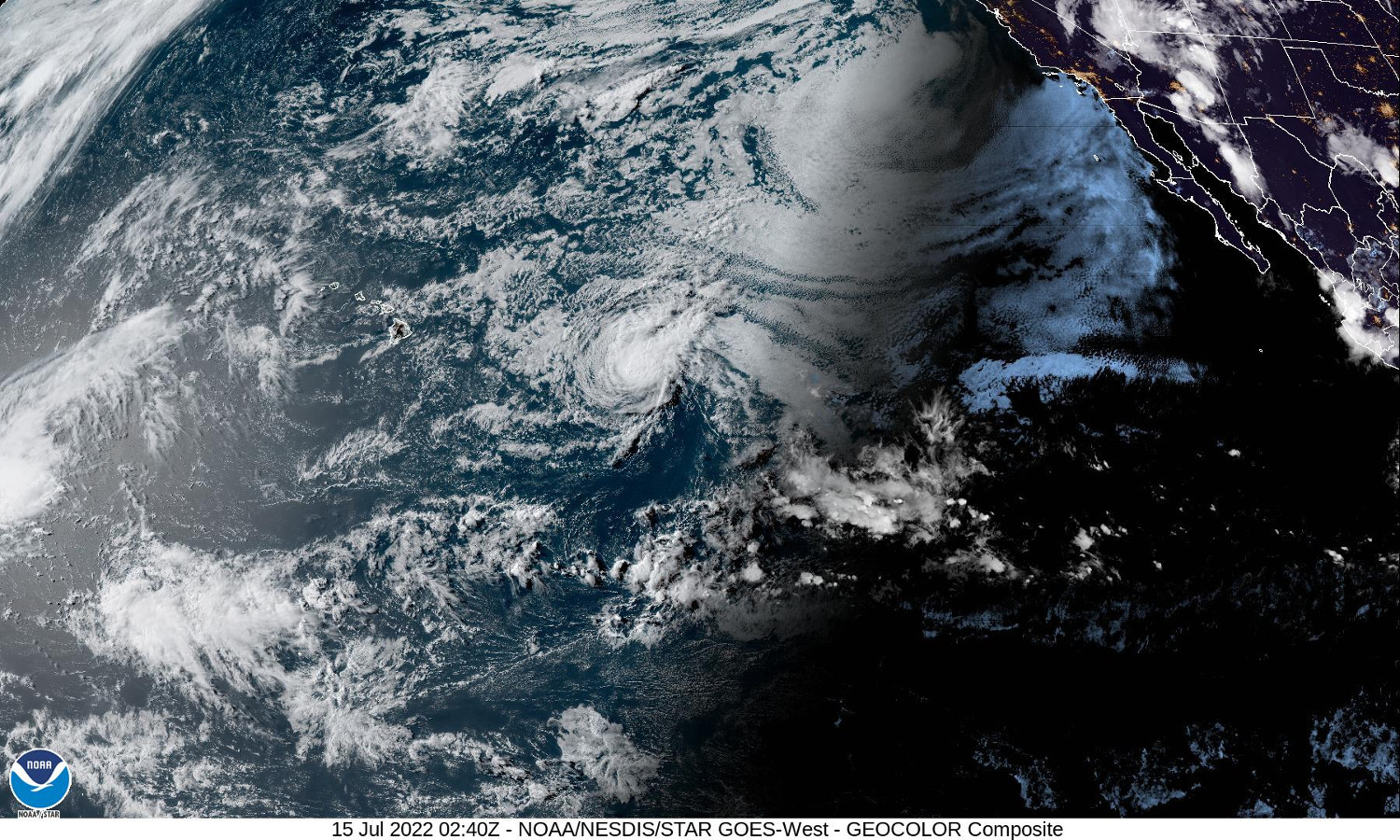 (BIVN) – The Hawai’i County Civil Defense agency on Thursday afternoon issued its first message on Hurricane Darby, after the storm entered the Central Pacific. The message also focused on potential high surf from both Darby and a separate swell coming from the southern hemisphere. 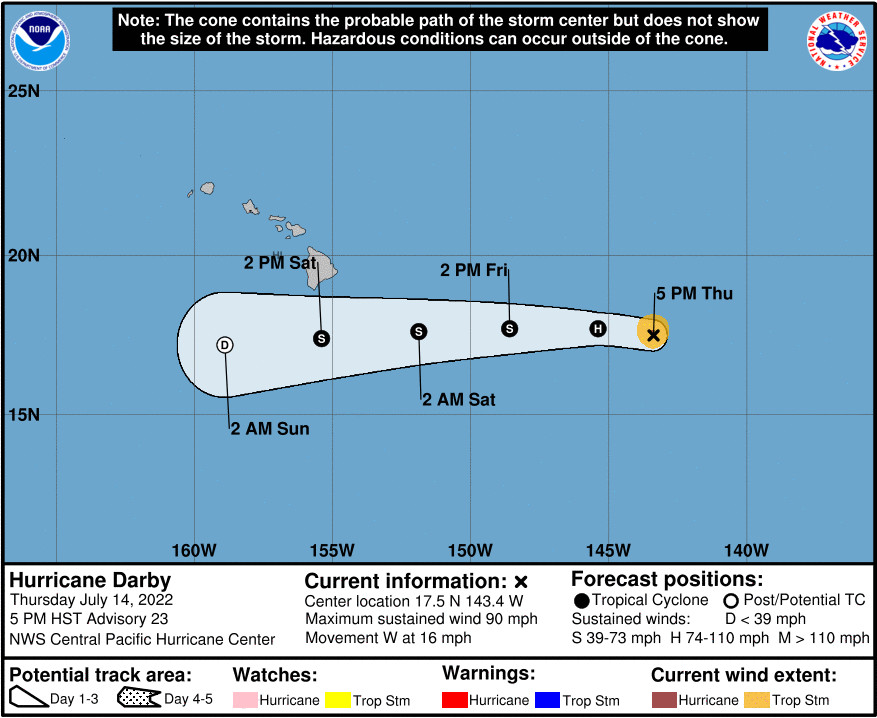 As of 5 p.m. HST, Hurricane Darby was observed weakening as it moved west, “far east-southeast of the Hawaiian islands”, about 780 miles from Hilo.

“Maximum sustained winds are near 90 mph (150 km/h) with higher gusts,” the Central Pacific Hurricane Center in Honolulu reported. “Continued weakening is forecast during the next few days, with Darby expected to become a tropical storm Friday, and further weaken to a post-tropical cyclone on Saturday before dissipating.”

From a discussion posted by the National Weather Service at 3:42 p.m. HST:

Attention for the weekend then turns to Hurricane Darby which is around 800 miles SE of Hilo. There has been no appreciable change with the overall forecast reasoning since yesterday. Because Darby will be in the relatively early stages of its decay phase compared to yesterday’s remnants of Bonnie, the attendant moisture field will be considerably deeper and low-level organization will be greater. However, the track south of the Big Island will place the eastern end of the state within the northern periphery of this plume leading to some uncertainty with respect potential convective depths and associated heavy rain potential. Regardless, mid-level ridging will be a steady feature throughout Darby’s passage and mid-level drying and subsidence will result in a large portion of the incoming 2+” PWAT column being inaccessible which will help mitigate upper end shower intensity and higher rainfall totals. This also explains the unimpressive QPF output by the global models late Friday night through Saturday evening. Rainfall totals in the 3-5″ range for Windward Big Island with peak intensity occurring Saturday afternoon and evening is a reasonable starting point. Additional QPF adjustments in either direction will be conditional on revisions to the forecast track. On that note, it worth mentioning that the operational EC remains firmly to the south of Darby’s observed track and as a result, the public forecast has been moved in the direction of the more northward GFS. This northerly adjustment represents a slightly windier and wetter outcome. It also carries a later start time for heavier rain (closer to midday Saturday), but the expected overall flavor of the event remains unchanged. A wind advisory for the typical gusty locales in Maui County and on the Big Island remains in play for Saturday.

There are no coastal watches or warnings in effect at this time due to Darby, forecasters say.