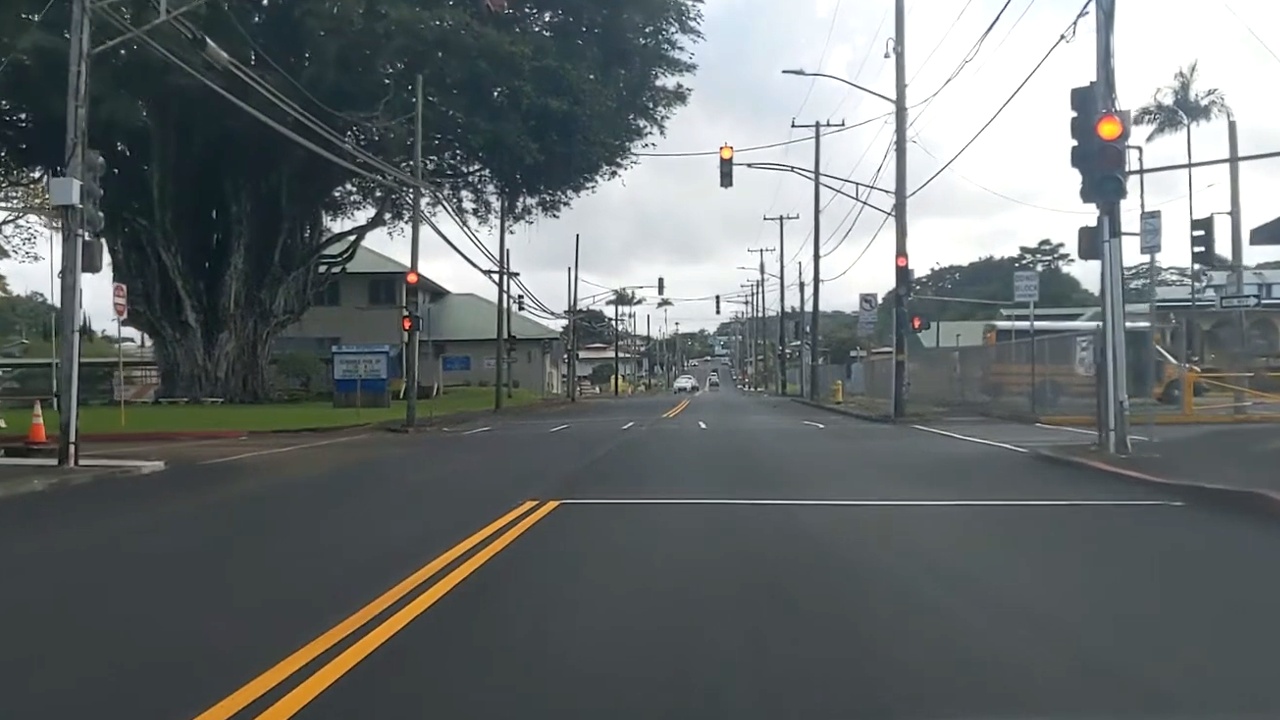 image from file video of Waiānuenue Avenue near the affected area

HILO, Hawaiʻi - An estimated 6,300 gallons of wastewater was discharged from a manhole in the vicinity of Hilo High and Hilo Intermediate schools on Monday.

(BIVN) – About 6,300 gallons of sewage was discharged on Waiānuenue Avenue in Hilo on Monday.

The Hawaiʻi County Department of Environmental Management issued a news release on the incident, which occurred at approximately 12:15 p.m. on August 1 in the vicinity of Hilo High and Hilo Intermediate schools.

“A paving contractor was notified” of “water exiting a manhole”, the County reported.

“Wastewater Division personnel arrived on the scene and were able to stop the discharge around 2 p.m.,” a County news release stated. “However, an estimated 6,300 gallons of wastewater were released, some of which entered a nearby storm drain near the Laimana Street intersection.”

Officials say the affected portion of Waiānuenue Avenue was disinfected with a water and chlorine solution.

The cause of the discharge “was traced to the collapse of a section of the sewer main, which caused a partial blockage of the flow,” the County reported. “A contractor will excavate around the failed line and replace the section starting at 8 a.m. on Tuesday, August 2.”

“Exercise caution and avoid the area of the spill if possible,” the County stated. “Warning signs were posted along Hilo Bayfront, and Wastewater Division personnel will sample at locations along Bayfront for contamination.”