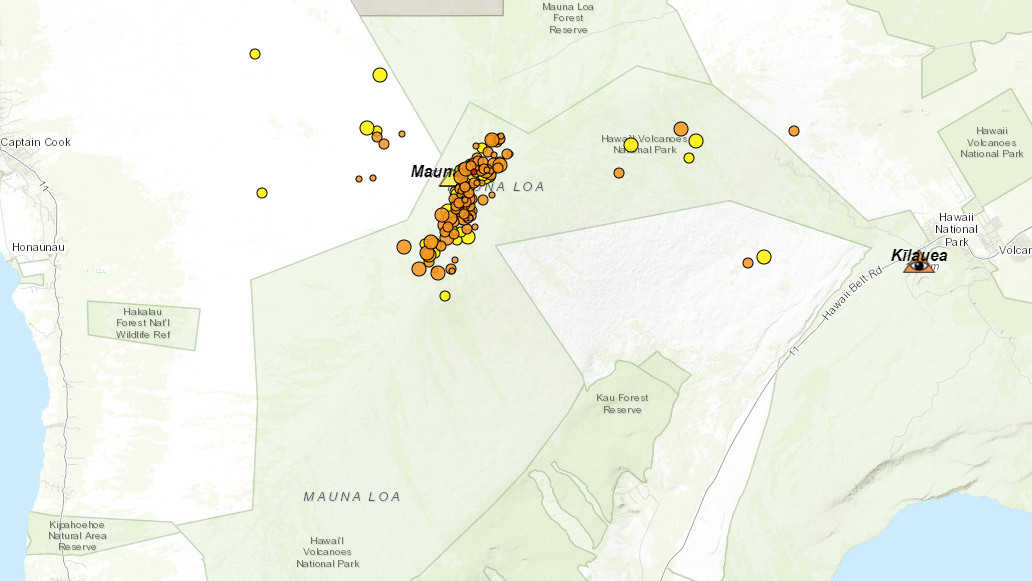 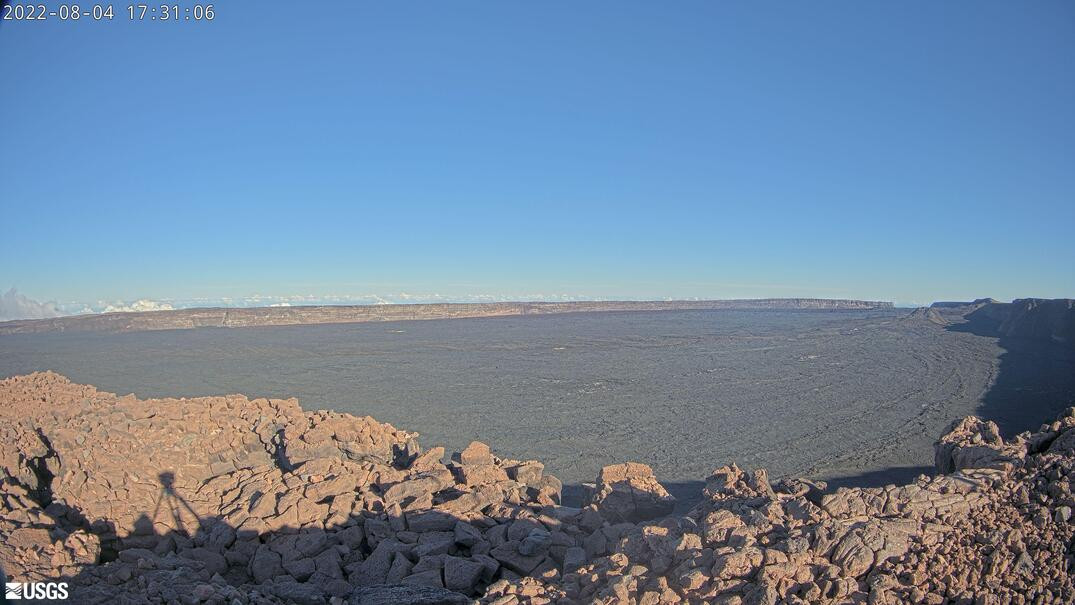 USGS webcam image taken on August 4, 2022, from a temporary research camera positioned on the north rim of Mokuʻāweoweo, the summit caldera of Mauna Loa volcano.

(BIVN) – A short-lived earthquake swarm was detected under Mauna Loa volcano this week, but the rates of seismicity have since returned to background levels. Mauna Loa is not erupting and remains at a Volcano Alert Level of ADVISORY.

From the USGS observations posted on August 4th:

During the past week, HVO seismometers recorded approximately 206 small-magnitude (below magnitude 3.0) earthquakes beneath the summit and upper-elevation flanks of Mauna Loa. The majority of these earthquakes occurred at shallow depths less than 9 miles (15 kilometers) below sea level.

Of the 206 earthquakes recorded over the past week, 90 were part of an earthquake swarm that occurred beneath Moku‘āweoweo, Mauna Loa’s summit caldera, from approximately 5:20 p.m. HST on August 2, 2022, until 3:00 a.m. HST on August 3, 2022. Most of these earthquakes occurred around 2 mi (3 km) below the surface and the largest event in the swarm was a magnitude-2.8.  During the earthquake swarm, a minor tilt increase of 1.5 microradians was observed on one tiltmeter (MOK) at the summit, though a small part of this signal includes normal diurnal effects.

Global Positioning System (GPS) measurements show steady rates of deformation in the volcano’s summit region continuing through the past week.

This activity is a relatively small increase in volcanic unrest and remains within the range of fluctuations observed over the past several years. Prior to this activity, the most recent earthquake swarm beneath Mauna Loa summit occurred in the Spring of 2021, producing about a thousand earthquakes over a span of seven weeks with a peak seismicity rate of 40 earthquakes per day.

Currently, other Mauna Loa monitoring data streams, such as ground deformation and gas concentrations, show no significant changes. The USGS said webcam views have shown no changes to the volcanic landscape on Mauna Loa over the past week.