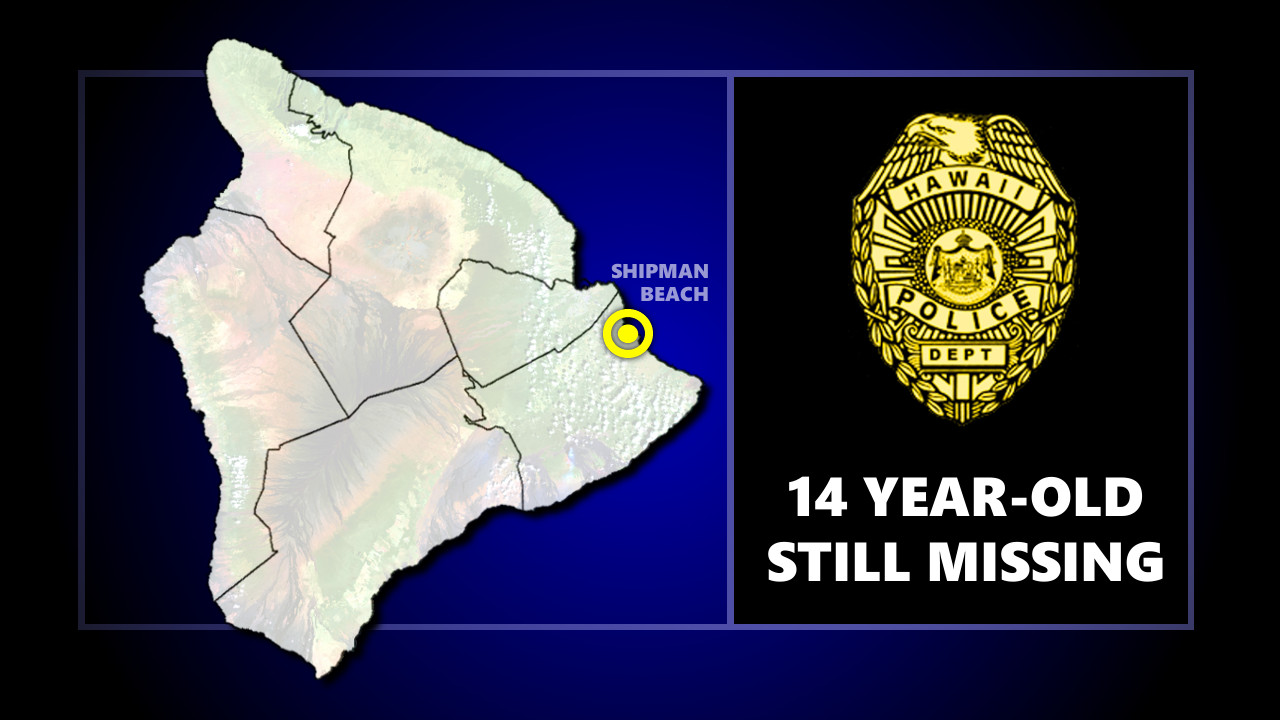 PUNA, Hawaiʻi - The 14-year-old boy went missing in waters off Haena Beach in Puna after he was swept out by the current. His 16-year-old brother died in the incident.

(BIVN) – Police say the search for the missing 14-year-old who was swept into the ocean at Haena Beach Park in Puna on Thursday has come to an end.

The search for the 14-year-old boy that went missing in waters off Shipman/Haena Beach Park in Puna, has ended and the teen remains missing. The search, in the water and by air, began Thursday, August 11, 2022, and ended Sunday evening, August 14.

On Thursday afternoon, the 14-year-old boy, along with his 16-year-old brother, their father, and another adult were swept out by the current and high surf. The 16-year-old and two adults were rescued from the water by the fire department’s helicopter.

The 16-year-old was later pronounced dead at Hilo Medical Center. The two adults were treated at the scene by medics.

The autopsy for the 16-year-old is scheduled for Tuesday, August 16.

The Area I Criminal Investigation Section is continuing this investigation. A coroner’s inquest investigation has been initiated for the 16-year-old; and a missing person case remains open for the 14-year-old.