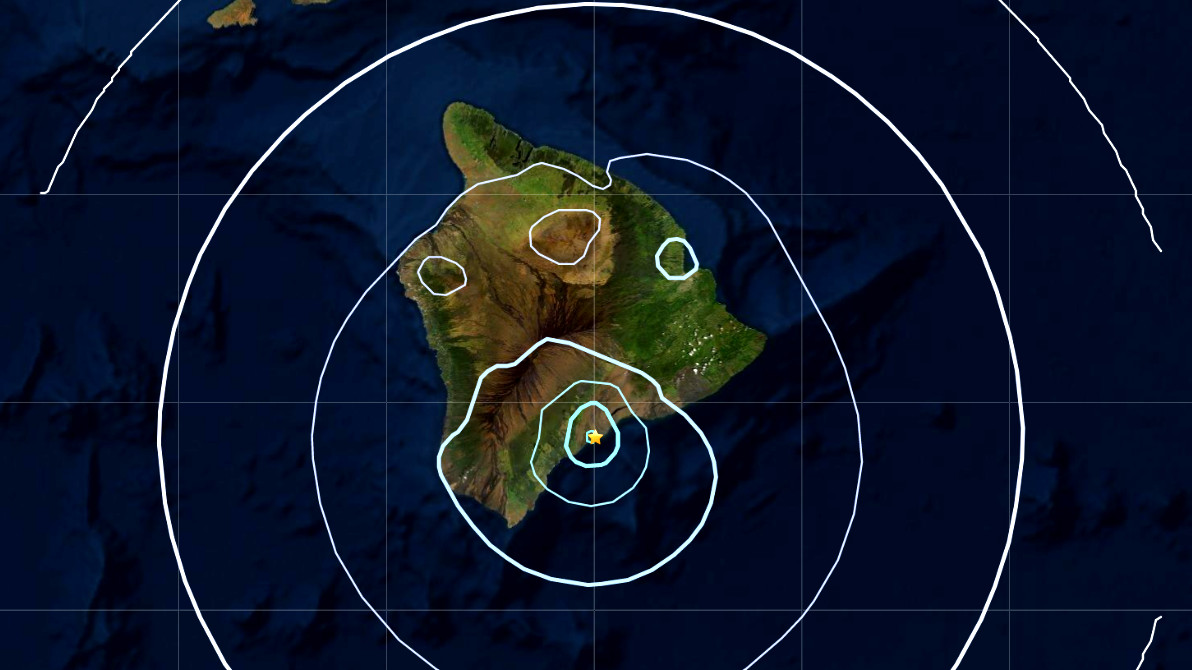 HAWAIʻI ISLAND - Light shaking was reportedly felt across Hawaiʻi island, but no damage to buildings or infrastructure is expected.

M-4.0 Earthquake Part Of Seismic Swarm Under Hawaiʻi. (A synthesized voice was utilized in the narration for this story.)

(BIVN) – A magnitude-4.0 earthquake struck Hawaiʻi island on Monday evening at 7:11 p.m., but was not strong enough to generate a tsunami or damage buildings.

The USGS Hawaiian Volcano Observatory says the quake occurred 6 miles (9 km) east of Pāhala in Kaʻū, at a depth of 20 miles (32 km) below sea level. Scientists say the earthquake had no apparent impact on either Mauna Loa or Kīlauea volcanoes.

The earthquake was felt as light shaking across Hawaiʻi island, with more than 100 felt reports within the first hour. Aftershocks are possible in the coming days to weeks, the USGS says.

“This earthquake is part of the seismic swarm under the Pāhala area, which has been going on since 2019,” a USGS information statement reported. “Earthquakes in this region have been observed at least as far back as the 1960s.”

The USGS Hawaiian Volcano Observatory says it will continue to monitor Hawaiian volcanoes for any changes.