Video courtesy Hawaii Department of Land and Natural Resources, edited by BIVN. A synthesized voice was utilized in the narration for this story.

VIDEO: Nēnē Given Sanctuary On Slopes Of Maunakea

MAUNAKEA, Hawaiʻi - Three rehabilitated birds have been released into the 100-acre the Hawai‘i Island Nēnē Sanctuary. 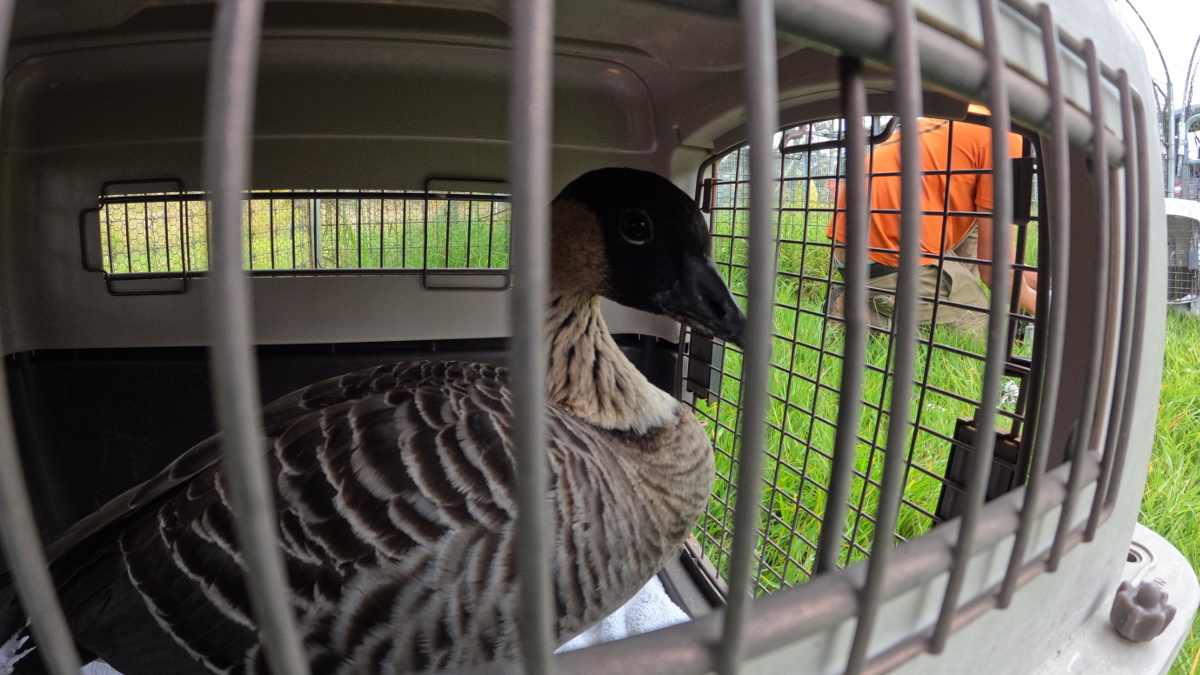 One had a toe injury. Another had a broken leg. A third nēnē (Hawaiian goose) had a wing amputated. Earlier this month, all three birds were released into the Hawai‘i Island Nēnē Sanctuary, on the lower slopes of Mauna Kea.

The 100-acre sanctuary was originally created to receive 600 Kaua‘i nēnē that were relocated to Hawai‘i Island. Every year hundreds of the geese come here to mate, nest, and prepare their chicks for fledging. The three, recently rehabilitated birds have joined a more permanent population of nēnē on a parcel of land that is landscaped just for them and where they can be observed integrating into an existing population and naturally foraging.

On August 5, Dr. Juan Guerra, the veterinarian with the Hawai‘i Wildlife Center in Kapa’au, drove two birds to the sanctuary, after they were deemed well enough to return to the wild.

“One had a toe injury that healed very well. I have a very good feeling that it’s going to do great in the wild. The other nēnē had a tough recovery after coming in with a broken leg. It was in our care for six-months and had multiple surgeries,” Dr. Guerra explained. “The bone has healed well, and I don’t think it’s going to affect the bird’s quality of life. The limp it has is more mechanical than painful, so I’m hopeful its injury will continue to heal and whatever discomfort it is having will be less over time.”

The third bird, the one with the amputated wing was released two weeks later and is also expected to live out its life in the sanctuary with few problems.

When rehabilitated birds arrive at the sanctuary they are banded with a State and federal leg band to help caregivers and researchers keep track of them. Raymond McGuire, a DOFAW wildlife biologist oversees the sanctuary and on arrival day he bands birds and checks their overall health. 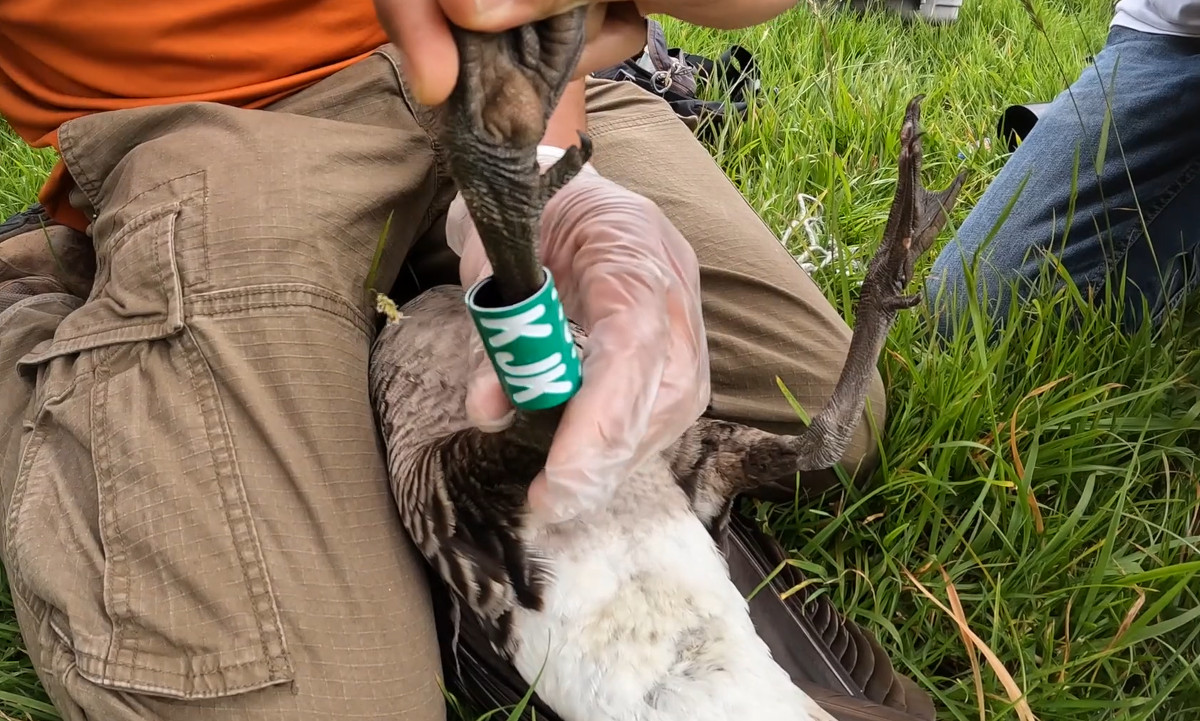 “For the nēnē who have been injured and probably would not survive in the wild, we have worked over the years to have this predator-proof sanctuary where they can survive and not be harassed by predators like cats and mongoose. They can still nest if they find a mate here, so they still contribute to the genetic diversity of the population,” McGuire said.

McGuire added, “We provide them habitat and forage in an area that’s safe for them to nest when they’re ready to build their own families, and it’s great we can release injured birds here. There are many facets of this area that benefit nēnē island wide.”

The first two birds, released earlier this month, spent their first hours waddling around, exploring the lush rolling hills and pasture lands that comprise the sanctuary.

Dr. Guerra describes the working relationship between HWC and DOFAW as priceless. “Together, we have an incredible team to respond to injured wildlife. When we get a call, we work together to get the animal the care it needs.”

Observing the two birds he helped release on August 5th Guerra commented, “This is a renewal to my spirit. It’s our ultimate goal of getting birds back into their natural habitat. Seeing them here is great. I think this is the overall goal of conservation and we’re honored to pay our small role in that.”

Nēnē become used to people, who often try to feed them. Habituation to humans leads to them getting hurt by golf balls, cars, off-leash dogs, and fishing line entanglements.