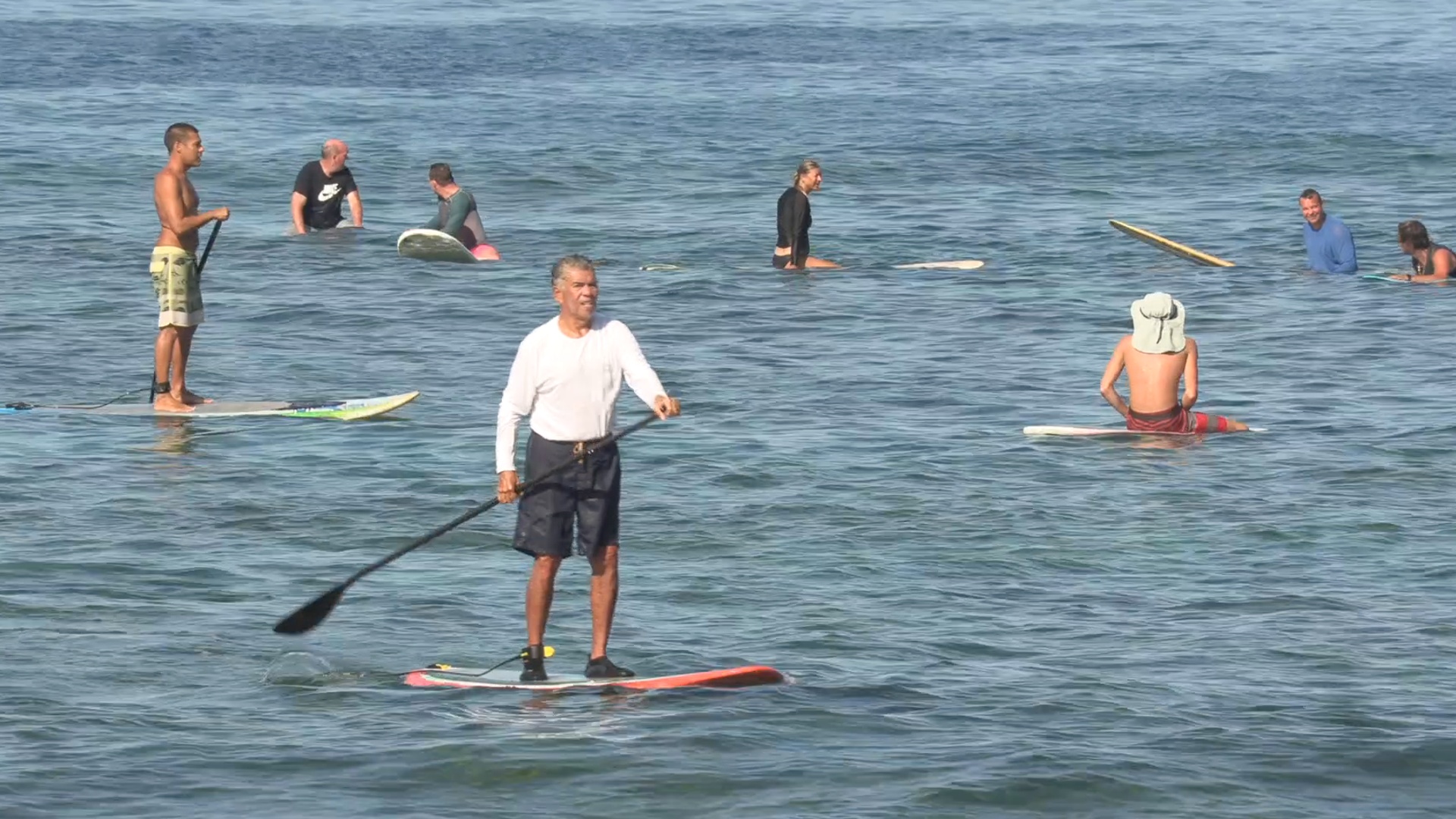 KONA, Hawaiʻi - The Hawaiʻi BLNR on Thursday voted to limit the number of companies and students participating in surf instruction in a specific area of Kahaluʻu Bay. 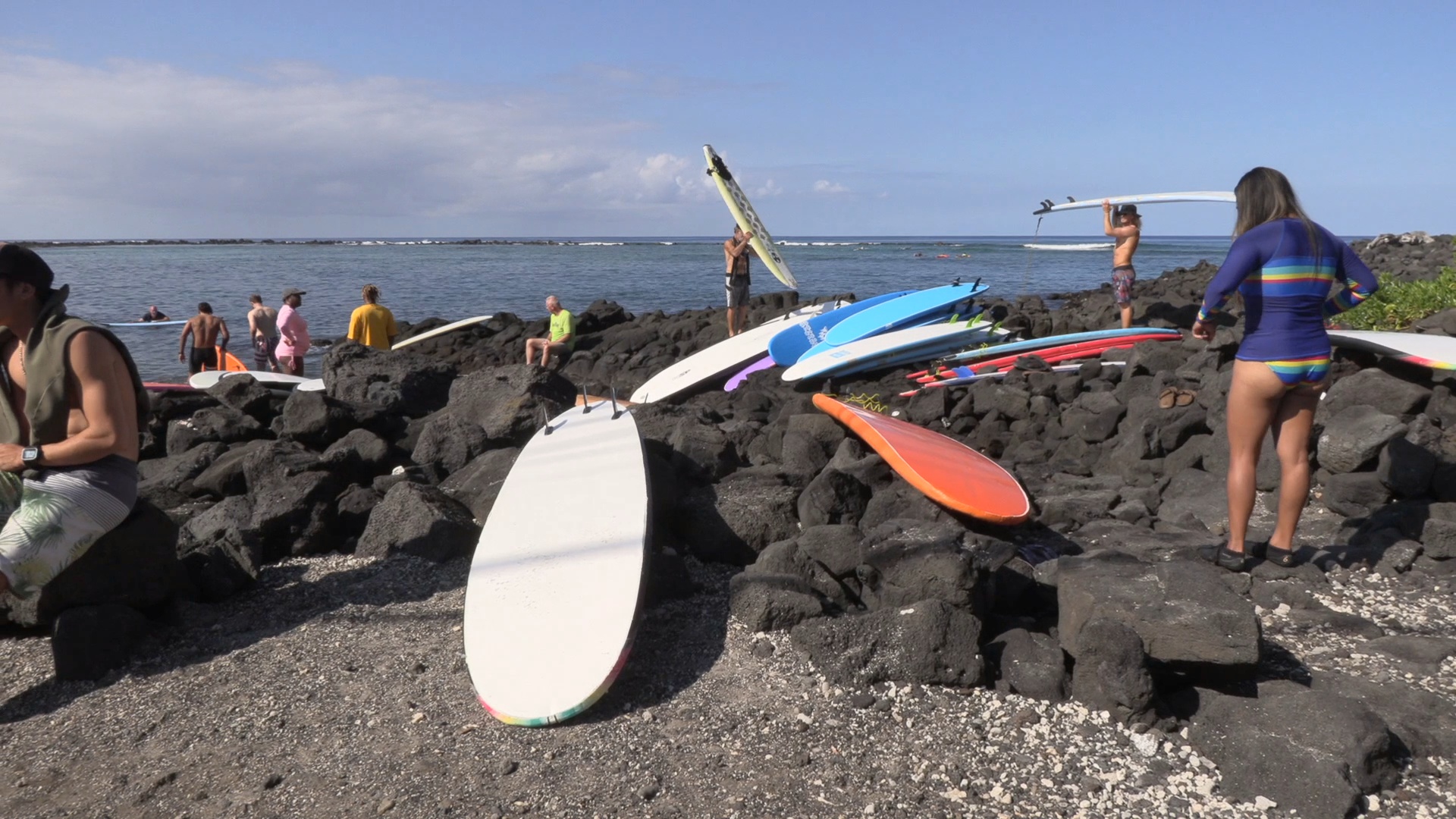 (BIVN) – The Hawaiʻi Board of Land and Natural Resources on Thursday unanimously approved amended rules for commercial surfing instruction at Kahalu‘u Bay in Kona.

After the Governor signs the new rules, there will only be four permitted commercial operators allowed, at any one time, in “Zone A” of Kahaluʻu. Also, there shall be “no more than four students, regardless of the number of a company’s instructors in the water.”

Zone A, shown on the map below, is the only part of Kahalu‘u Bay where commercial surf instruction is allowed. 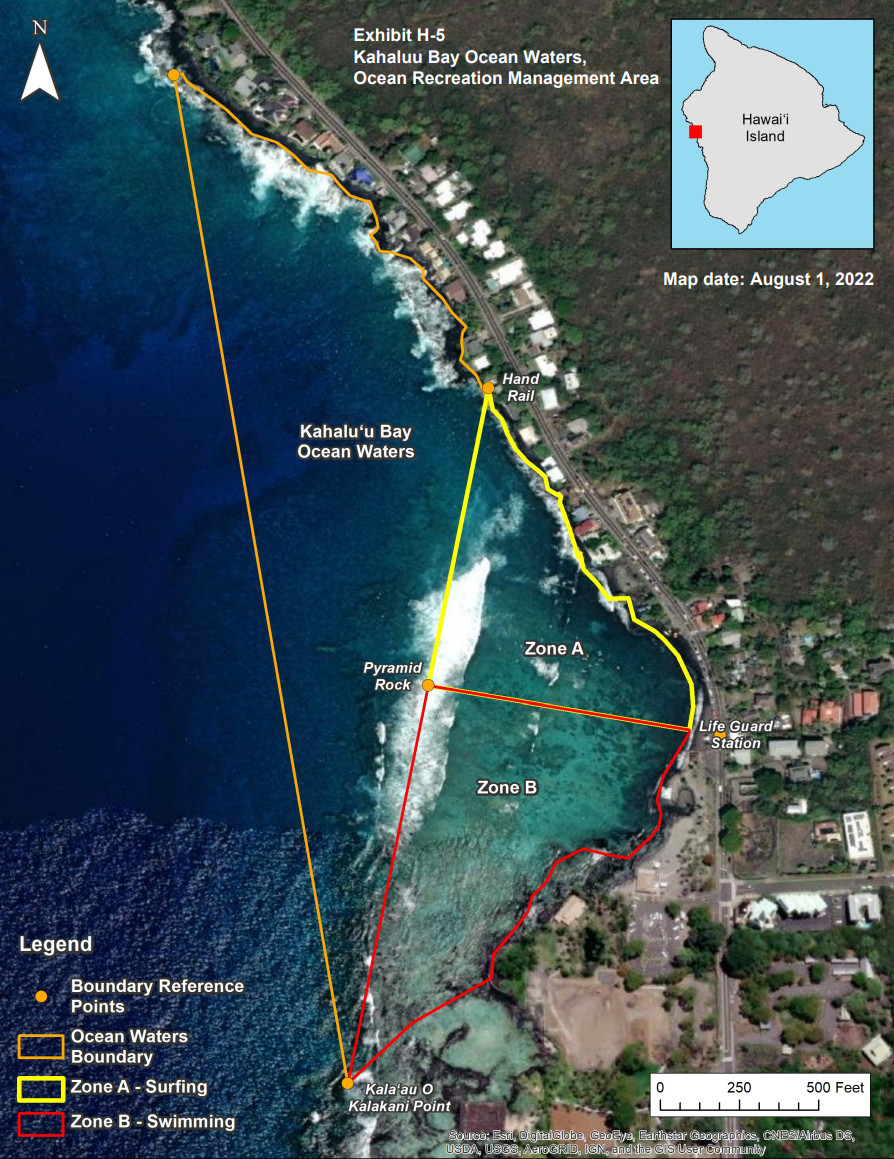 “The Kahalu‘u Bay rules were amended in 2016 to permit the County of Hawai‘i to select a non-profit organization to solicit bids from entities to receive permits,” explained Meghan Statts, Assistant Administrator of the DLNR Division of Boating and Ocean Recreation in a news release. “However, the non-profit retained by the county failed to make any selections and we agreed with the county that DOBOR would take the lead in selecting permittees.”

The land board vote follows more than a year of outreach and two public hearings, the Hawaiʻi Department of Land and Natural Resources says. From a DLNR news release:

Testimony at an October 14 public hearing focused on opposition to commercial operation shifts. DOBOR recommended that the BLNR remove a proposal to create eight (8) permits with shifts and instead maintain existing rule language which implements four (4) surf instruction permits without shifts. 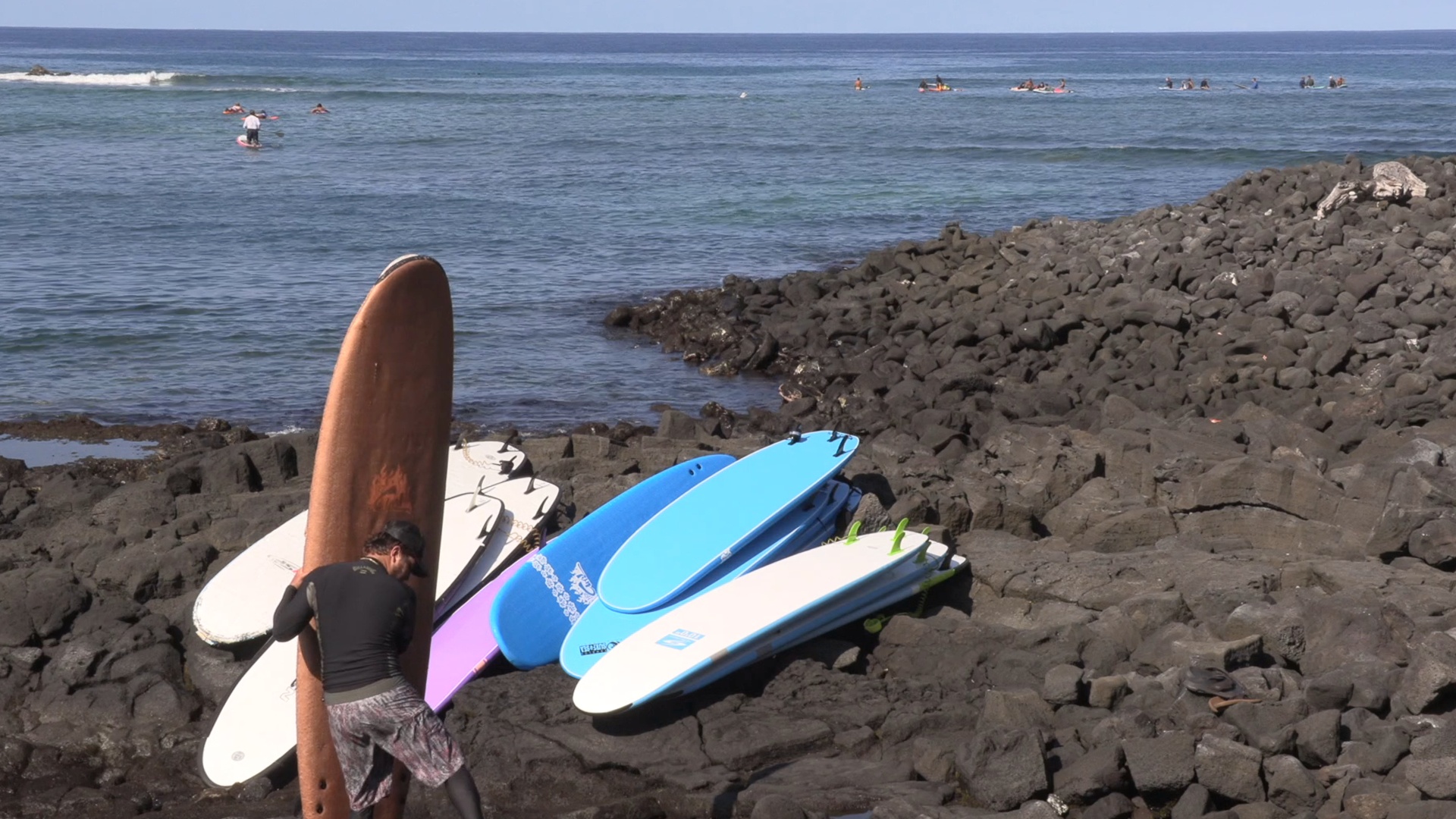 “We believe these new rules will help mitigate many of the issues associated with this very popular surf school location,” Statts said.