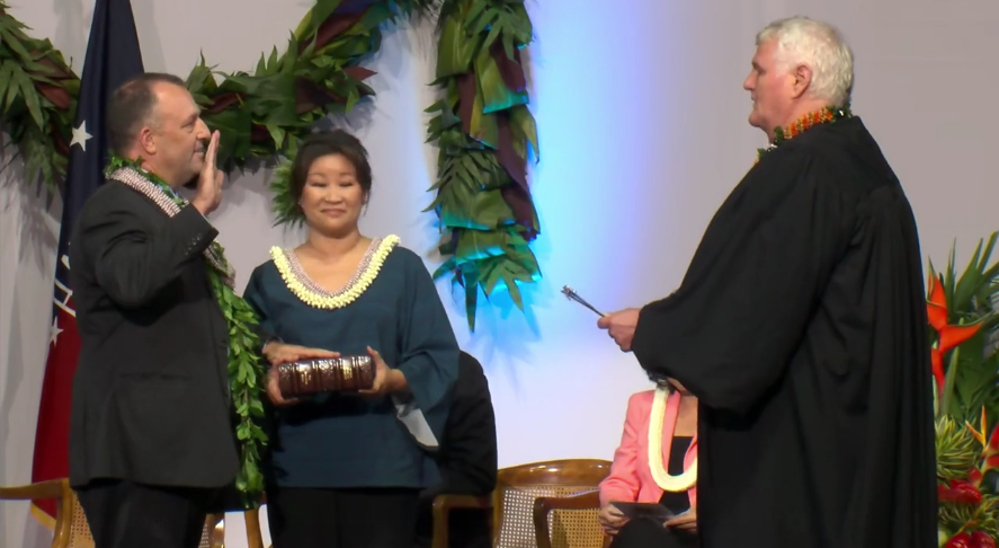 Image from livestream of inauguration ceremony

HONOLULU - The former Big Island doctor / legislator is now the Governor of the State of Hawai‘i. Green was administered the oath of office on Monday.

(BIVN) – Josh B. Green, M.D., on Monday was officially sworn in as the ninth Governor of the State of Hawai‘i.


“When we come together, we can meet any challenge, and accomplish anything we set our minds to,” said Governor Green, once a Big Isand doctor. “We can set an example for the whole world on the issues of housing, homelessness, poverty, and climate change if we truly come together and commit to putting our values of ‘ohana and aloha into practice – and make them a reality for everyone in Hawai‘i.”

In a news release issued after the inauguration ceremony at the Neal S. Blaisdell Center Arena on Oʻahu, Green outlined plans to unite the state towards a common purpose, including:

The text of Gov. Green’s full speech has been posted online.

During the same ceremony, Sylvia Luke was sworn in as Lt. Governor for the State of Hawai‘i. Luke is the first person of Korean ancestry elected to statewide office.