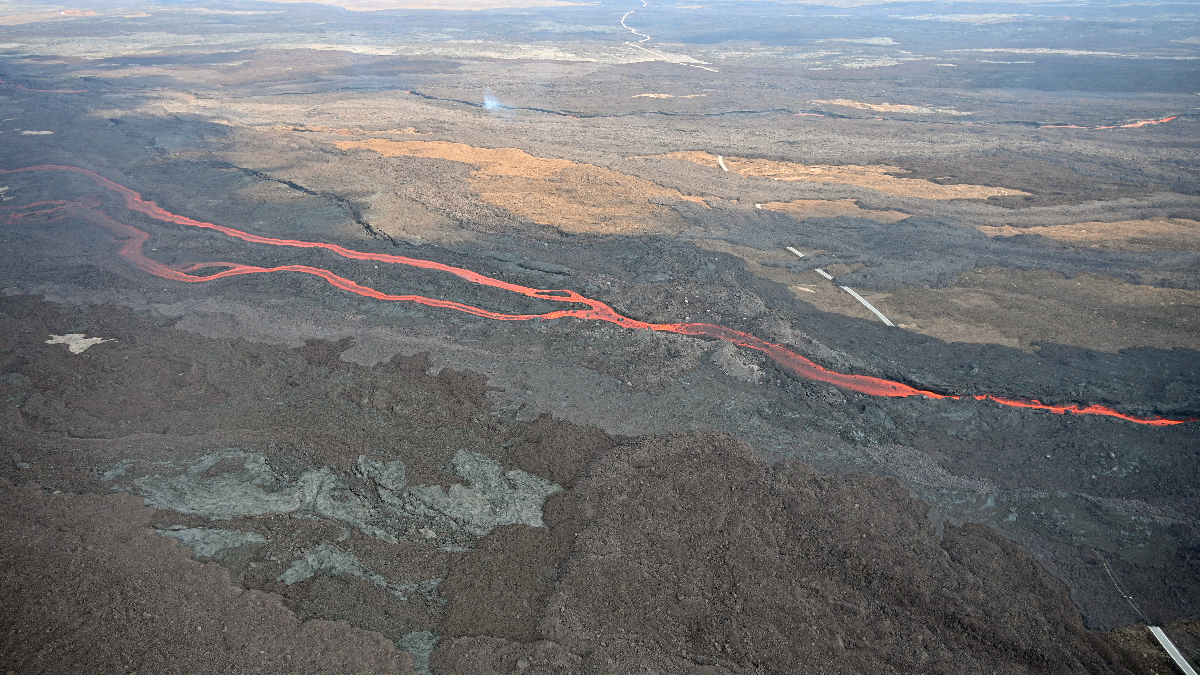 USGS: "This image, taken midday during a helicopter overflight of Mauna Loa's eruption on December 5, 2022, shows a lava flow branching after it cuts across the Mauna Loa Access Road. The large blocks in channel are called lava boats. These are termed lava balls or lava boats and form when portions of the fissure 3 cone or levees break away and are rafted down stream. As they move along in the channel, additional lava can cool to their surface to form accretionary lava balls." (USGS image by L. Gallant.)

HAWAII ISLAND - Lava is now less than two miles from the Daniel K. Inouye Highway, and is advancing at a faster rate compared to the slow crawl of the past few days.

From the USGS Hawaiian Volcano Observatory at 8:32 a.m. HST:

As of 5:00 a.m. today, December 6, the flow front was about 1.93 mi (3.1 km) from the Daniel K. Inouye Highway (Saddle Road). There continued to be several small overflows from main channels recorded over the past day and a brief surge at the flow front yesterday morning. During the past 24 hours, the lava flow advanced at an average rate of about 68 feet per hour (21 meters per hour), about twice the rate for the past several days. Over shorter periods, the advance rate varied from 62 to 90 feet per hour (18.8 to 27.4 m per hour). The lava flow remains active and is continuously supplied from the fissure 3 vent. 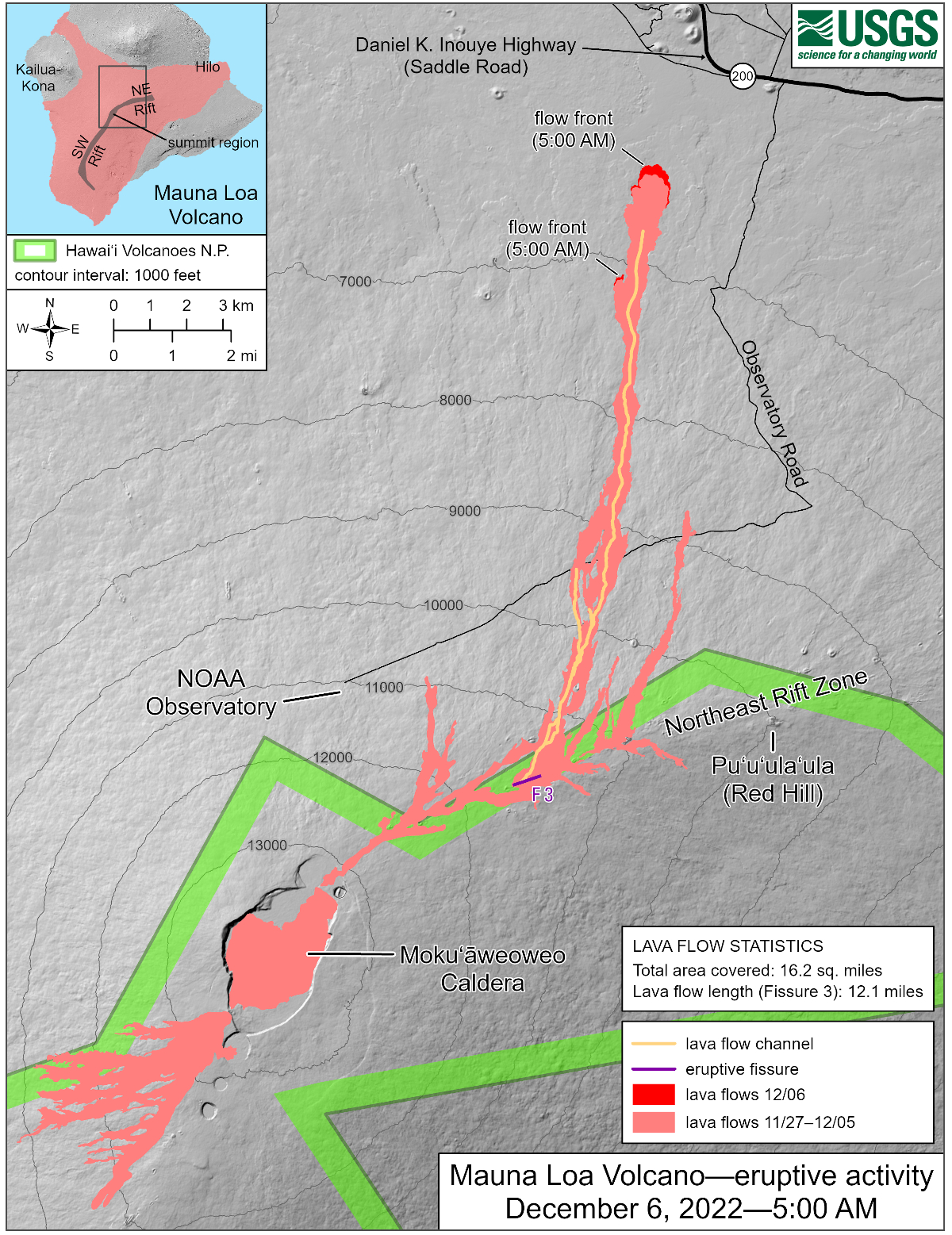 USGS: The Northeast Rift Zone eruption of Mauna Loa that began the evening of November 27, 2022, continues as of December 6, 2022 (ninth full day). One active fissure, fissure 3, is feeding a lava flow downslope to the north. HVO field crews and USGS analysts have accurately mapped some of the most active flows, displayed in red here, along with older flows further uprift, in part of Mokuʻāweoweo caldera, and in the upper summit region southwest of the caldera. Lava flow length was measured by tracing the continuous active channel shown in yellow here and then extending the measurement to the distal lava flow extent measured in satellite data. The increase in area covered by lava flows over the past 24 hours reflects better resolution mapping rather than actual flow expansion. Lava flow expansion over the past 24 hours is shown in red and amounts to 0.14 square miles (90 acres).”

Sulfur dioxide (SO2) emission rates of approximately 120,000 tonnes per day (t/d) were measured on December 4, 2022, and remain elevated at this time