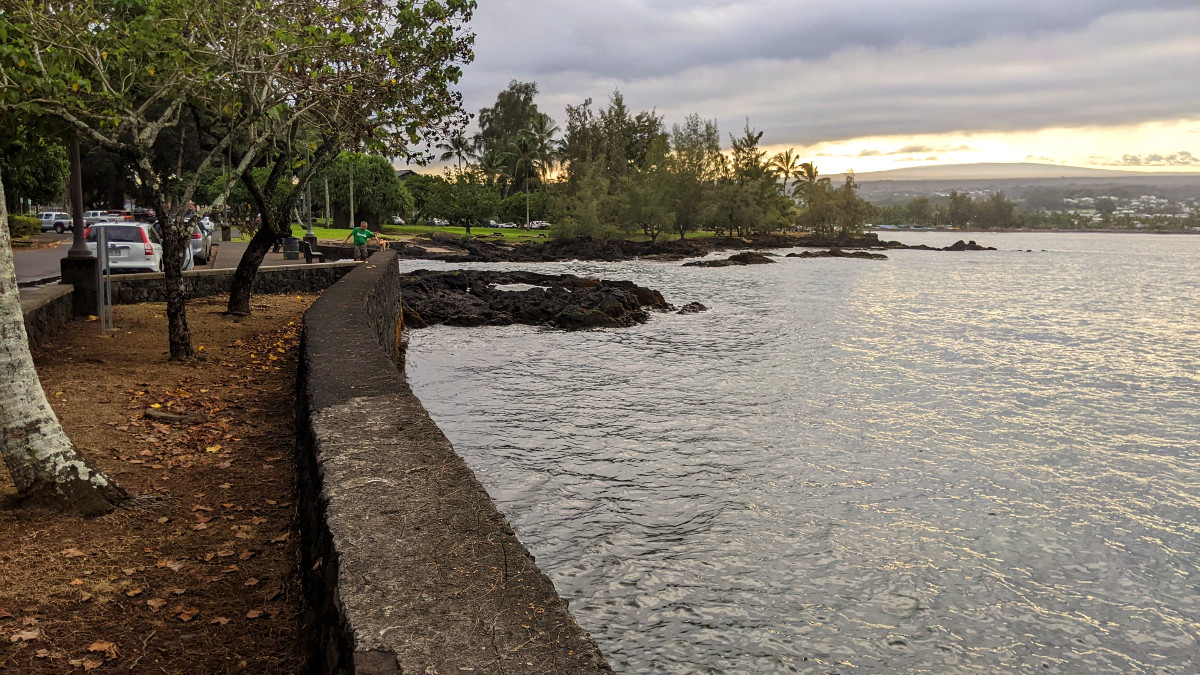 photo taken on Lihiwai near the shoreline off Liliʻuokalani Gardens

HILO, Hawaiʻi - Police say there were no signs of foul play identified, and they are working to identify the body.

(BIVN) – The discovery of a body along the shore of Hilo Bay near Isles is under investigation.

Shortly after 12:30 p.m. on Sunday, December 11, 2022, Hilo patrol officers and Hawai‘i Fire Department personnel responded to the shoreline area fronting a business establishment in the 100 block of Lihiwai Street, after receiving a report of a body being located at water’s edge along the shoreline.

Area I Criminal Investigation Section personnel responded to the scene to continue this investigation, which is currently classified as a coroner’s inquest. Preliminary observations of the body did not identify signs of foul play. The victim, who appears to be a local male in his mid-50’s, appears to have been dead for less than 24 hours. An autopsy will be performed early this week to determine the exact cause of death.

The victim was transported to the Hilo Medical Center for official pronouncement of death. The victim’s identity is pending positive identification and notification of next of kin.

Police are asking anyone who may have information relative to this case to call the police department’s non-emergency number at (808) 935-3311, or Detective Clarence Davies of the Area I Criminal Investigation Section at (808) 961-2382 or email Clarence.Davies@hawaiicounty.gov.

Police also say that tipsters who prefer to remain anonymous may call the islandwide Crime Stoppers number at (808) 961-8300 and may be eligible for a reward of up to $1,000. All Crime Stoppers information is kept confidential.